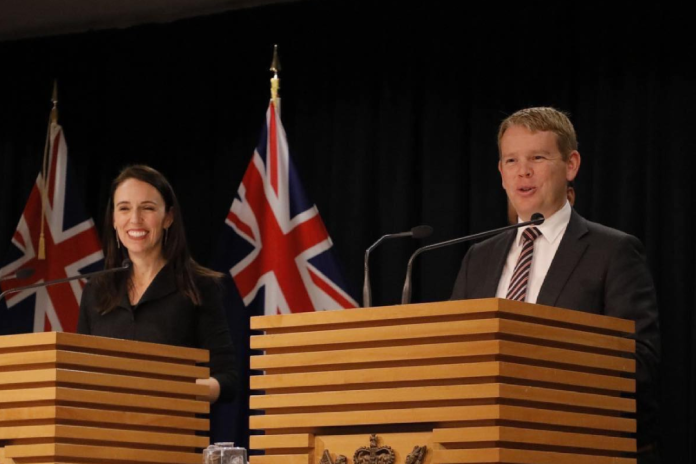 Wellington: Chris Hipkins is set to replace Jacinda Ardern as leader of the Labour party and New Zealand’s prime minister after being the only candidate to be nominated for the role, the Labour Party said in a statement.

“The Labour Party caucus will meet at 1 pm on Sunday to endorse the nomination and confirm Chris Hipkins as Party Leader,” Duncan Webb said.

Hipkins was first elected to parliament in 2008 and was appointed minister for Covid-19 in November 2020.

He is currently the minister for police, education and public service.

The shocking decision from Ardern comes after five and a half years of tenure leading New Zealand through the coronavirus pandemic.
Ardern said she knew what the prime minister’s job took and believed she “no longer had enough in the tank to do it justice” but there were colleagues who could.

She said her Government had achieved a lot and she was not standing down because she did not believe Labour could win the next election, but because she thought it could.

Speaking to the media, Ardern said there was no special “angle” or “real reason” why she wanted to resign, only that she was “human”.

“To Neve, mum is looking forward to being there when you start school next year. To Clarke, let’s finally get married.”

Nominations for the position of leader, and Prime Minister, had to be received by 9 am today (local time), reported RNZ.

The nomination needed the support of at least 10 per cent of the caucus – seven MPs – not including Hipkins.

Hipkins still has to be formally endorsed by the caucus at a meeting on Sunday, reported RNZ.