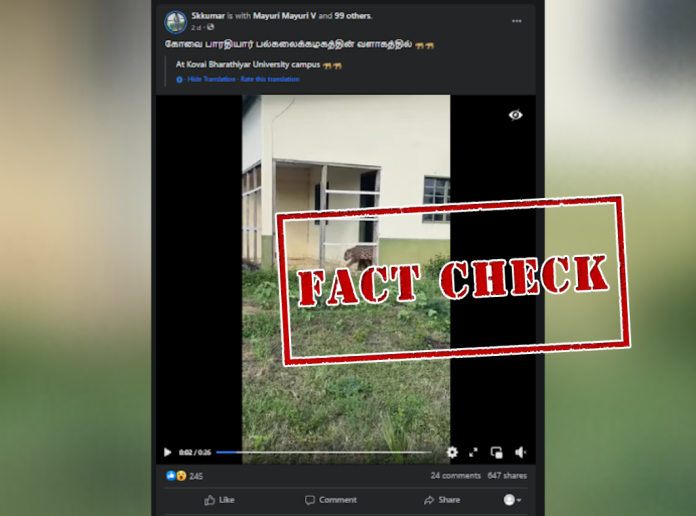 A viral video showing two leopards coming out of a building is doing the rounds on social media. The video claims that the incident happened at the Kovai Bharathiyar University Campus in Coimbatore, Tamil Nadu. 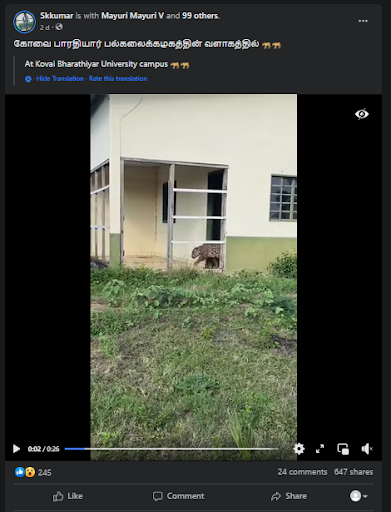 If leopards were spotted on a university campus, they would have been covered by multiple media houses.

The image in the news report matches one of the keyframes. According to sources, these leopards were spotted in Miranda, in the Retiro Acurizal region of Brazil.

The video was also posted on Instagram, dated October 9, 2022, by a user named dr.brunofernandesvet. The caption of the post informs that the leopards were spotted living inside one of the houses in the Cristo Redentor Farm, Miranda – MS, Retiro Acurizal. This confirms that the video is from Brazil. 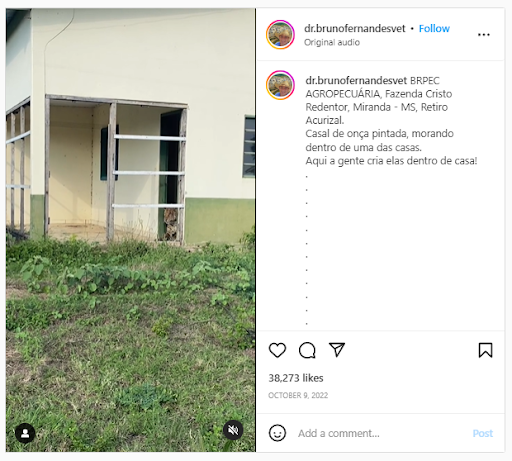 Therefore, we can conclusively say that the viral video of leopards on the Kovai Bharathiyar University campus is false.