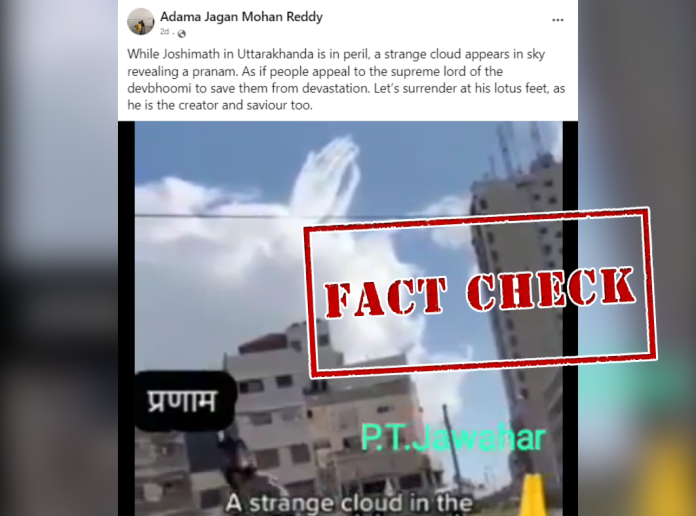 Amid the crisis that has forced residents to flee their homes in Uttarakhand’s Joshimath, a video of a bizarre cloud formation is widely shared on social media, with many stating that the clouds resemble folded hands or ‘pranaam.’

The video is shared on Facebook with a caption: “While Joshimath in Uttarakhand is in peril, a strange cloud appears in the sky revealing a pranam. As if people appeal to the supreme lord of Devbhoomi to save them from devastation. Let’s surrender at his lotus feet, as he is the creator and saviour, too” 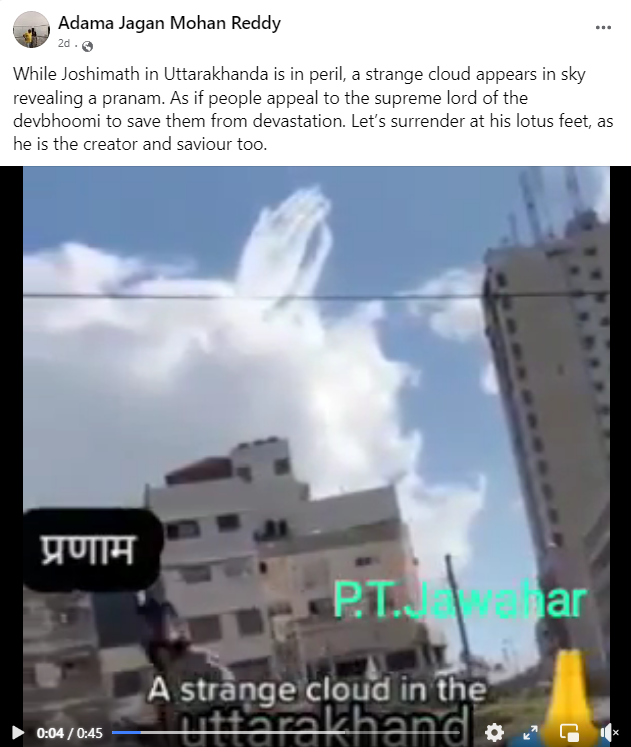 Performed a Reverse Image Search, we traced a Facebook page that carried the same viral video on December 15, 2022, with a caption: “A strange cloud in the sky of America”. Moreover, this video also contained the TikTok logo along with the username “@myuz_gaza1”. 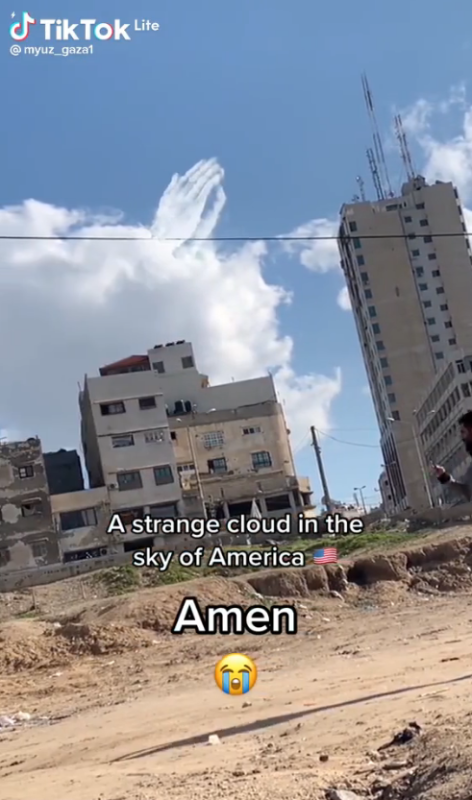 There are several YouTube videos of different cloud formations with this same TikTok username. People can be seen staring at the sky in one such video, published on YouTube in 2021, as a ghostly entity drifted and vanished in seconds. Another video followed the same trend, with a crowd pointing to the sky while a fading monument floated with the clouds. “Everyone has seen it in Indonesia,” the video’s caption says. Surprisingly, the font style in these videos was same as the one that went viral. 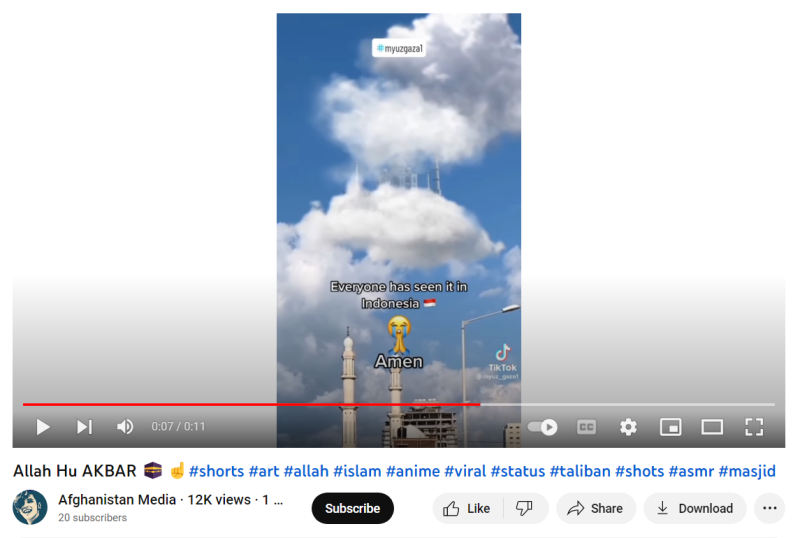 We also identified a Yahoo News story in Mandarin about clouds producing a magnificent sight of three galloping horses. The video was posted with the hashtag “Myuz Gaza,” according to BBC. It further stated that the film was CGI and did not depict genuine phenomena. 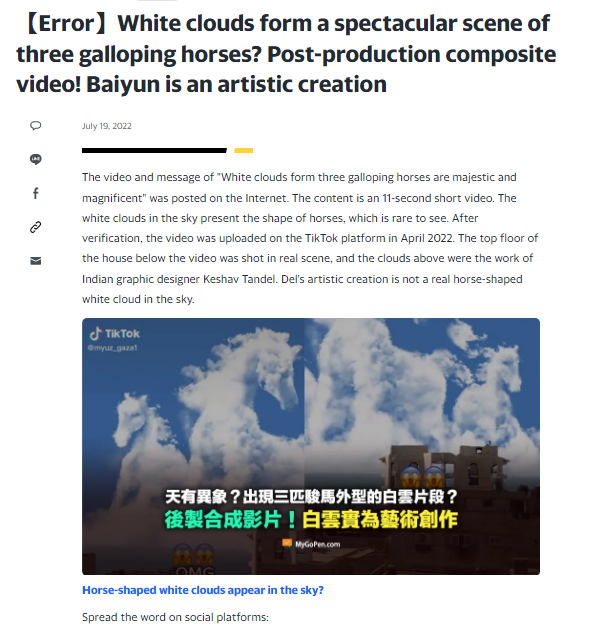 A YouTube page “Myuz Gaza” carries a similar video showing clouding forming folded hands. We could not independently verify that the YouTube channel that published this video belonged to the same person. Interestingly, we identified one guy gazing at the sky who was also present in another viral video of an angel amid clouds. 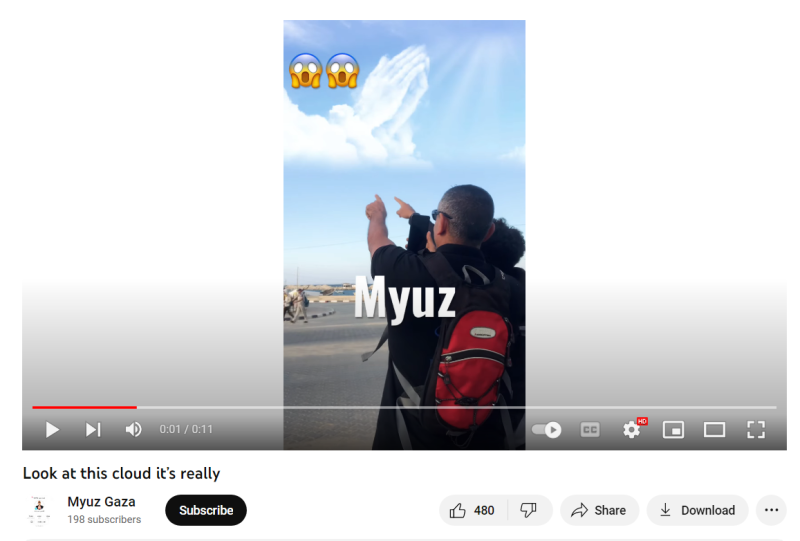 We also found an image of a folded hand position identical to the one featured in the video on Pixiz, a free photo editor. 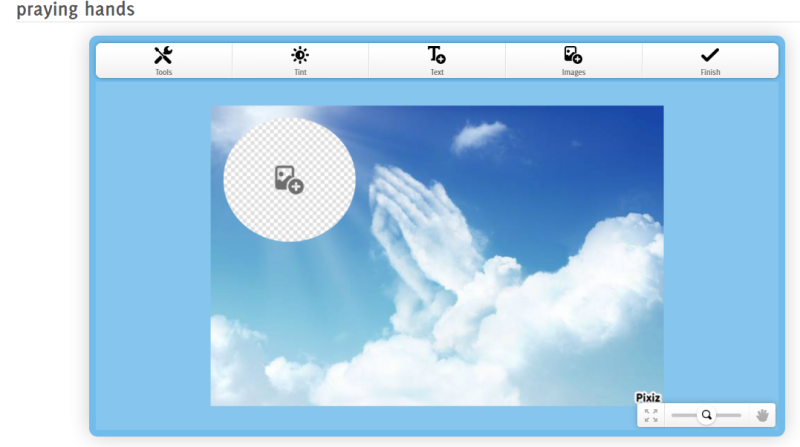 Moreover, if such a miraculous incident had happened in Joshimath, mainstream media would have definitely covered it. But we could not find any credible media report claiming the same. Therefore, the viral claim is false.