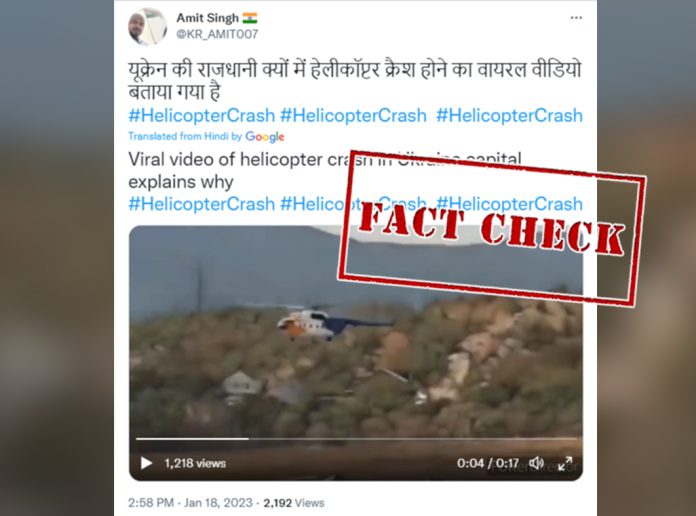 Fourteen people, including Ukraine’s Interior Minister and a child, were killed after a helicopter crash in the suburbs of Kyiv, on January 18, 2023. 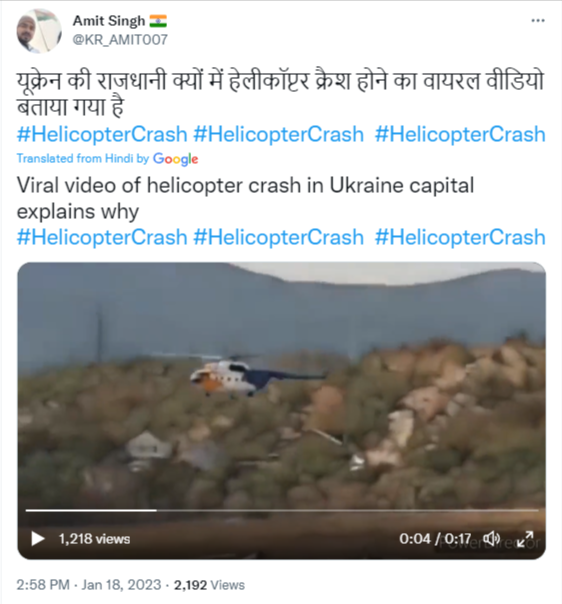 NewsMobile fact-checked the claim, and found it to be old.

On putting the keyframes of the video through Revse image search, we found the same video uploaded on YouTube, dated September 5, 2014. As per the video description, it is the Mi 8 helicopter in Gelendzhik, Russia, in 2014. The Mi-8 helicopter was crashed at the Gelendzhik airport while landing. Two people died, and one was injured. The crash was filmed by an airport employee. 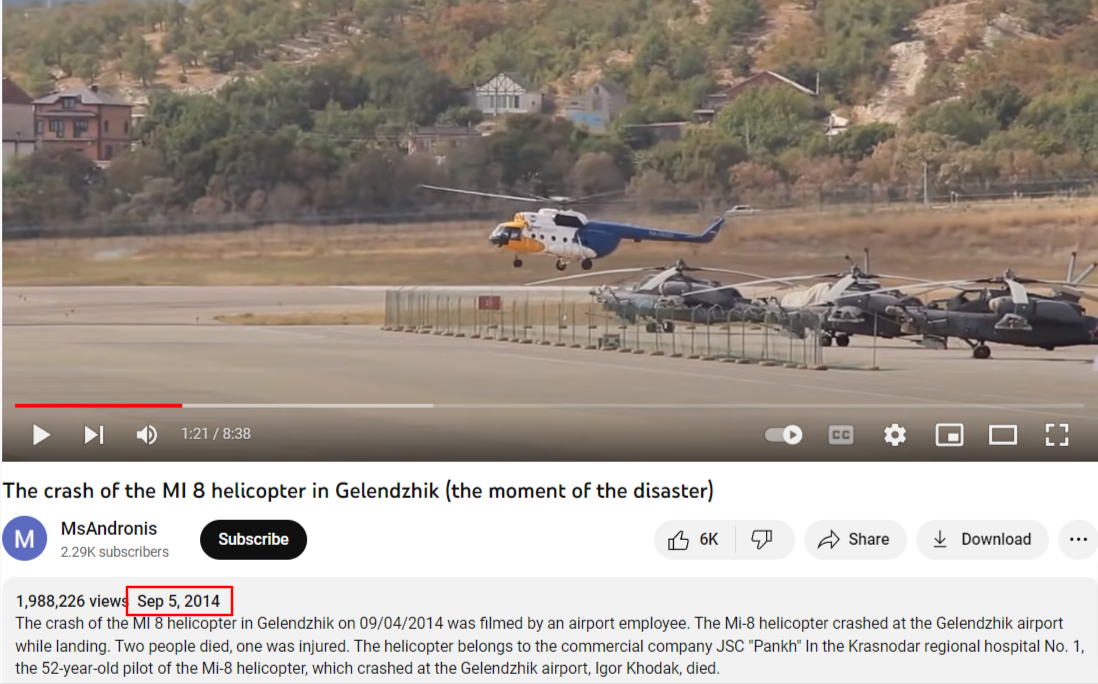 The screengrabs of the same video had been carried in another article by a website The Aviationist, dated September 5, 2014, mentioning that the Mi-8 Hip helicopter crashed during an air show in southern Russia. 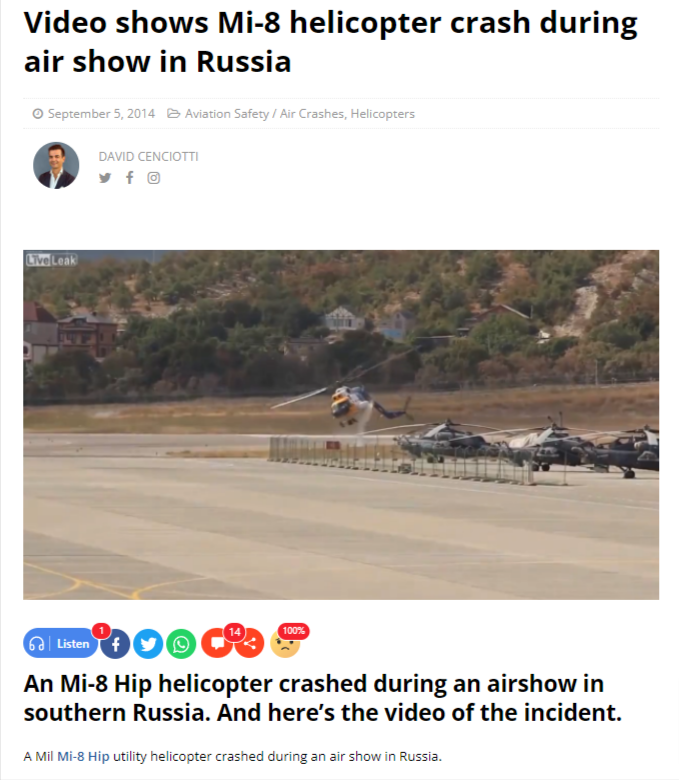 The report also mentioned that ‘the chopper, belonging to the Russian “Panh Helicopters” air company, was taking part in the opening phases of an international hydro air show in Gelendzhik’.

Hence, it is clear that the video in circulation is old and misleading.