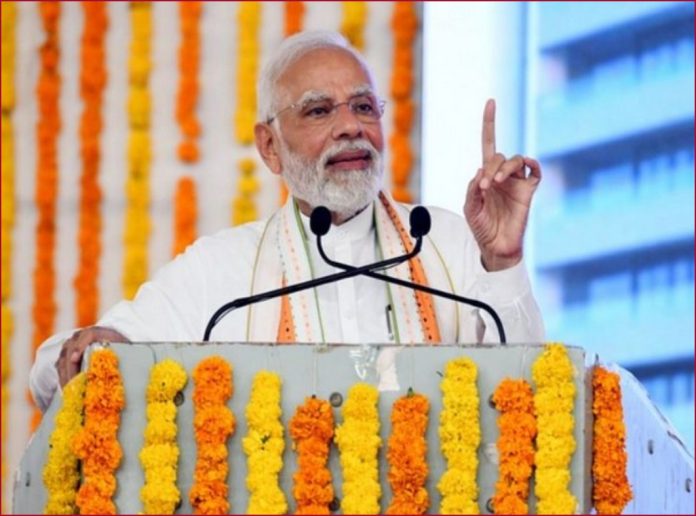 New Delhi: Prime Minister Narendra Modi on Tuesday while addressing the Bharatiya Janata Party workers on the final day of BJP’s National Executive Meeting, asked to refrain from making unnecessary comments on movies as they put the party’s development agenda on the back burner, newswire PTI reports.

PM Modi said that while everyone in the party works hard, some people make some comments on a movie, and the entire narrative changes.

Narottam Mishra fumed over the saffron costume donned by Deepika Padukone in the film’s song ‘Besharam Rang’ and called some scenes ‘highly objectionable’ and shot with a ‘dirty mindset,’ while, Ram Kadam questioned the filmmakers if the movie was a ploy to gain ‘cheap publicity’ or whether there was a conspiracy behind their decision.

PM Modi also called upon party functionaries to forge connections with people from all sections of society with sensitivity, without worrying about votes. He asked to establish a relationship with the professionals and educated people of the minority community, including Bohra and Pasmanda Muslims, as well as Sikh and Christian communities, without worrying about votes and said BJP is not only concerned about votes but rather wants to bring change in the society and country.