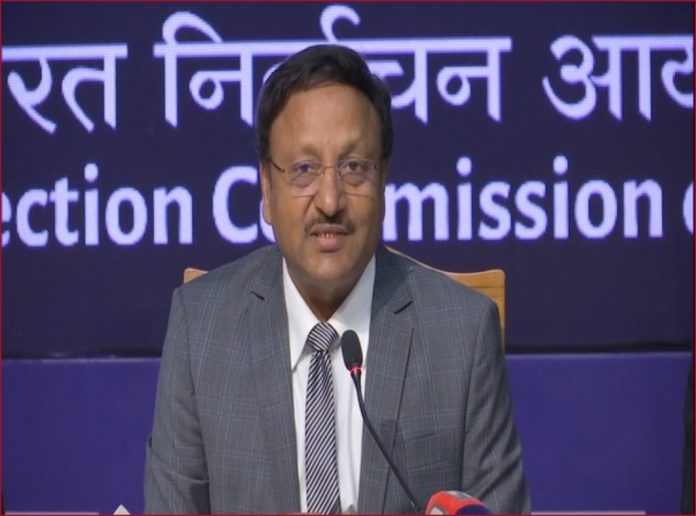 New Delhi: The Election Commission on Wednesday announced the schedule for Assembly elections to the northeastern states of Tripura, Meghalaya and Nagaland to be held in February-March this year.

The results of all three states will be declared on March 2, 2023. 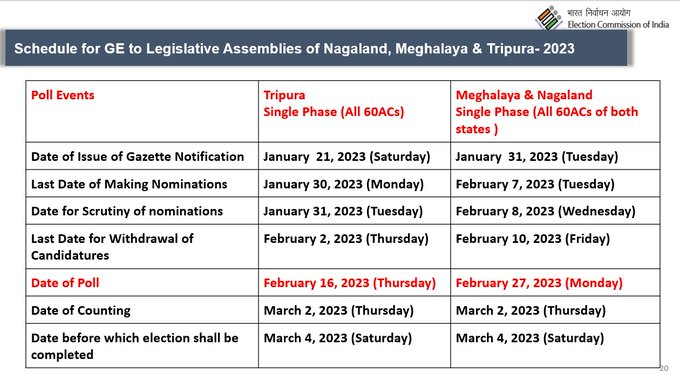 “Voting for Assembly elections in Tripura will be held in a single phase on February 16 and in Nagaland and Meghalaya on February 27. The results will be declared on March 2,” Chief Election Commissioner Rajiv Kumar said during a press conference.

Detailing the number of voters in the poll-bound states, Kumar said, “There are more than 62.8 lakh electors combined in Nagaland, Meghalaya & Tripura including – 31.47 lakh female electors, 97,000 80+ voters, and 31,700 PwD voters. Over 1.76 lakh first-time voters to participate in the elections in 3 states.”

He also informed that there will be some polling stations managed completely by PwDs and women staff. Women will be in command in 376 PS across Nagaland, Meghalaya and Tripura.

The CEC said that the officials from the Commission recently visited the three states and met the officials regarding the poll preparations and directed them to resort to “zero tolerance” for any kind of violence during the elections.

“We recently visited these three states from January 11 to 15, and met all the district collectors, SPs, DGs and all the enforcement agencies. There are only 2-3 states of the entire country in which pre-poll, during the poll or post-poll violence is left. there was no violence in the last 12 elections. With the help of the district administration, we have told them very clearly that society should have zero tolerance for any kind of violence during the elections,” he said.