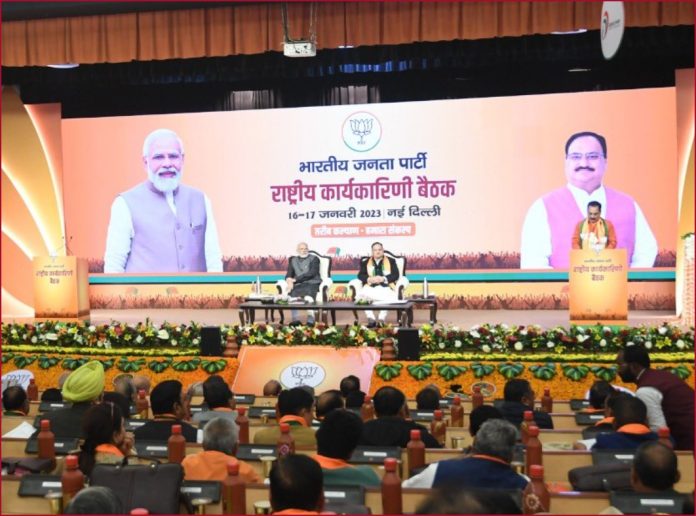 New Delhi: The two-day National Executive meeting of the Bharatiya Janata Party (BJP) concluded in the national capital on Tuesday.

Earlier in the day, JP Nadda’s term as the national president of BJP was extended till June 2024, on the second day of the national executive meeting.

Addressing a press conference, Union Home Minister Amit Shah said, “I am confident that under the leadership of Prime Minister Narendra Modi and (JP) Nadda-ji, the BJP will win the 2024 Lok Sabha elections by an even bigger majority. Modi-ji will return to lead the country as the Prime Minister.”

Laying emphasis on programs that bind the nation in one thread, PM Modi asked party workers, to insist on organizing more programs like the Kashi-Tamil Sangam, so that all the states share their culture, civilization and heritage with each other and the country unites culturally in the one thread of unity.