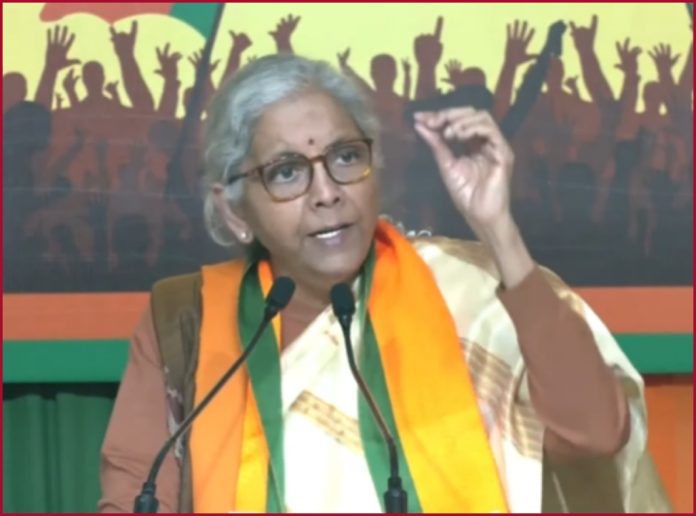 New Delhi: Addressing a press conference at NDMC Convention Centre on Monday in the national capital, Union Minister Nirmala Sitharaman said that various topics were discussed during the National Executive Meeting, which included the discussion on the Opposition’s derogatory remarks on Prime Minister Narendra Modi, G20, and Assembly elections.

Briefing the media about the resolution moved in the meeting, she accused the opposition for continuously running “negative campaigns” against the BJP and PM Modi, the Minister said that the Supreme Court “crushed” their campaigns and “exposed them”.

“All these cases were fought in court and judgement has been in favour of the central govt. Supreme Court crushed opposition’s negative campaigns and exposed them through legal responses,” she said.

The Minister also lauded PM Modi’s leadership for boosting India’s image on the global stage and said that the national executive thanked the Prime Minister.

“India’s image on the global stage is at an all-time high, be it G20, SCO, or UN Security Council leadership, and how PM’s image continued to dominate the world’s agenda was also discussed. The national executive also thanked PM Modi ji over the global acceptance of the G20 mantra under India’s presidency of One Earth, One Family & One Future. Apart from this council also thanked the PM for his initiative in UN reforms,” she said.

She also spoke about the speculations regarding the extension of the tenure of Bharatiya Janata Party (BJP) national president JP Nadda, and mentioned that there was not any discussion regarding the matter on the first day of the National Executive meeting of the party.