Zelenskyy’s Mission DC: ‘Ukraine Is Alive and Kicking… We Have Not Fallen’ | Newsmobile
Sunday, February 5, 2023

Home Big Story Zelenskyy’s Mission DC: ‘Ukraine Is Alive and Kicking… We Have Not Fallen’ 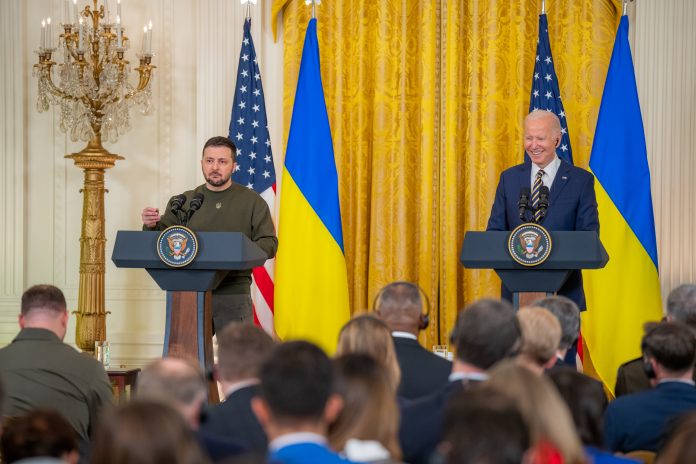 Washington: Ukraine is alive and kicking… we have not fallen, Ukraine President Volodymyr Zelenskyy said in Washington as he met the US President Joe Biden while addressing a joint session of the US Congress.

It was a different visit than other state visits shrouded in secrecy and Zelenskyy was ferried in a US VVIP aircraft to Andrews airbase and then for meetings at the White House, fearing a Russian attack during his journey out of Ukraine.

Zelenskyy came dressed in his green battle-hardened sweatshirt and pants. Zelenskyy the former actor played to the gallery well in DC.

Biden said: “We’re going to continue to strengthen Ukraine’s ability to defend itself, particularly air defence. That’s why, we’re going to provide Ukraine with a Patriot missile battery and train your forces to accurately use it. Together with our partners, we’ll also continue to impose costs on the Kremlin, and support Ukraine pursuing the goal of peace.” 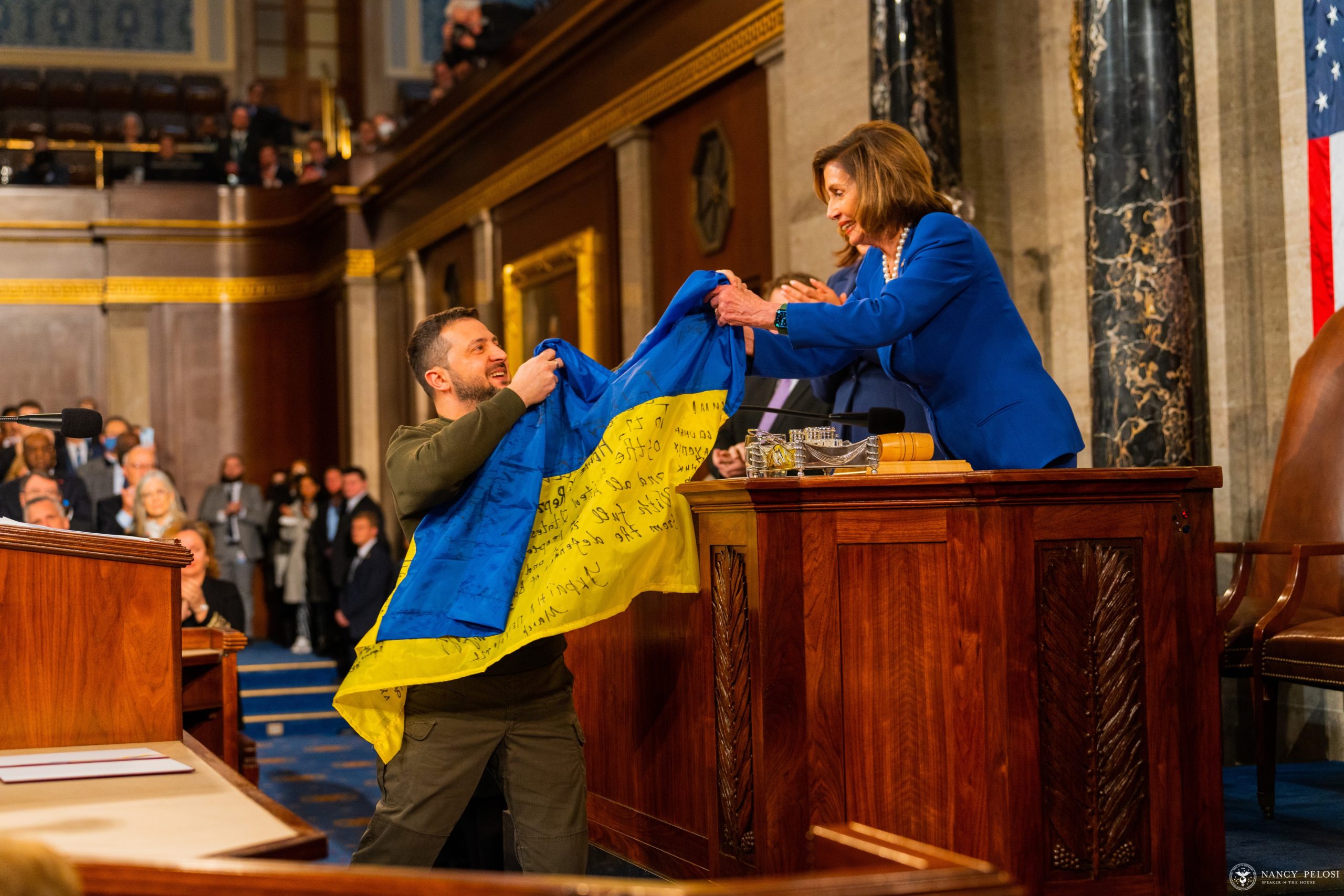 “The United States stands with the brave people of Ukraine, and we stand with you. You’ve been a great leader, the US President added.

At the joint session of US Congress, Zelenskyy thanked Biden and the American people, saying that he was not looking for a charity but an investment in security for the US allies in the region.

“It’s a great honour to be at the US Congress to speak to you and all Americans. Against all odds, and doom and gloom, Ukraine did not fall. Ukraine is alive and kicking. We have no fear,” Zelenskyy said, adding that Ukraine has won the first phase of the invasion. The Russian tyranny has lost control over us.” 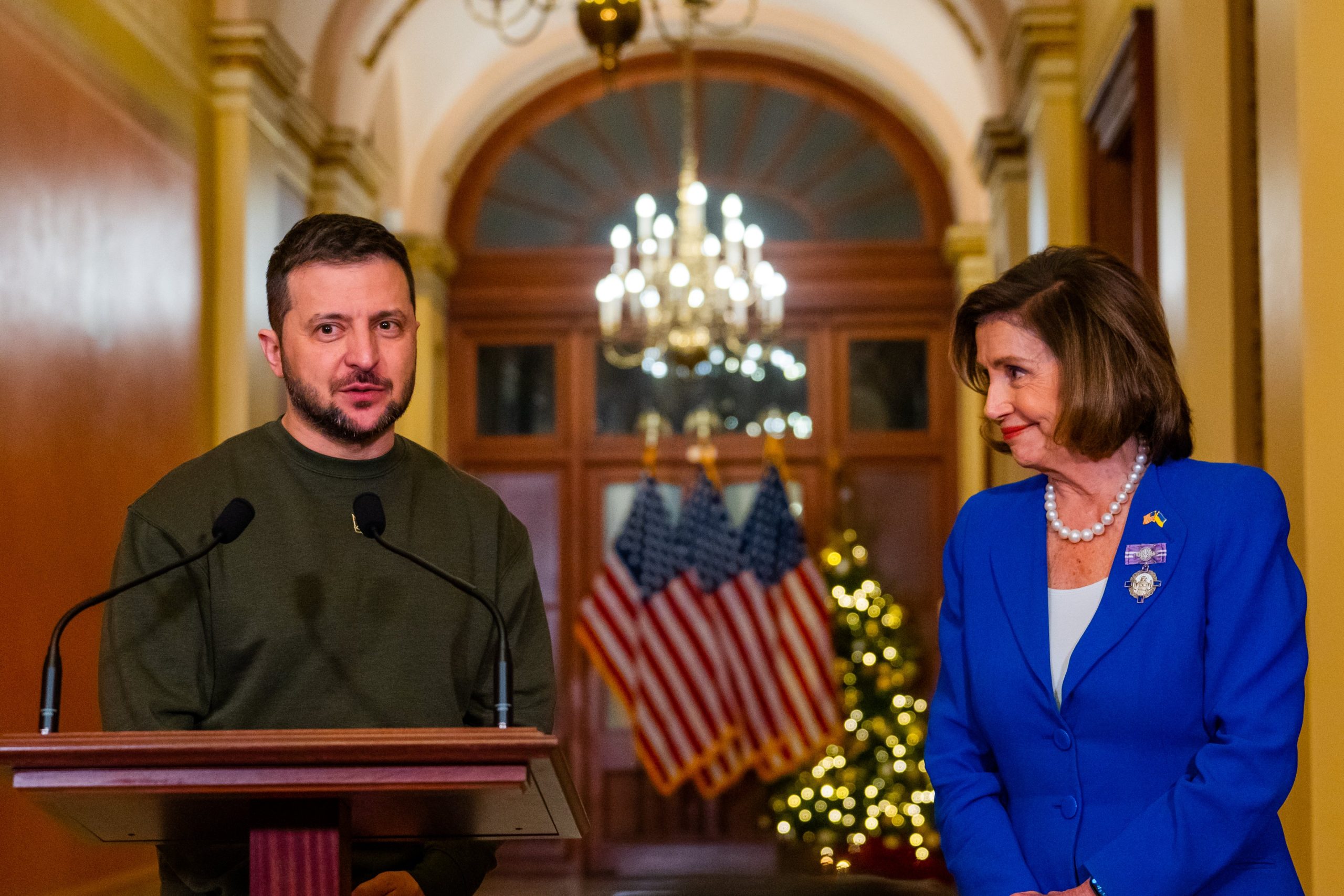 Zelenskyy emphasised that the world is too interconnected to ignore Russia’s war in Ukraine. “This battle cannot be frozen or postponed. It cannot be ignored, hoping that the ocean or something else will provide protection,” he said.

“From the United States to China, Europe to Latin America, the world is too interconnected and interdependent to allow someone to stay aside and simultaneously feel safe when such a battle continues,” he said.

Apart from the Patriot missile system, the massive package will include precision-guided bombs for their fighter jets. More details of the package from US are yet to be announced, which will bolster Ukraine’s air defences against Russian missile strikes. 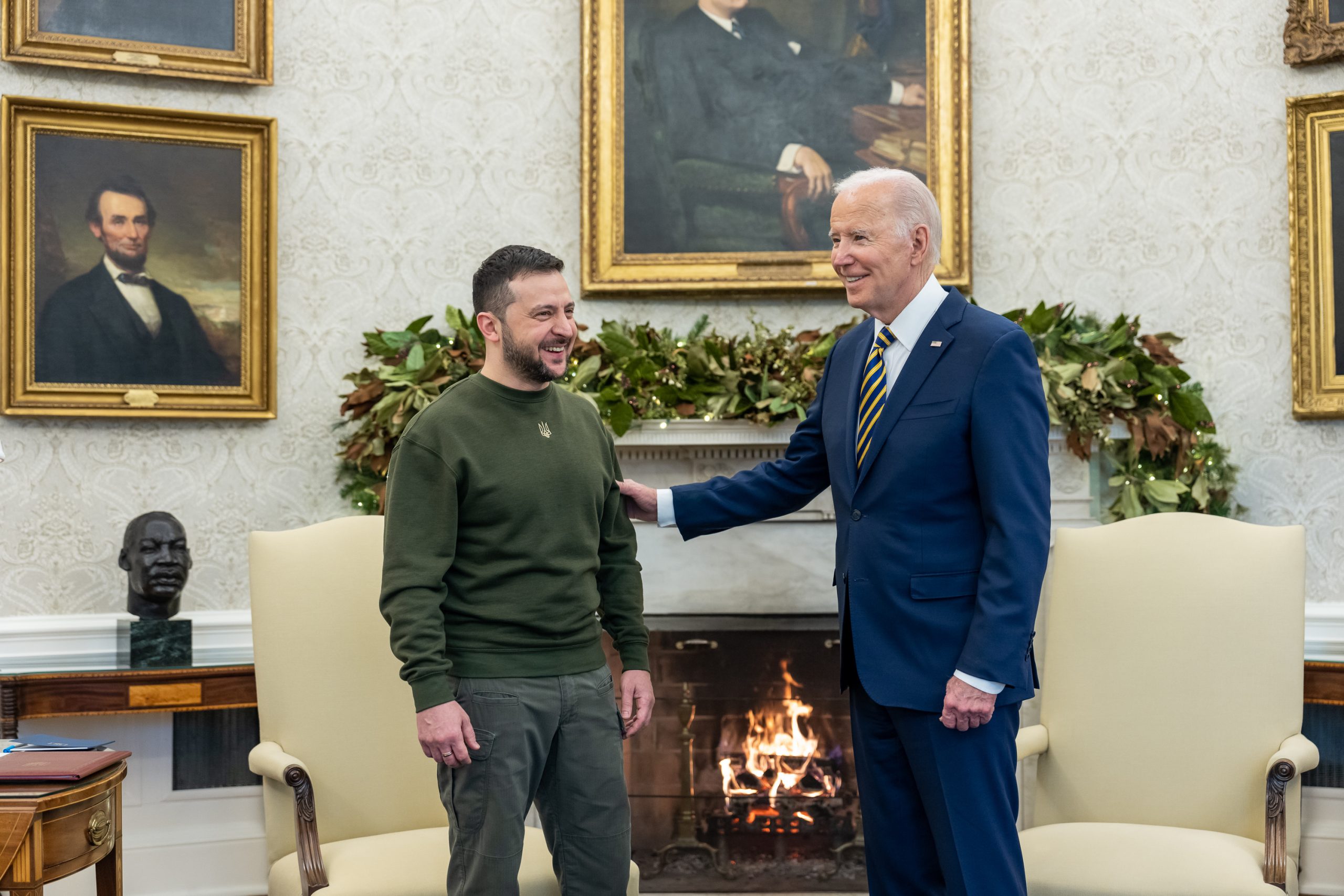 Zelenskyy presented a Ukrainian flag to the US House Speaker Nancy Pelosi, who also presented him with an American flag. Zelenskyy’s visit is strategically timed showcasing him as the champion of democracy and a leader who stalled Putin’s aggression. 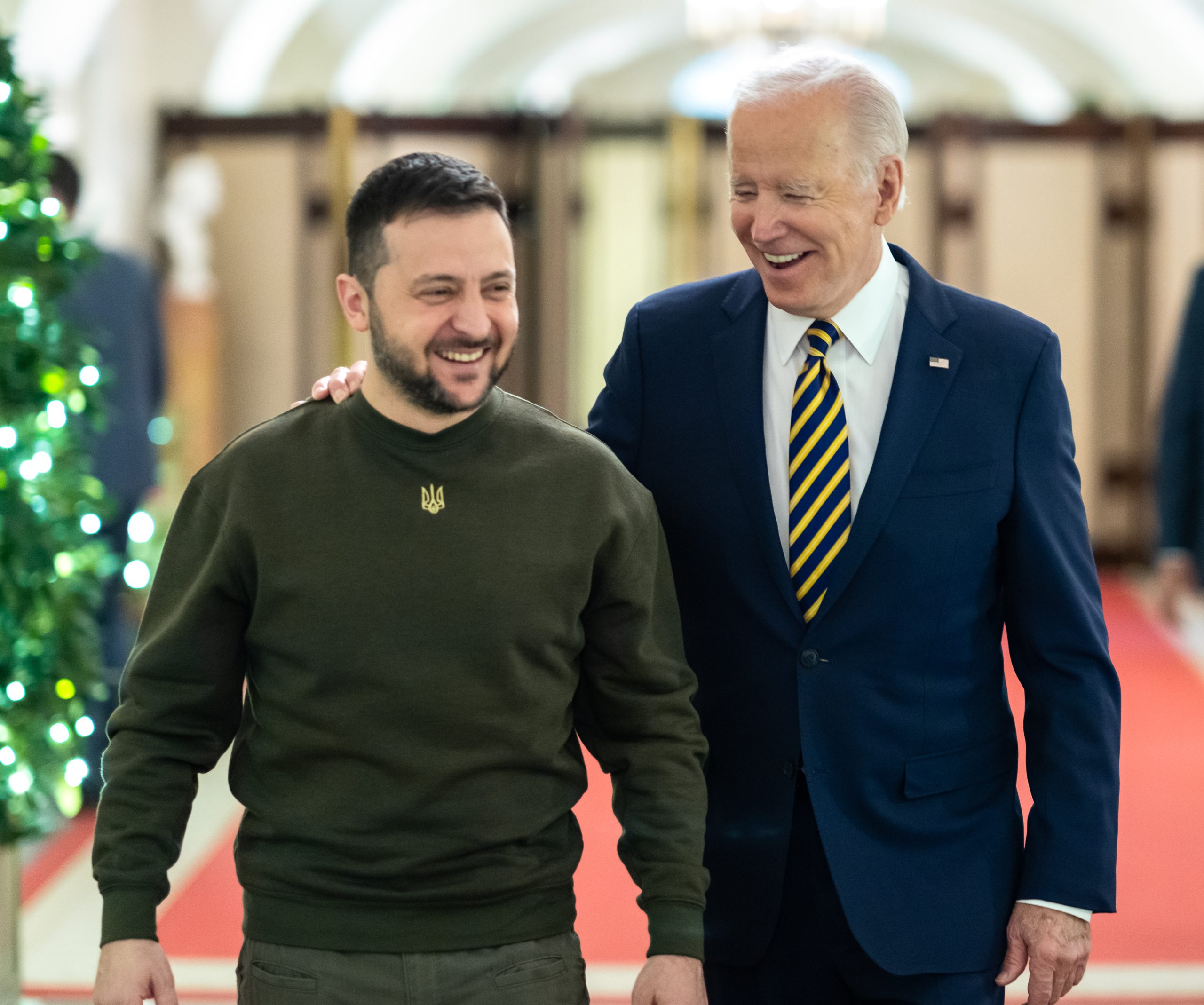 Next month Democrats are losing control of the US Congress and a bipartisan consensus will be required for further aid to Ukraine, considering many Republican leaders questioning the US tax dollars being spent on Ukraine.

However, for now, Zelenskyy’s Mission DC seems to have won him more admirers and supporters signalling further US support for the war-ravaged country.