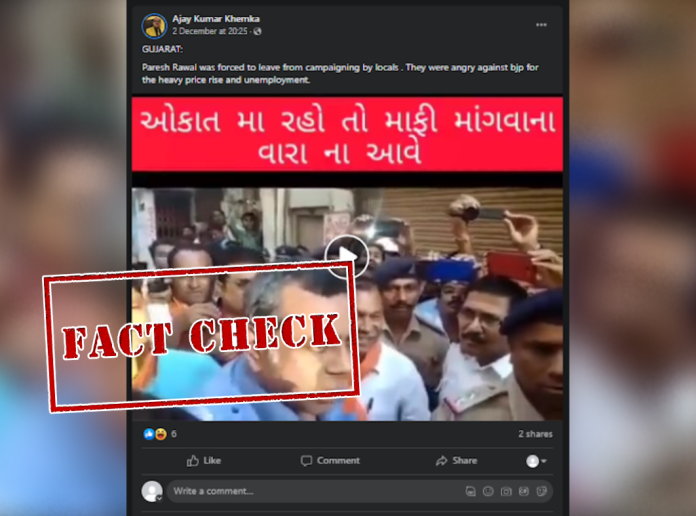 Actor and former BJP MP from Ahmedabad, Paresh Rawal, landed in trouble after his controversial remarks on Bengalis while campaigning for the party in Gujarat. He used a “cooking fish” stereotype that enraged the Bengalis and asserted that the people of Gujarat would tolerate inflation, but not “Bangladeshis and Rohingya” next door.

Against this backdrop, a viral video claiming that the actor was forced to leave his rally by the locals and later apologised to the crowd in person is doing the rounds on social media.

A Facebook user posted the viral video with a caption:
GUJARAT:
Paresh Rawal was forced to leave from campaigning by locals. They were angry against BJP for the heavy price rise and unemployment. The caption on the video translates to: If you stay in your limits, there will be no time to ask for forgiveness. 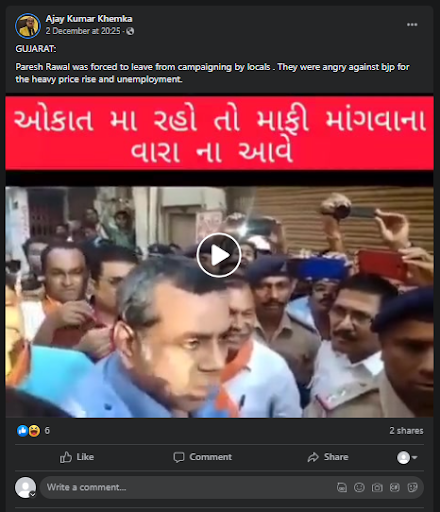 We identified a tweet on the official handle of the actor apologising to the public through the medium and clarifying that by Bengalis he meant Bangladeshis and Rohingyas, which further aggravated the public. 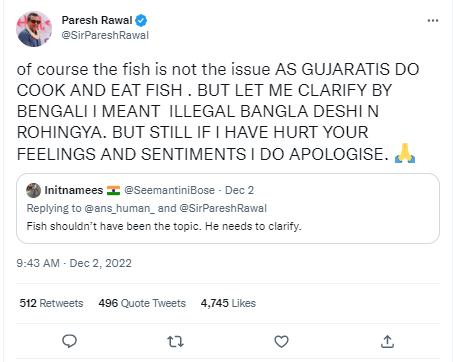 Running a Reverse Image Search of the video keyframes, we found a YouTube video titled: परेश रावल माफी मांगते हुए राजपूत समाज से, published on an unverified channel, dated November 30, 2017, indicating that the video is at least five years old. The title of the video indicates that the actor offered his apology to the Rajput Community.

Conducting a Keyword Search to find the reason behind the apology, we traced an article, titled: Comparison with monkeys was meant for Nizam of Hyderabad: Paresh Rawal in apology to Rajputs, published on DNA India, dated November 26, 2017. 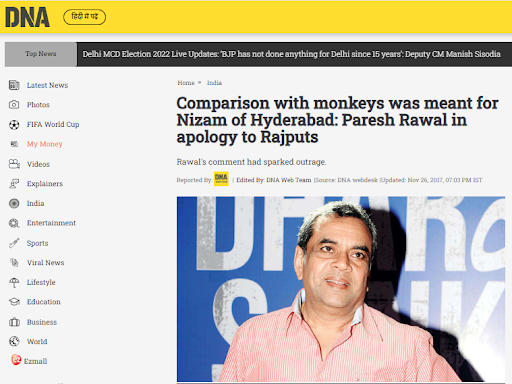 The article informs that Rawal landed in a controversy in 2017, when he spoke about Sardar Patel and compared the Rajputs (Royals) to monkeys at a rally in Gujarat. He later clarified that his statements were directed to the Nizams of Hyderabad and not the Rajputs. We also came across a tweet by ANI published on the same day with a screengrab of a video. 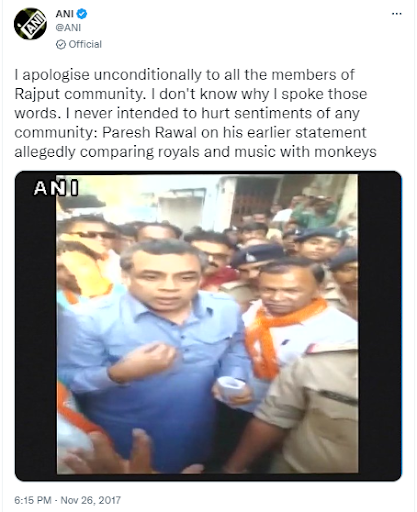 The tweet mentions Rawal’s apology and his attire in the picture matches exactly with the viral video, confirming that the video is indeed five years old and not related to the current incidents.

Therefore, we can conclusively say that the viral video, claiming that locals interrupted Paresh Rawal’s rally and he later apologised to them in person for inflation and unemployment, is misleading.