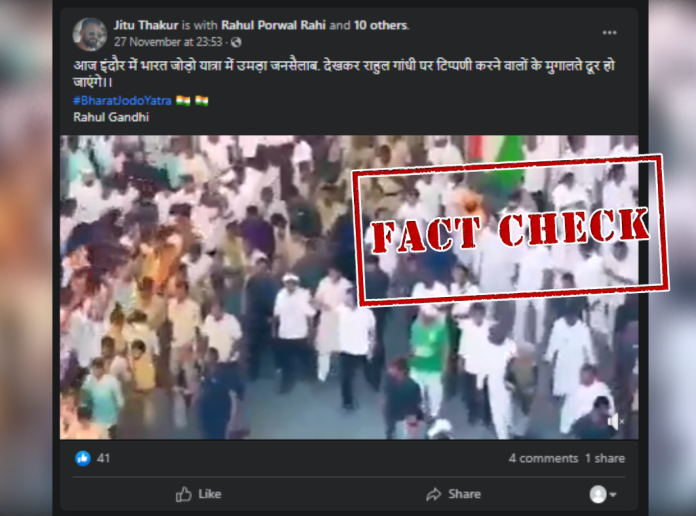 The Bharat Jodo Yatra — a mass movement started by the Indian National Congress — is in its 13th week now, and it has entered Madhya Pradesh.

Against the backdrop, a viral video showing a huge crowd gathered on the streets and marching alongside Rahul Gandhi, is doing the rounds on social media. Users have shared the video, claiming it to be from the Indore leg of Bharat Jodo Yatra. 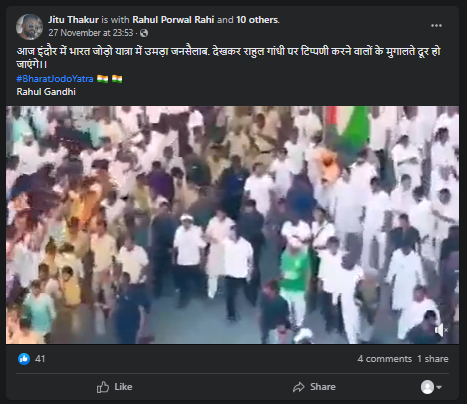 Running keyframes of the video through Reverse Image Search, we traced a tweet, dated October 22, 2022, by DK Shivakumar — president of the Karanataka Congress. 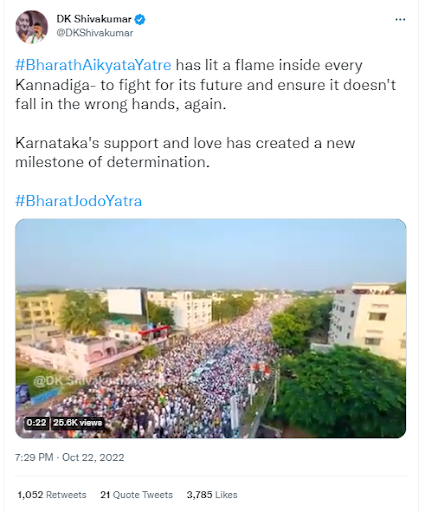 The keyframes of the video in the tweet match with the viral video and the description states that the clip is from Karnataka.

The keyframes of the video in another tweet from Randeep Singh Surjewala — Congress MP in Rajya Sabha — also match with the viral video, informing that the visuals are from Raichur in Karnataka. 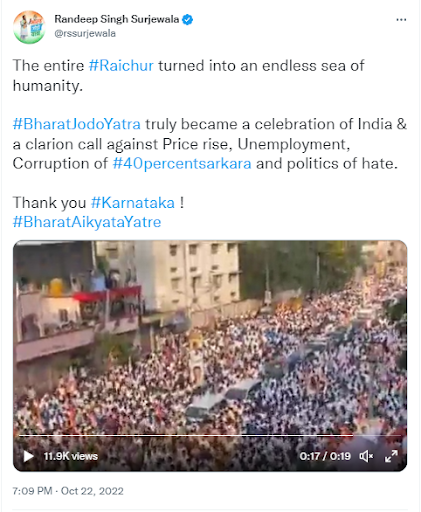 Various elements of the keyframes from 31:46 onwards match the viral clip, and the description corroborates the claims made by Congress leaders above. The video, indeed, is from Raichur in Karnataka, and not from Indore in Madhya Pradesh.

Therefore, we can conclusively say that the viral video is misleading.