Fact Check: Did Rahul Gandhi Forget To Turn On His Mic While Speaking In MP? Here’s the Truth | Newsmobile
Friday, February 3, 2023

Home NM FACT CHECKER Fact Check: Did Rahul Gandhi Forget To Turn On His Mic While... 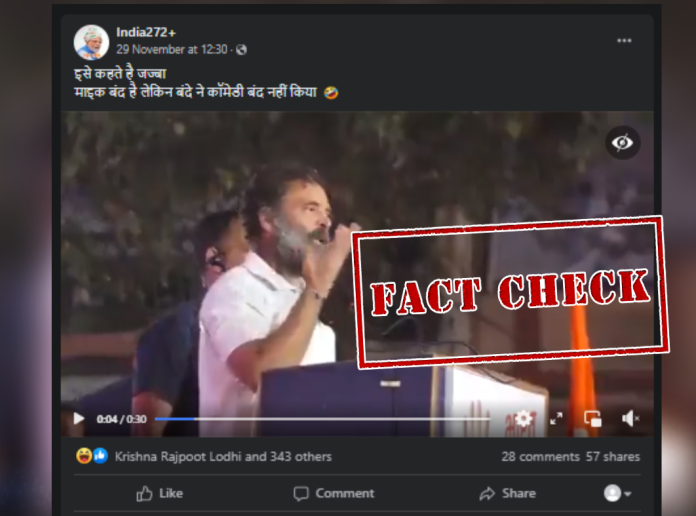 The Madhya Pradesh leg of the Bharat Jodo Yatra started when Rahul Gandhi entered the state on November 23, 2022, from Maharashtra. As the movement reaches its final leg in the state, a viral video mocking Rahul Gandhi for speaking with the microphone turned off at an event is doing the rounds on social media. 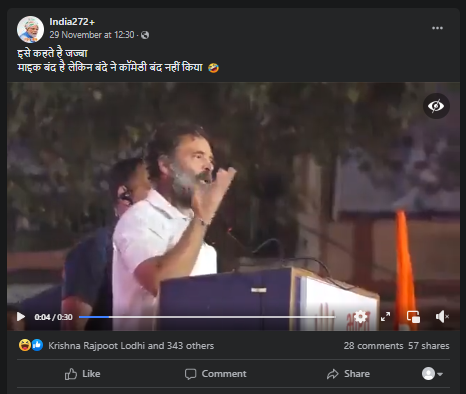 Running a Google Keyword Search of the viral video, we identified a tweet published by ANI on November 27, 2022. According to the tweet, Rahul Gandhi accused the Central government of turning off their microphones in both the Houses of Parliament whenever they tried to raise an issue related to GST, demonetisation, or corruption. Gandhi said all this during his Bharat Jodo Yatra rally in Indore. 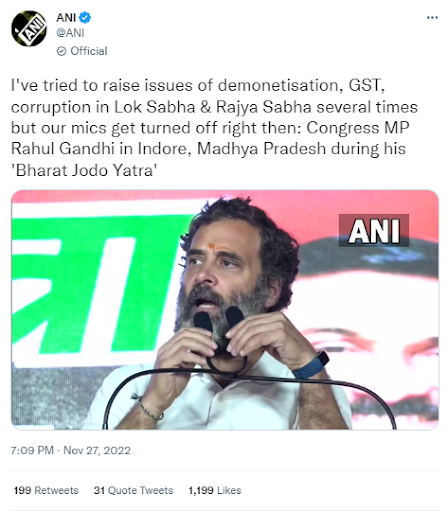 We found the same video published on the official YouTube channel of TV9 Bharatvarsh as well.

Therefore, it is clear that the viral video claiming Rahul Gandhi speaking in a rally without turning on his microphone is misleading.