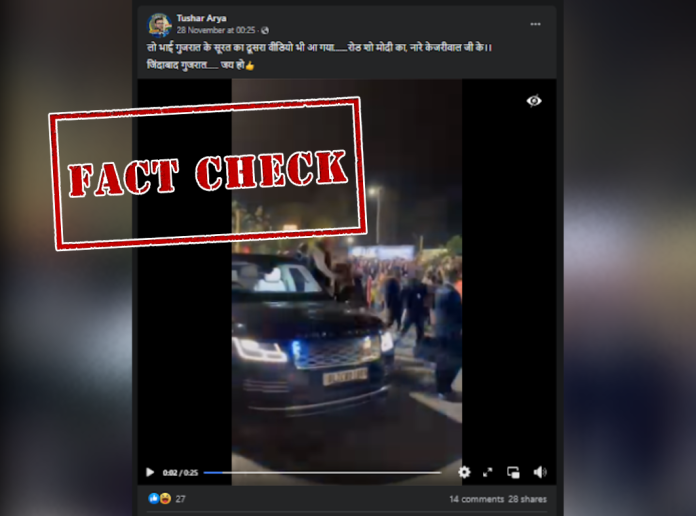 The assembly elections in Gujarat started on December 1, 2022. This election also marks the entry of the Aam Aadmi Party into the western state. The ruling party, BJP, has been actively involved in reaching out to the public, with all the senior leaders visiting the state during the campaigns. Prime Minister, Narendra Modi, too visited Surat on November 27, 2022, to campaign for his party.

Against this backdrop, a video showing visuals from Modi’s roadshow while people chant Arvind Kejriwal’s name is doing rounds on social media. Users are sharing this video mocking the Prime Minister for a flop roadshow.

A Facebook user posted the viral video with the caption: 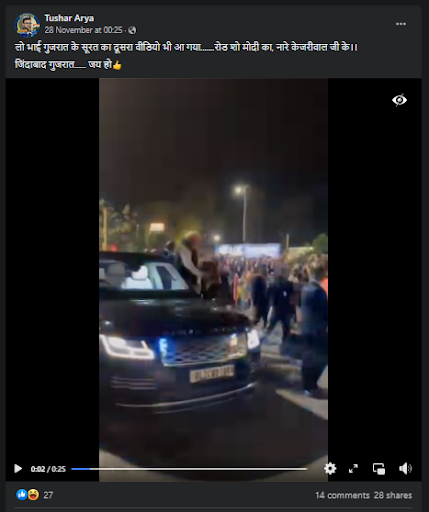 NewsMobile fact-checked the viral video and found the claim to be misleading.

Running a Reverse Image Search of the video keyframes led us to a YouTube shorts video uploaded on the official channel of NDTV. The video was uploaded on November 27, 2022, and the description informs us that it is from Modi’s roadshow in Surat ahead of the Gujarat elections 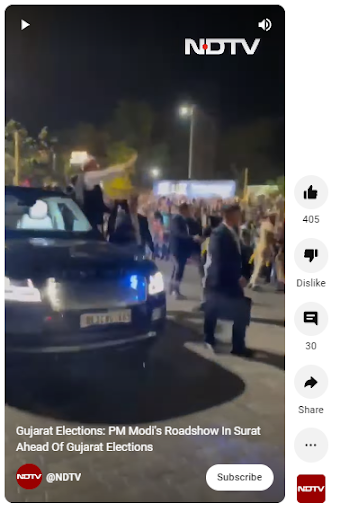 The shorts video matches exactly with the viral video, but we cannot hear any chants of Arvind Kejriwal’s name in the former. The people are cheering for Modi only while he’s conducting his roadshow. We found another shorts video with the same context uploaded on the official channel of Aaj Tak.

Searching further we came across a live telecast of the entire roadshow on on the official YouTube channel of Narendra Modi. The video titled: Sea of supporters at PM Modi’s roadshow in Surat!, streamed on November 27, 2022, shows visuals of Modi, waving to the crowd from a different angle.

Here, too, we cannot hear any slogan cheering for Arvind Kejriwal in Modi’s roadshow. We found similar news coverage on the official channel of India Today, indicating that the viral video has been edited and dubbed in order to add Arvind Kejriwal’s name.

Therefore, based on our investigation, we can conclusively say that the viral video, claiming that the crowd chanted Arvind Kejriwal’s name at Modi’s Surat roadshow, is misleading.