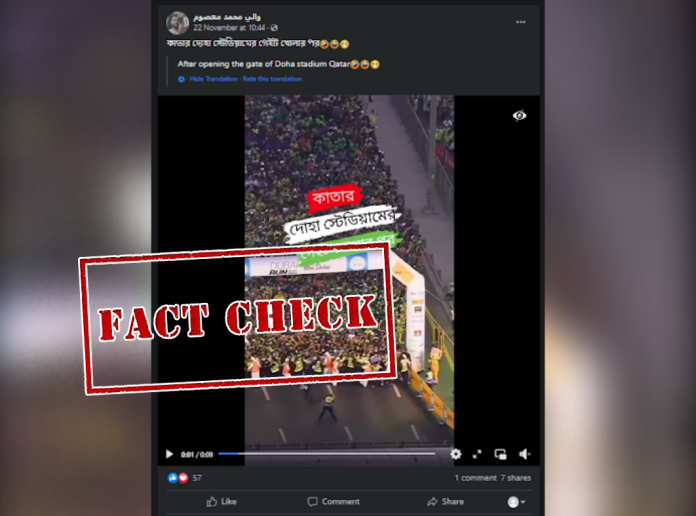 In the ongoing FIFA World Cup 2022 in Qatar, 31 teams are contesting in the global team tournament which started on November 20, 2022. The first match of the tournament was played between Qatar and Ecuador at the Al Bayt Stadium.

Against the backdrop, a viral video, showing a large crowd gathered on a road is doing the rounds on social media. Users have shared the video claiming that it is of the football fans outside Doha stadium in Qatar, during the FIFA World Cup. 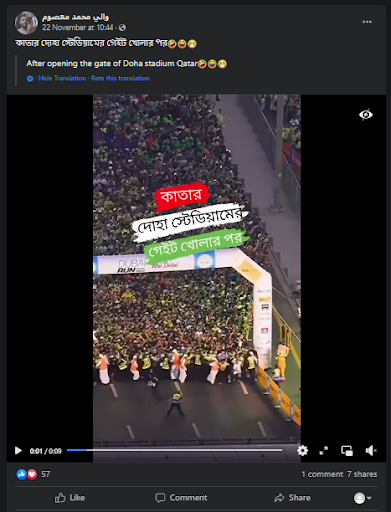 NewsMobile fact-checked the viral video, and found it to be False.

Looking closely at the first frame of the video, we can spot ‘DUBAI RUN’ written on the top of the arch gate, indicating that the video might be from Dubai. 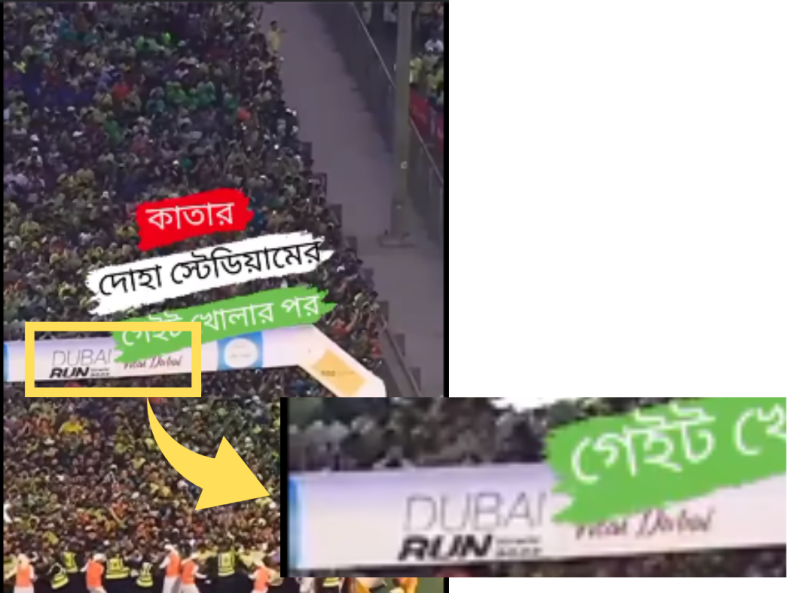 Conducting a Reverse Image Search of the keyframe, we traced a YouTube shorts video, dated November 20, 2022, published on an unverified channel. This uploaded clip exactly  matches with the viral video, and the description informs that the visuals are from Dubai Run 2022, where more than 193,000 people participated. 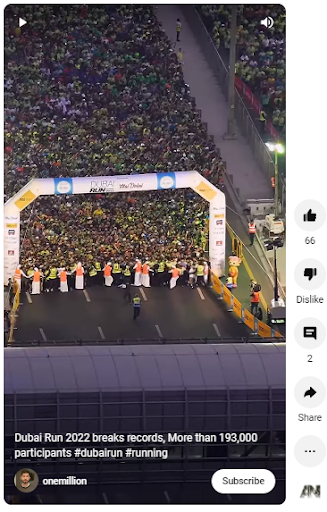 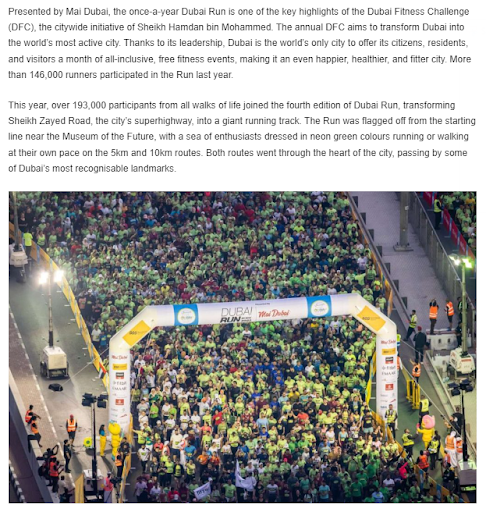 The article further informs that Dubai Run, a citywide initiative of Sheikh Hamdan bin Mohammed, is organised to promote an active lifestyle among the citizens of the city and it is one of the key highlights of the Dubai Fitness Challenge (DFC), which aims to convert Dubai into the world’s most active city.

Therefore, we can conclusively say that the viral video, claiming a mass gathering outside the Doha football stadium before the first match of FIFA World Cup, is FALSE.