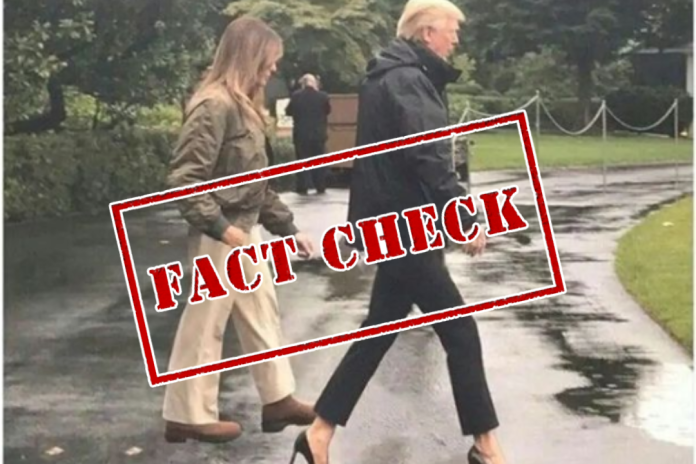 A screenshot of a tweet by former US President Donald Trump is doing the rounds on social media showing a picture of himself and former first lady, Melania Trump. In the picture, Donald Trump can be seen in heels. 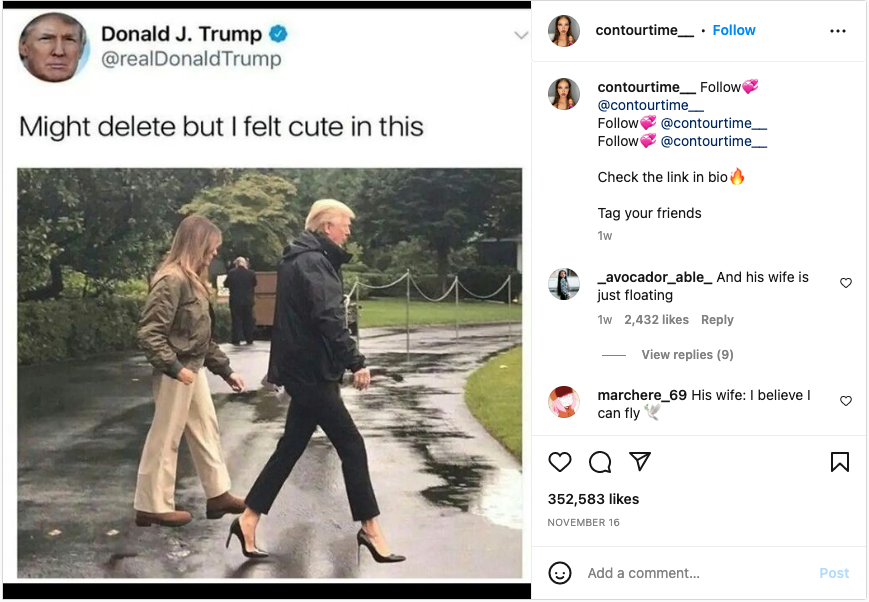 NewsMobile fact-checked the picture, and found it to be FAKE.

We scanned through Donald Trump’s Twitter handle (@realDonaldTrump) — which was recently reinstated, with the advanced search feature, but did not find any such tweet.

However, upon cropping and putting the picture through Reverse Image Search, we found several news reports from 2017, carrying similar images. 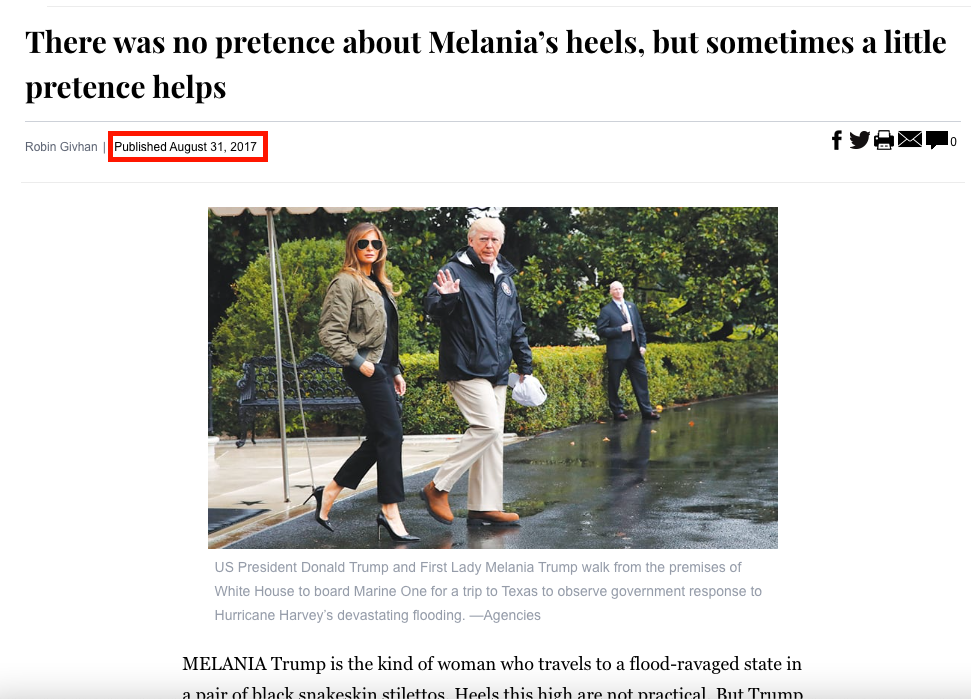 According to the above Dawn article, the picture was taken when Donald Trump and Melania Trump were getting onboard Marine One for a trip to Texas to observe the response to Hurricane Harvey’s devastating flooding.

The official website of Getty Images carries many more images from the exact moment.

After closely observing both the pictures, we reached a conclusion that the feet of Donald Trump and Melania Trump were swapped using photo-editing software.