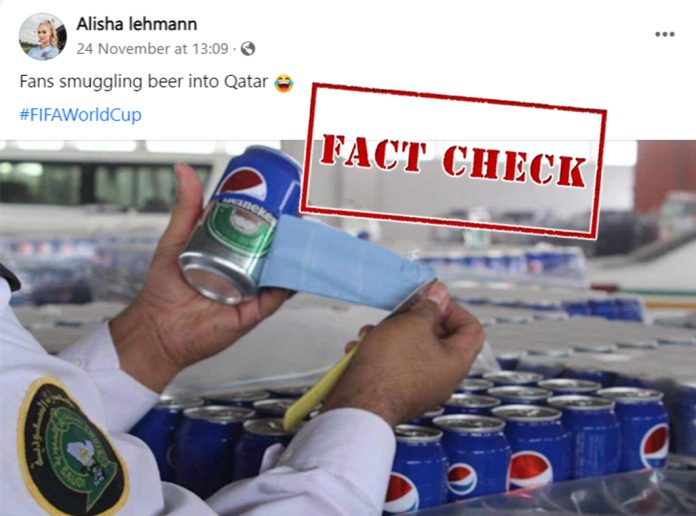 Days before the FIFA World Cup 2022 in Qatar commenced, FIFA’s global international governing body announced a ban on alcoholic beverages inside the stadiums during the World Cup matches.

In the above context, an image showing a beer can wrapped under the packing of Pepsi is being circulated on social media claiming that people are smuggling beer at FIFA World Cup in Qatar.

Facebook users have shared the image with a caption: Fans smuggling beer into Qatar #FIFAWorldCup 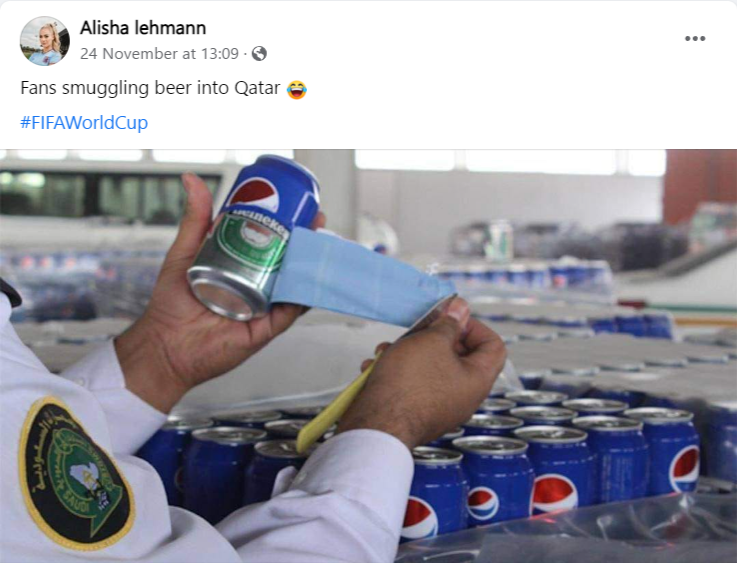 Running the picture through a Reverse Image Search, we found an article by Voice of America, dated November 15, 2015, featuring the same image. The caption of the image reads: Saudi Customs’ officer cuts open Pepsi labels from cans and finds they are actually beer. 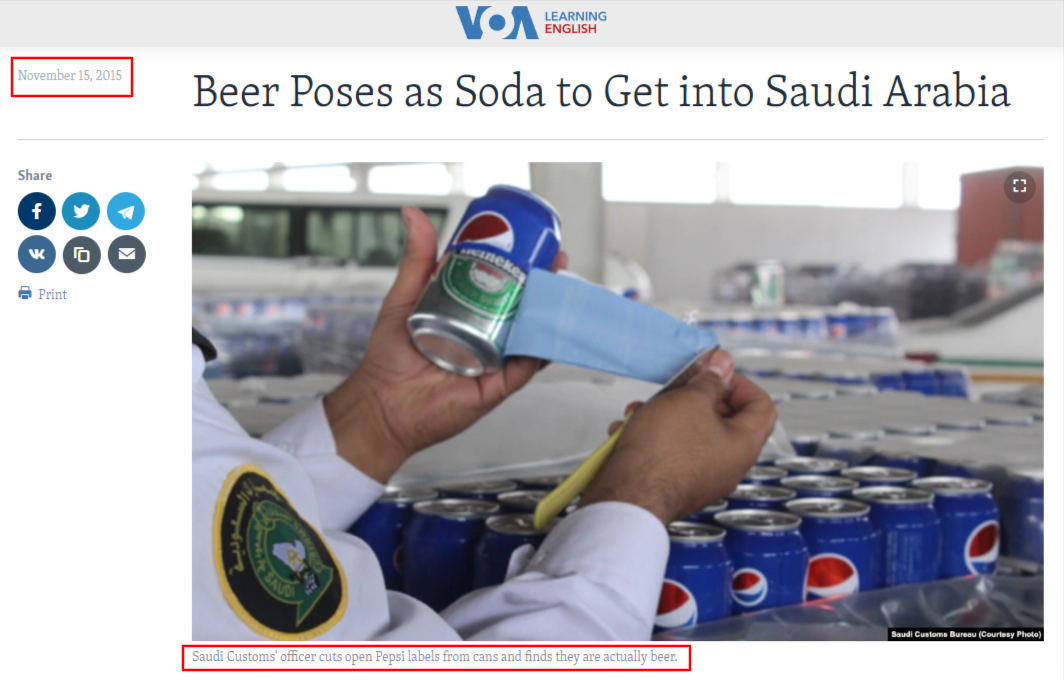 The same image was also present in a report by Morocco World News, dated November 13, 2015. The report mentioned that Saudi Arabia seized 48,000 cans of Heineken Beer disguised as Pepsi at the Al Batha border between Saudi Arabia and United Arab Emirates. 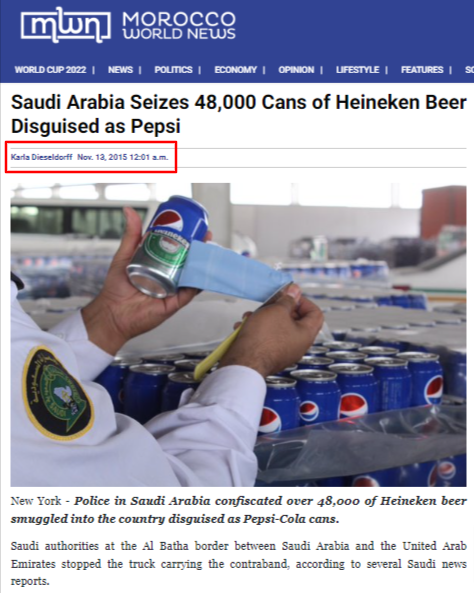 “A truck carrying what first seemed to be normal cans of the soft drink Pepsi was stopped and after the standard process of searching the products, it became clear that the alcoholic beers were covered with Pepsi’s sticker logos,” the report quoted Al Batha border General Manager Abdulrahman al-Mahna as saying.

The information confirms that the viral image is from 2015 and is not related to the FIFA World Cup 2022 in Qatar.