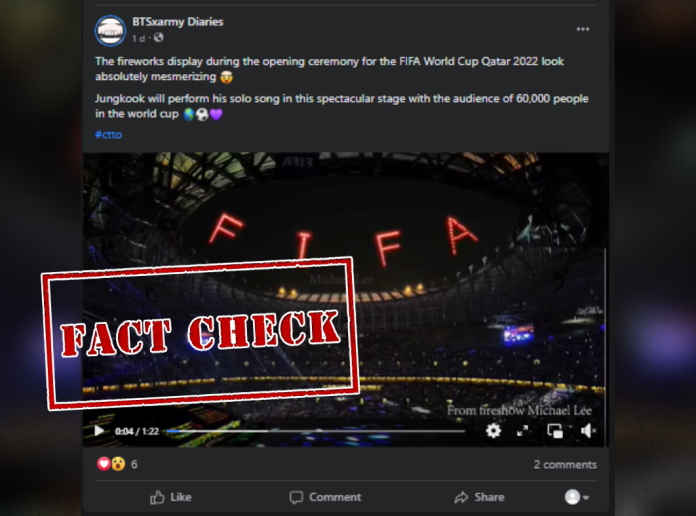 The much-awaited FIFA World Cup 2022, Qatar, kicked off with a grand opening ceremony at the Al Bayt Stadium. Among all the stars who performed, including the likes of The Black Eyed Peas, Robbie Williams, and J Balvin, the Korean band BTS’ JungKook was the much-awaited artist in the entire line-up.

Meantime, a viral video showing a fireworks display during the grand event is doing the rounds on social media. The video shows fireworks bursting and forming ‘FIFA Qatar 2022’ on the skyline.

A Facebook user posted the viral video with a caption: The fireworks display during the opening ceremony of FIFA World Cup Qatar 2022 looks absolutely mesmerising. Jungkook will perform his solo song in this spectacular stage with the audience of 60,000 people in the World Cup #ctto 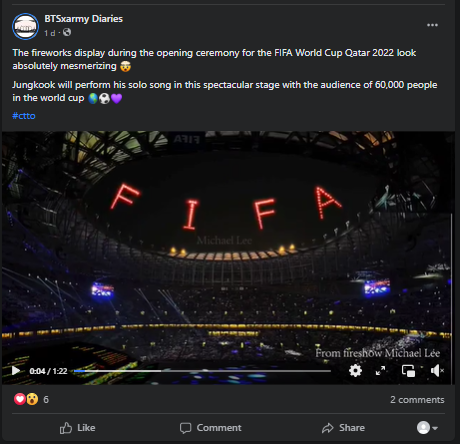 NewsMobile fact-checked the viral video, and found it to be False.

Looking closely at the video, we noticed that the words appearing after the fireworks disappear immediately without any smoke coming out of them, and also, Michael Lee written in the middle of the video. Searching about Michael Lee and the video with relevant keywords, we traced a YouTube video titled: FIFA World Cup Qatar 2022 Fireworks Opening, published on November 15, 2022, on a channel named Michael Lee.

The video matches exactly with the viral clip and the description states, ‘It’s just for FIFA World Cup Qatar 2022 Fireworks Opening Ceremony’. Many other similar firework-related visual-effect videos can be found in the channel. Also, there was a tweet by Lee, published on his account on the same date, showing his screen with the caption: New design coming soon. We can notice an interface of video-editing software and a keyframe from the viral video in it. 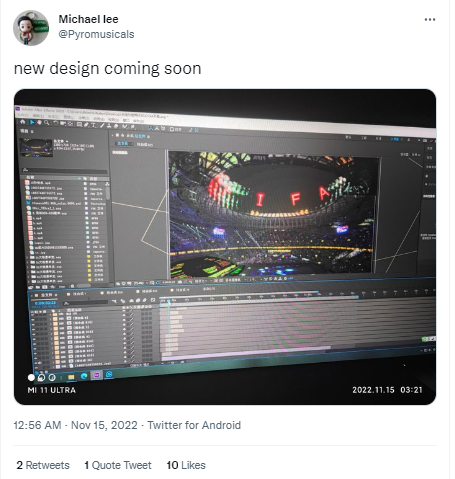 Comparing the two, we can see that the viral video has been made digitally. 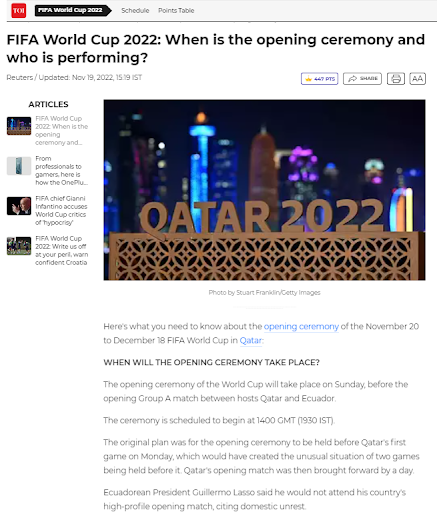 Therefore, we can conclusively say that the viral video showing fireworks during the opening ceremony of the FIFA World Cup 2022 is photoshopped.