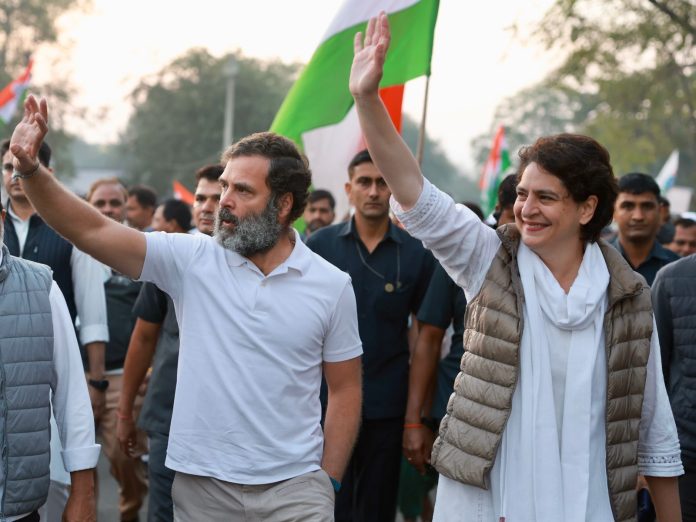 The Congress commented on Priyanka’s joining the Bharat Jodo Yatra through a tweet, “The steps will be strong, when we walk together,” with a picture of Rahul and Priyanka walking together.

Bharat Jodo Yatra, which began on September 7 from Kanyakumari, will cover a further distance of 2,355 km in its 3,570-km march. It will end in Kashmir next year. It is the longest march on foot by any Indian politician in the history of India, the Congress claimed earlier in a statement.

Bharat Jodo Yatra is getting support from various political parties and social organizations across the country and the response is increasing day by day.

Notably, all the party MPs, leaders and workers, along with Rahul Gandhi, are staying in containers.

Sleeping beds, toilets and ACs are also installed in some of the containers. The arrangements have been made keeping in view the intense heat and humidity with the change of places.

The Congress suffered a debacle in the assembly polls held earlier this year and the Yatra is seen as an attempt to rally the party rank and file for the upcoming electoral battles.