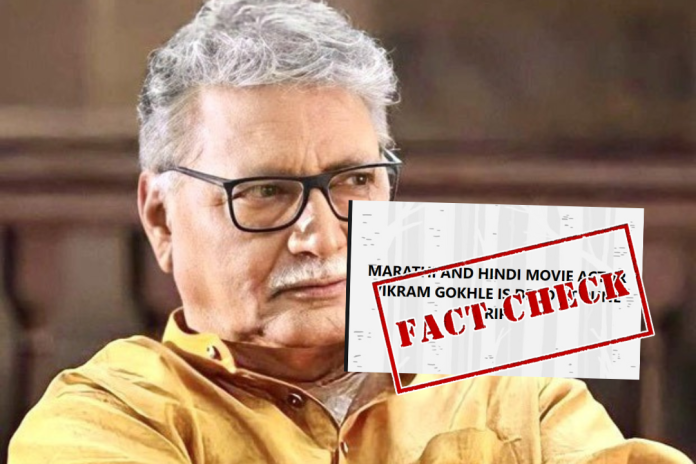 Posts suggesting the demise of veteran actor Vikram Gokhale are doing the rounds on social media after he was reportedly hospitalised.

One of the posts with Gokhale’s picture reads: “RIP Vikram Gokhale Ji” 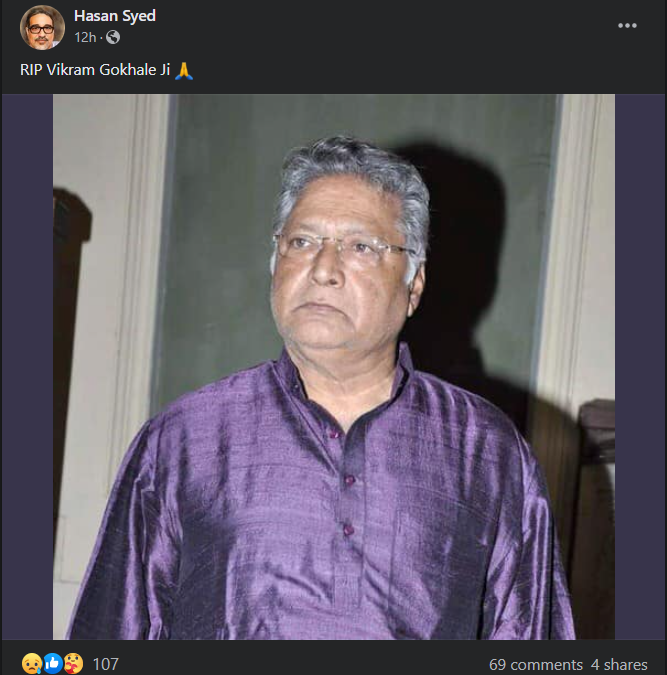 Such posts can be seen here, here, here and here.

NewsMobile fact-checked the claim over the demise of Gokhale, and found it to be a rumour.

We found several reports quoting Gokhale’s family members refuting the claims. “Veteran Actor Vikram Gokhale is still critical and on life support, he has not passed away yet. Keep praying for him,” newswire ANI quoted Vikram Gokhale’s daughter.

Pune, Maharashtra | Seasoned actor #VikramGokhale‘s condition is very critical. He is fighting since the last 24 hours. He has suffered multiple organ failure. Doctors are trying their level best: Rajesh Damle, a family friend of the veteran actor pic.twitter.com/1J4Xy5SMxJ

Speaking to ANI, the PRO of Deenanath Mangeshkar Hospital, Pune, said: “A meeting between Vikram Gokhale’s family & doctors took place on Thursday morning. The actor is very much alive but critical & on the ventilator. News of his demise is wrong.”