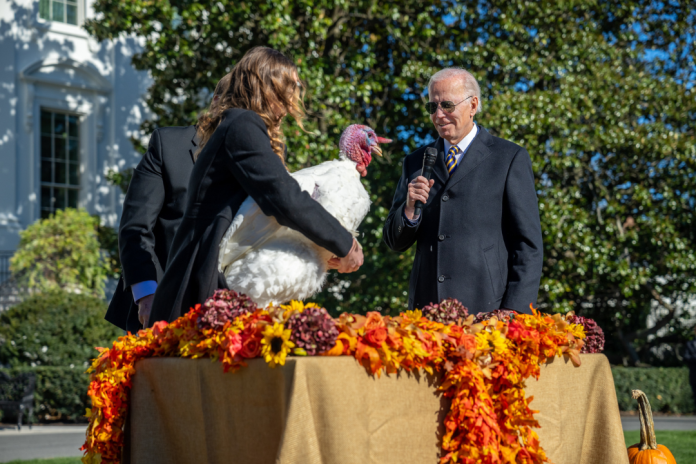 Washington: US President Joe Biden pardoned two turkeys at the White House carrying forward the presidential tradition of letting the birds off during the festival of Thanksgiving.

President Joe Biden pardoned ‘Chocolate’ and ‘Chip’ this year that came from North Carolina. According to reports, Chocolate and Chips are President’s favourite ice cream.

Last year, the turkey’s that were pardoned included ‘Peanut Butter’ and ‘Jelly’ delivered from Indiana.

The tradition of donating Turkeys to the President was started ahead of 1947 under President Harry Truman. President John F. Kennedy was the first President to spare the turkey which was later formalized by President George H. W. Bush.