India Is A Very Important Relationship That We Have: White House | Newsmobile
Tuesday, November 29, 2022

Home Home Slider India Is A Very Important Relationship That We Have: White House 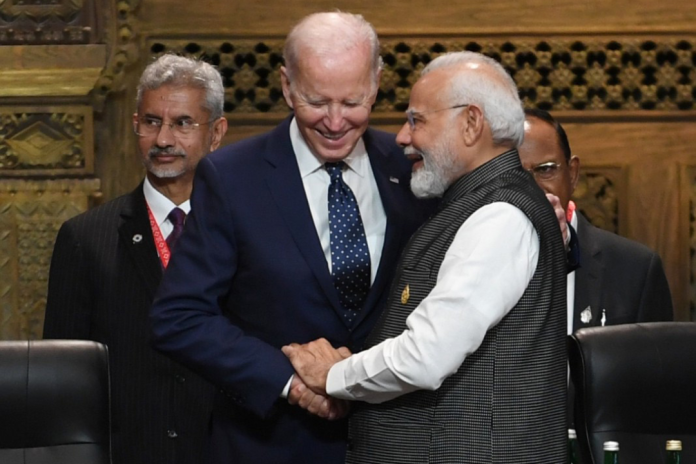 Washington: “India is a very important relationship,” said White House Press Secretary Karine Jean-Pierre on Monday, as she reaffirmed the Biden administration’s commitment to getting through the nomination of Los Angeles Mayor Eric Garcetti as US Ambassador to India.

The White House Press Secretary made the remarks during Air Force One flight en route to Cherry Point, North Carolina.

Answering a question whether the White House will push the US Senate to finally get a vote on Garcetti’s nomination, Jean-Pierre said, “Absolutely. India is a very important relationship that we have. You — you saw the President greet and meet very briefly with Prime Minister Modi just last week when he was in — in Bali. It’s an important relationship that — that we truly respect.”

“As for Mayor Garcetti, we are committed to getting him through the process. We are continuing to — to talk to the Senate on making that happen. That is a priority of ours. And I just don’t have anything further to share on any strategy or anything else moving forward on that,” the White House Press Secretary added.
The United States continues to seek the expeditious confirmation of the Los Angeles Mayor, as the ambassador to India, following a long delay in the confirmation of his nomination.

In January this year, the Senate Foreign Relations Committee confirmed the nomination of Garcetti to be the US Ambassador to India. However, the nomination needed to be confirmed by a majority of the US Senate.

Garcetti’s nomination came under a shadow after a Senate report released suggested that Garcetti had ignored a pattern of sexual harassment allegedly carried out by one of his top aides.

Speaking at a lunch reception to celebrate the festive season at India House, Washington, he said, “2022 is a highly accomplished year and having an even bigger year to come is really emblematic of how this relationship has proceeded for decades now.”

“We at the White House, the entire administration certainly President Biden see this as among the most consequential relationships with the United States anywhere in the world, but also almost uniquely one of the relationships that still retains some of the greatest potentials to continue to evolve and strengthen and improve. We are deeply committed to doing just that,” Finer added.