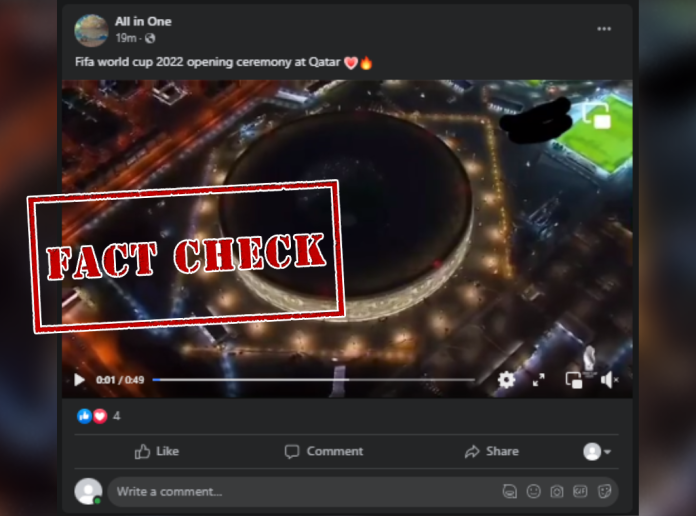 The much-awaited FIFA World Cup 2022 is scheduled to start on November 20, 2022. A total of 32 teams will compete against each other in 64 matches in the 22nd edition of the tournament. Eight stadiums have been chosen to host the tournament in Qatar.

Against the backdrop, a viral video showing a lit-up stadium and children reciting a verse inside is doing the rounds on social media. Users have shared the video claiming it to be the opening ceremony of FIFA World Cup 2022. 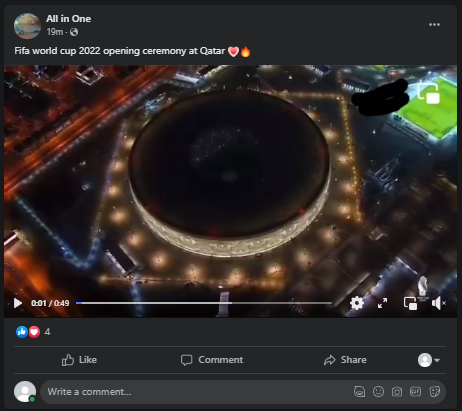 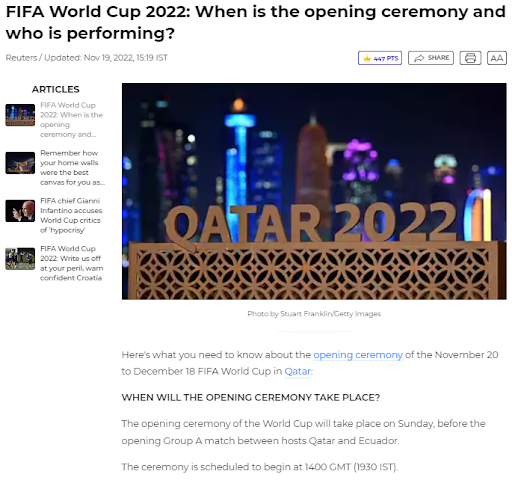 Many other news sites like Sportstar, India Today, WION News, and Hindustan Times, to name a few, have also carried the information about opening ceremony. This contradicts the viral claim that the opening ceremony has already taken place.

Conducting a Reverse Image Search of the video keyframes, we found a tweet from October 24, 2021, published on the official account of Doha News — an online news blog based in Qatar. 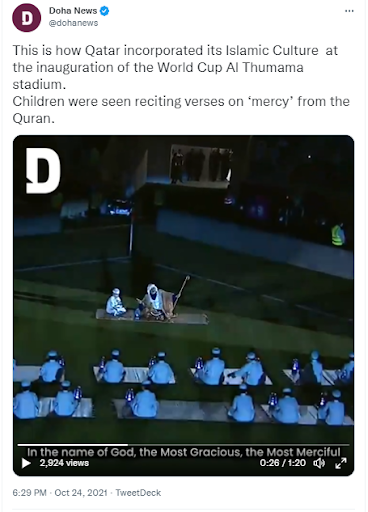 Keyframes from 00:25 to 00:55 from the video published in the tweet match exactly with the viral clip. The tweet informs that the video is from the inauguration of the Al Thumama stadium for the World Cup. The children seen in the video were reciting verses on ‘mercy’ from the Quran.