Fact Check: Viral Clip’s Claim That the Chariot of Mahabharat Found in a Foreign Country Is False | Newsmobile
Tuesday, November 29, 2022 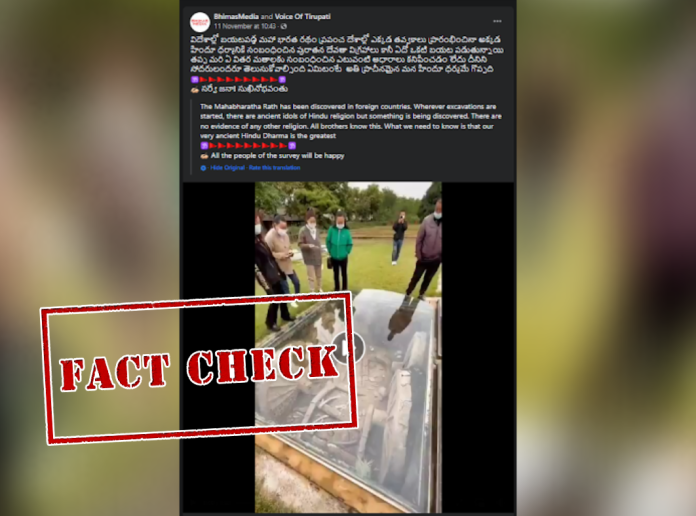 A viral video showing some people gathered around chariot wheels placed in a glass box is doing the rounds on social media. We can see some other similar boxes around as well with skeletons in them. Users have shared the video claiming that the chariot, which has been discovered in a foreign country, is from the Hindu mythology Mahabharat. 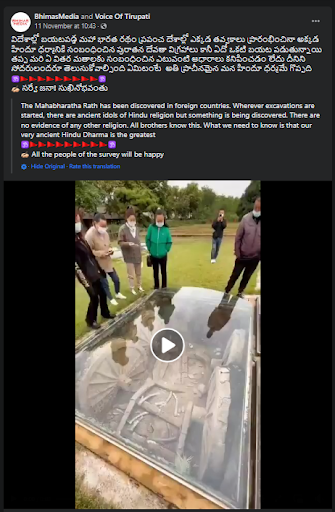 Running a Reverse Image Search, we found a YouTube live-streamed video, titled: Live: ‘Real Time China’ – A tour of China’s ancient capital city – Yin Xu CGTN, dated December 6, 2018, on the official channel of CGTN — a Chinese state-run English language news channel. As per the title and description, the video is shot at the archaeological site of Yin Xu, which was the capital of Shang Dynasty for 255 years.

At 29:46, the narrator informs in English that the pits were used as sacrificial pits in ancient times with sacrifices of carriages, horses, goats, and even humans. These sacrifices were made to the ancient shrines. The image of the carriage a 29:46 matches exactly with the one shown in the viral video.

Another YouTube video in the Chinese language shows a glimpse of the same pits.

Searching about the city of Yin Xu, we found an article on the official website of UNESCO World Heritage Convention, which gives detailed information about the ancient city.

Here too, we found out that the ancient Chinese used such pits for sacrifices, and objects like chariots, vessels, bones and even humans were sacrificed. 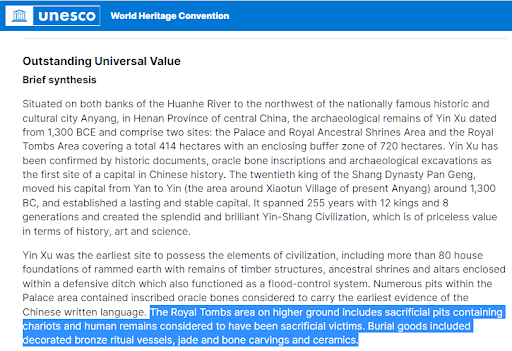 The Gallery section of the UNESCO WHC website also showcases various objects which were sacrificed in ancient times. We can see many chariots in the same. 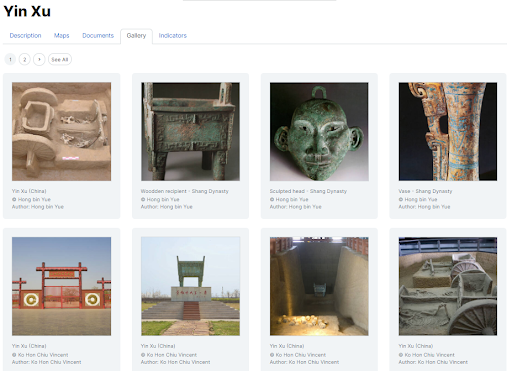