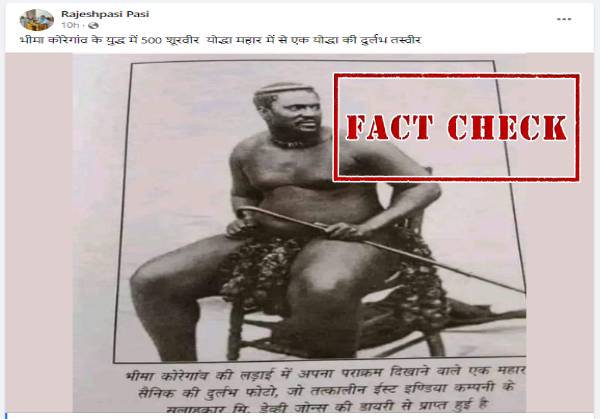 On January 1, 1818, the Battle of Koregaon was fought between the British East India Company and the Peshwa faction of Maratha Confederacy at Koregaon Bhima.

In the above context, an image of a tribal man is widely being shared on social media claiming that it is the soldier of Mahar caste, who fought the Battle of Koregaon. 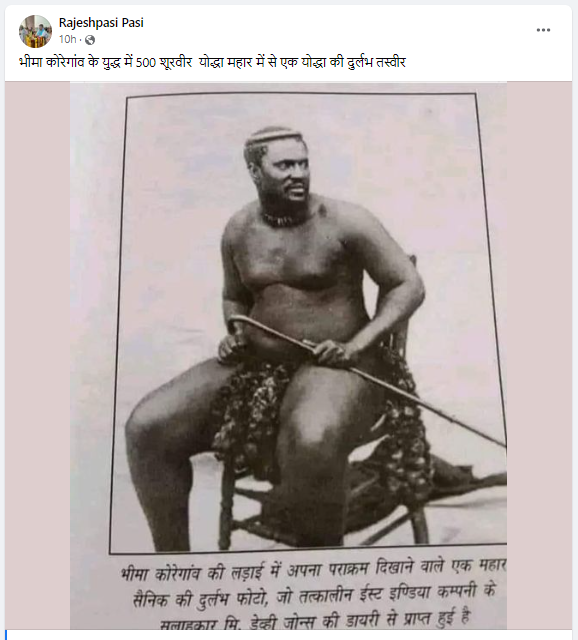 Doing a Google Reverse Image Search, we found the same image published by Alamy with a caption saying that it is the image of Prince Ndabuko kaMpande, (younger brother of King Cetshwayo kaMpande, who was the king of the Zulu Kingdom from 1873 to 1879 and its leader during the Anglo-Zulu War of 1879.) 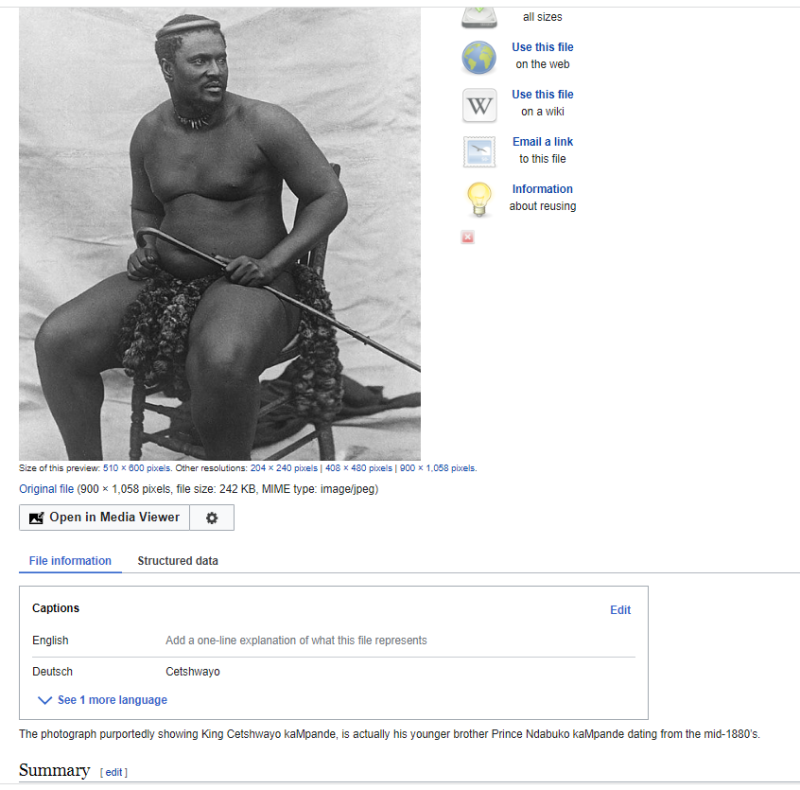 According to Royal Collection Trust’s website, “Cetshwayo ka Mpande was king of the Zulus from 1872 to 1879. Following his defeat in the Anglo-Zulu war in July 1879, he was exiled first to Cape Town and then, in August 1882, to London.” Hence we can ascertain that the viral claim is fake.