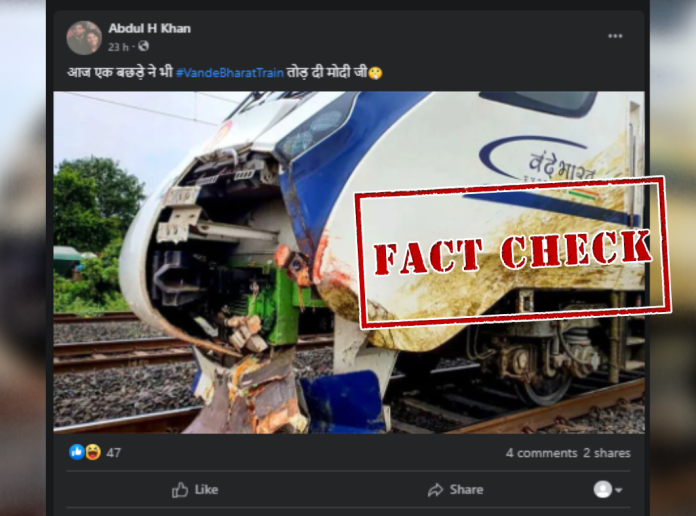 Vande Bharat Express trains across India have had a bumpy start ever since the inauguration of the first train in February 2019. There have been many accidents with these trains across states in recent months. The most recent incident happened on the Chennai-Mysuru-Bengaluru route when the train collided with cattle on the track.

Against the backdrop, a picture of a damaged cone of the Vande Bharat Express is doing the rounds on social media. Users are linking this image to the recent incident. 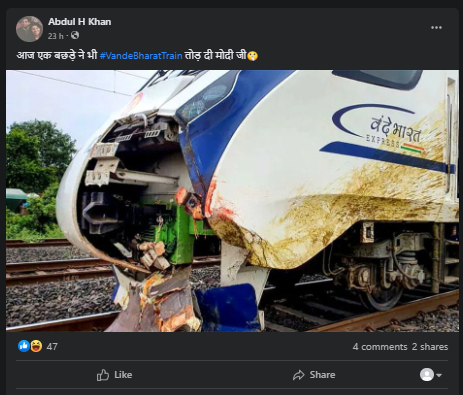 NewsMobile fact-checked the viral picture, and found it to be misleading.

Our search team found an article in Hindustan Times, published on November 18, 2022, informing that the Vande Bharat train on the Mysuru-Bengaluru-Chennai route hit a calf on November 17. While the calf died, the train did not incur much damage, just a dent. 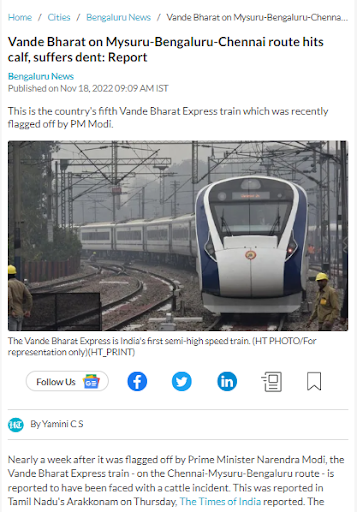 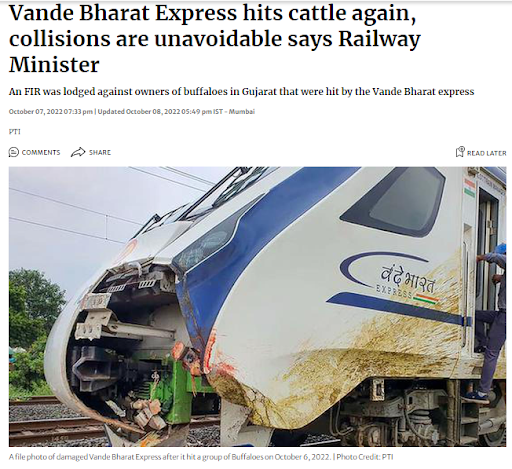 The image in the article matches exactly with the viral image. According to the report, the picture is of the Gandhinagar-Mumbai Vande Bharat Express train which hit a cow near Anand station in Gujarat on October 6, 2022, resulting in damage to the train’s nose panel.

The visual at 00:27 matches exactly with the viral clip, and the news report corroborates the claim that the image is from the incident that happened in October on the Mumbai-Gandhinagar Vande Bharat train.

Although the Vande Bharat train on the Mysuru-Bengaluru-Chennai route did hit a calf recently, the viral image does not match the claim as it is from the October incident of the Mumbai-Gandhinagar train.

Therefore, we can conclusively say that the viral image claiming a Vande Bharat Express train got damaged after hitting a calf recently is misleading.