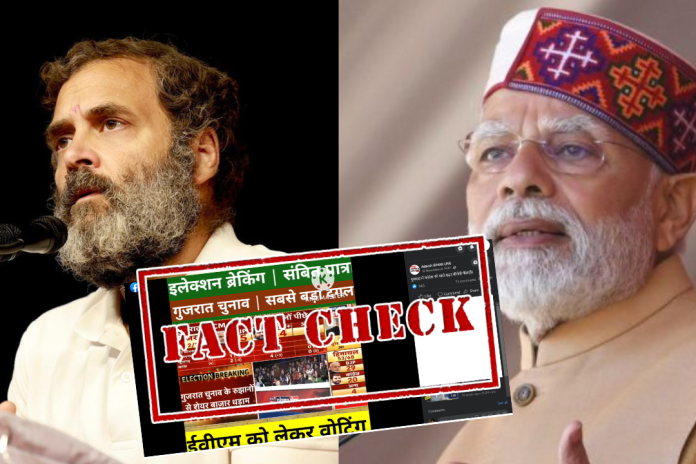 Ahead of assembly polls in Gujarat, a video of a news bulletin is doing the rounds on social media, suggesting that Congress is giving a close fight to BJP in seat-sharing. According to the bulletin, Congress leading over 84 seats and BJP leading over 85 seats.

Meanwhile, spokespersons and political analysts were giving their remarks.

As the voting is yet to take place in Gujarat, we closely observed the video in question, finding News 18 logo and the coverage seemed to be that of election results. Running an extensive search on YouTube, we found the original video of the bulletin on the official YouTube channel of News18 India, dated December 18, 2017.

In the above comparison, it is clear that the video in question is the same as the one NewsMobile discovered, which is almost five years old from the 2017 Gujarat assembly election results.

Meanwhile, the results of the 2022 assembly polls in Gujarat and Himachal Pradesh will be announced on December 8, 2022.