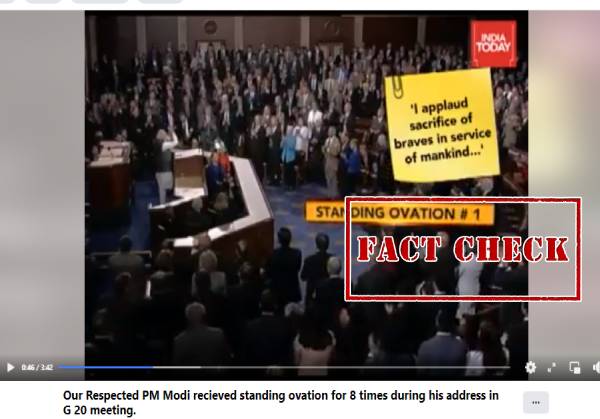 The 17th G20 Summit was held in Bali, Indonesia on November 15-16, 2022. The head of 20 nations, including Prime Minister Narendra Modi, participated in the summit.

In the above context, a video of PM Modi has gone viral on social media showing people applauding and giving him a standing ovation.

The video is shared with a caption: “Our respected PM Modi received a standing ovation for 8 times during his address in G 20 meeting.”

NewsMobile did the fact-check, and found it to be misleading.
The same video had been published by India Today on its Facebook page, dated June 9, 2016, with a caption: “Hear what fetched Narendra Modi standing ovation from US Congress #NuclerNaMo
#ITVideo.”

ANI had also uploaded the video, dated June 9, 2016, with a description: “With a positive response and huge rounds of applause, Prime Minister Narendra Modi received nine standing ovations during his speech at the joint meeting of the US Congress on Wednesday. PM Modi is on his fourth visit to US, during which he met with President Barack Obama, business leaders and think-tank chiefs.” 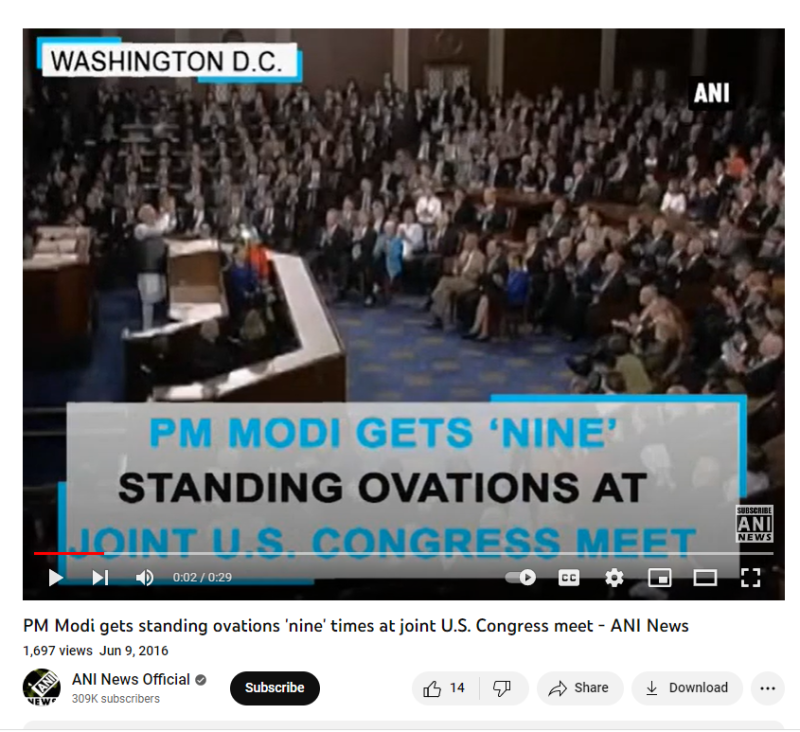 Hence, we can ascertain that the viral video is old and not associated with the recently concluded G20 summit.