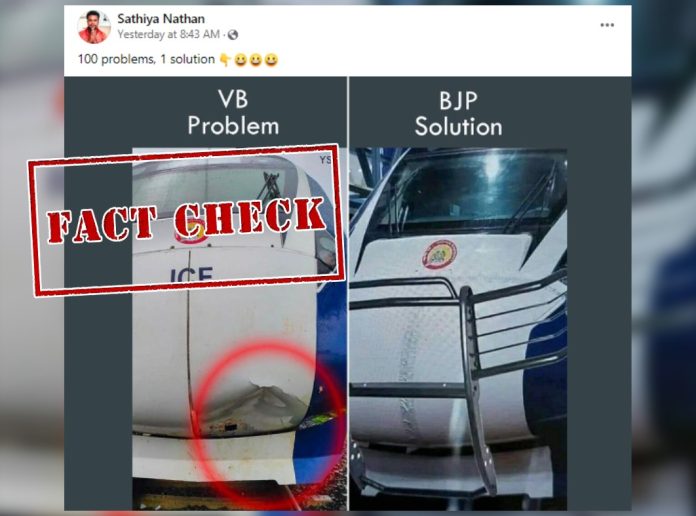 An image showing the train engine of Vande Bharat Express protected with a crash guard is widely shared on social media, claiming that it shows how the BJP-led Central government attempted to save the train from accidents.

In several instances, many Vande Bharat Express trains suffered damages due to head-on accidents across its track in the recent past. It was built as part of the “Make in India” project. Speaking on the subject, Union Railway Minister Ashwini Vaishnaw said that until the railway lines are elevated, it will be difficult to prevent such incidents with trains travelling at high speeds.

The post is shared on Facebook as a comparison between two images with the text, “VB Problem BJP Solution” 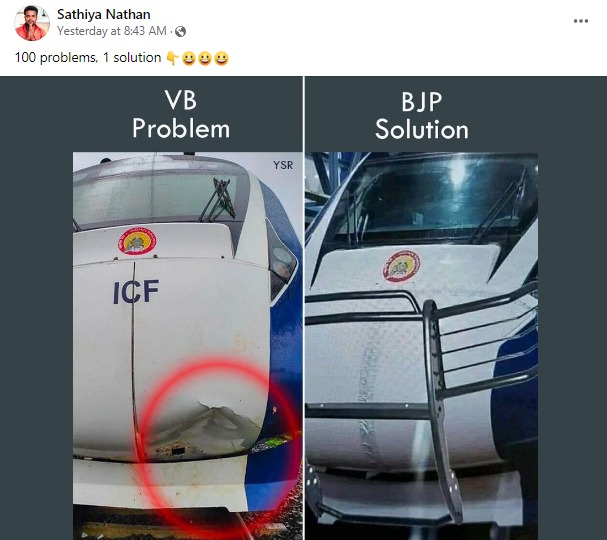 Doing a simple Reverse Image Search, we found an article published by The Hindu, dated October 7, 2022, carrying the original image. But no such metal guard has been placed in front of the train engine to defend against accidents as seen in the viral image. 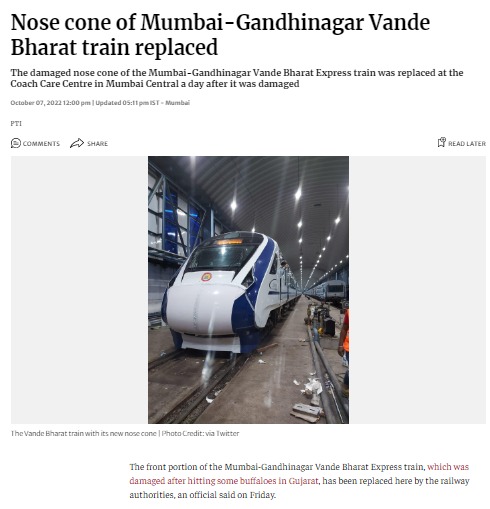 Below is a comparison between the viral image and the original image. 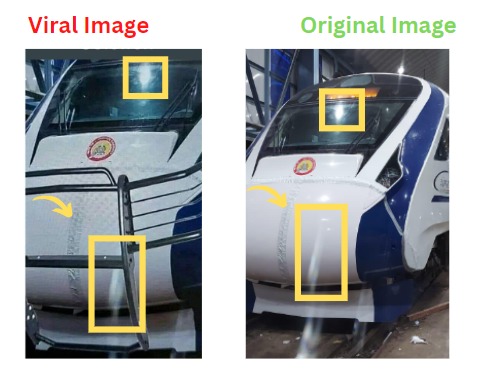 According to the news report, “the front piece of the Mumbai-Gandhinagar Vande Bharat Express train, which was damaged after hitting some buffaloes in Gujarat, has been replaced here.”

On October 7, 2022, journalist Rajendra B Aklekar published a collage of images and videos showing the fixed train engine. The text reads: “Broken #VandeBharatExpress train fixed overnight, back at work. These are pics at 4 am of Coach Care Centre, Mumbai Central. Kudos to @drmbct and his team.”

Broken #VandeBharatExpress train fixed overnight, back at work. These are pics at 4am of Coach Care Centre, Mumbai Central. Kudos to @drmbct and his team. pic.twitter.com/Kznsmsy8IB

Thus, it is evident that the viral image is edited and the train engine of Vande Bharat Express has not been protected by a crash guard.