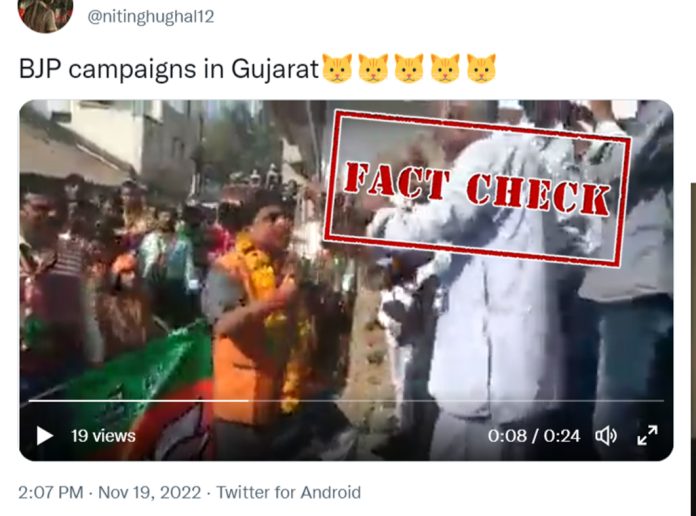 Ahead of the impending Gujarat Assembly Elections, a video of a BJP leader being greeted with a garland of shoes is circulating on social media.

The post is being shared with the caption: BJP campaigns in Gujarat 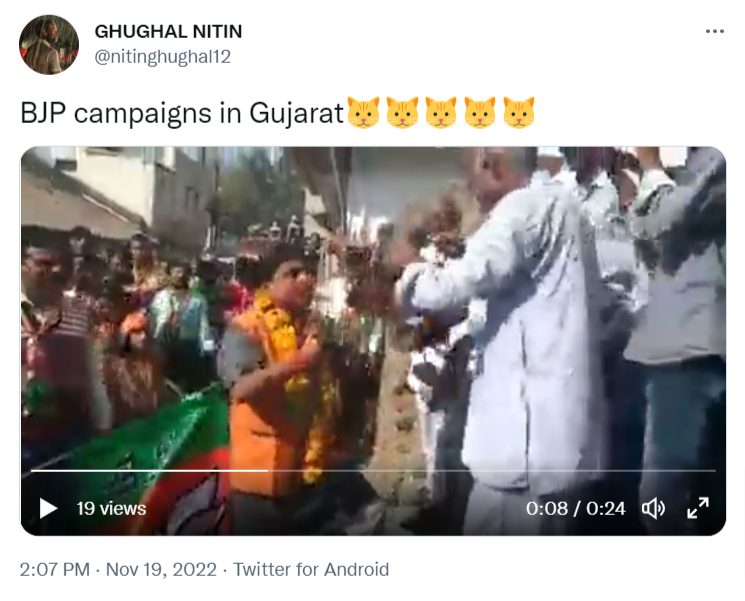 NewsMobile fact-checked the post and found it to be old.

We extracted keyframes from the video and put them through Reverse Image Search. The search led us to the same video, uploaded by News Tak on January 7, 2018.

The same video was also uploaded by the newswire ANI on January 7, 2018.

According to the report, the incident came to light from Madhya Pradesh’s Dhar district and the man in the video is BJP leader Dinesh Sharma.

We also found a report by NDTV dated January 8, 2018, regarding the same incident. 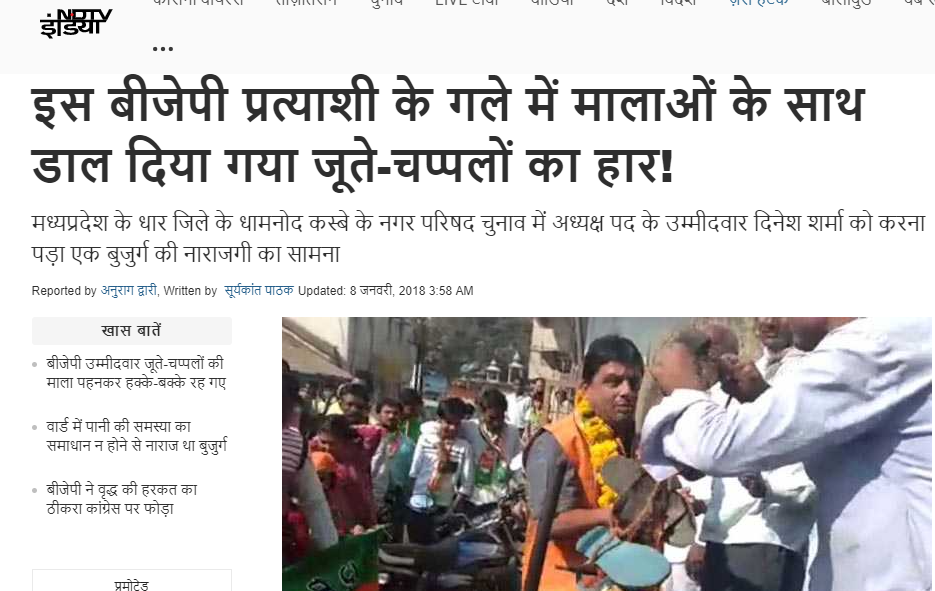 NewsMobile had debunked the same video earlier when it was falsely linked to the Bihar and Uttar Pradesh Assembly Elections.

Fact Check: This trending video is NOT from the 2020 Bihar elections; here’s the truth

Fact Check: 2018 Video Of BJP Leader Greeted With A Garland Of Shoes Shared As Recent

From the above information, it is clear that the incident is old and has no relation to the election campaign in Gujarat. Hence, the post in question is false.