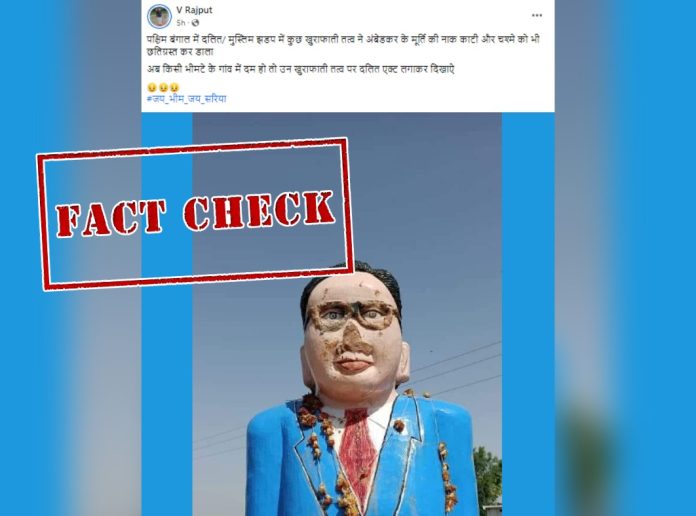 An image of Dr Bhimrao Ambedkar’s broken statue is viral on social media claiming that it was a result of a clash in West Bengal. 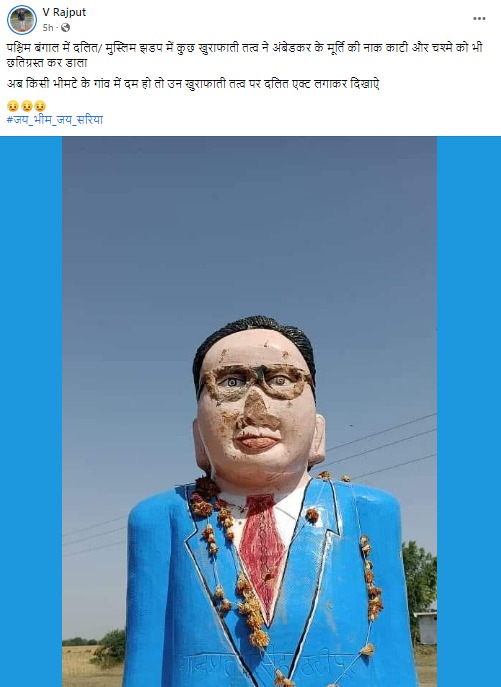 Here’s the link to the above post. Here, here.

Running a Reverse Image Search, we found The Quint website carrying the same viral image, dated March 15, 2022. According to the article, “A statue of the Indian Constitution’s architect Dr Bhim Rao Ambedkar was vandalised at the Muskra village in Sehore district of Madhya Pradesh on late Monday night, 14th March.” 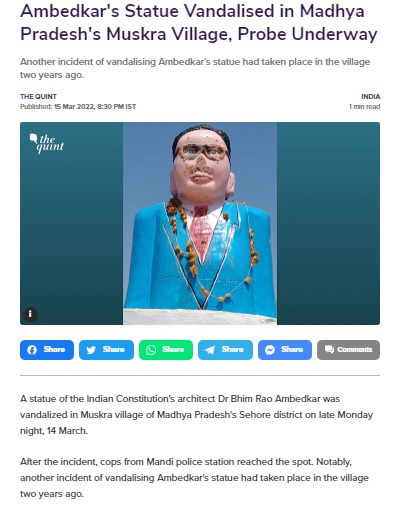 Other news websites like ABP News and Amar Ujala also reported the same incident in March 2022. The reports further stated, “As soon as the information about the incident was received, there was a stir in the area. Dalit organisations and villagers protested against the destruction of the statue. After the complaint, the Mandi police station has registered a case against the unknown accused.” 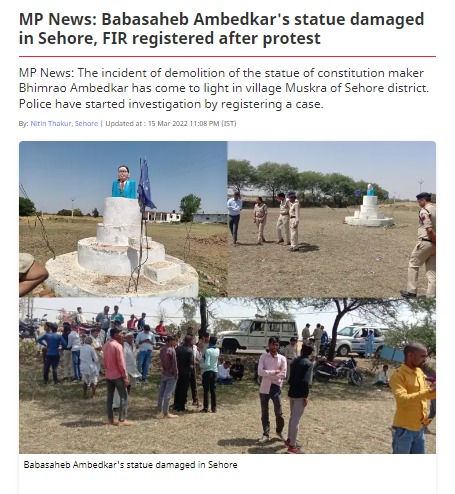 Further, we did a keyword search but could not find any credible media report stating that Dr Bhimrao Ambedkar’s statue was recently vandalised in West Bengal. 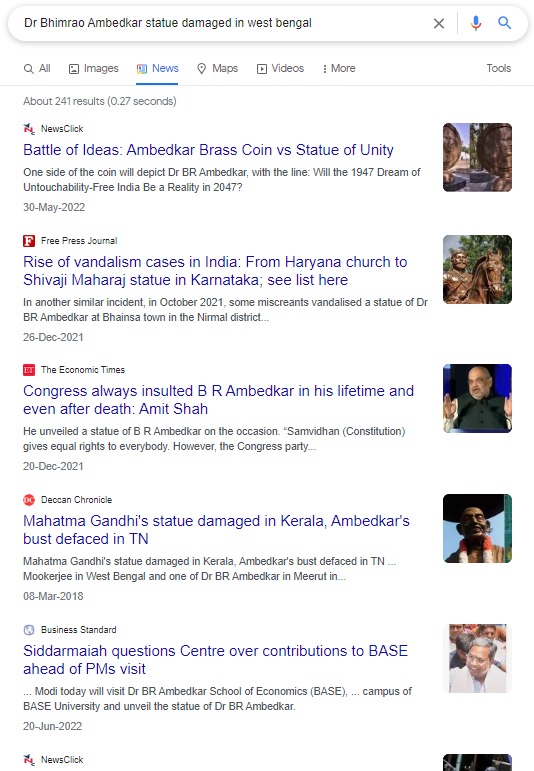 Thus, it is evident from the above information that the viral image of Dr Bhimrao Ambedkar’s broken statue is from Madhya Pradesh and not West Bengal. Therefore, the viral claim is misleading.