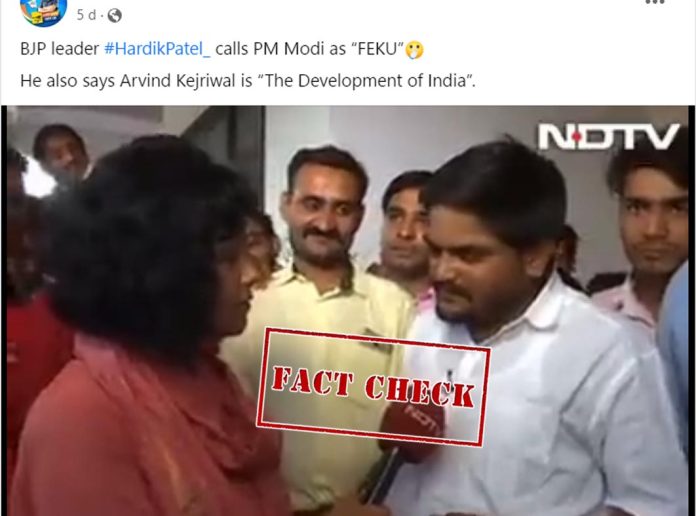 A video clip of a report by Indian news channel NDTV is being circulated on social media where Hardik Patel can be heard calling Prime Minister Narendra Modi ‘feku’ (A person who makes false claims).

The video is being shared with the claim that Hardik Patel made the statement after joining BJP. The post caption reads: BJP leader #HardikPatel_ calls PM Modi as “FEKU”🫢 He also says Arvind Kejriwal is “The Development of India”. 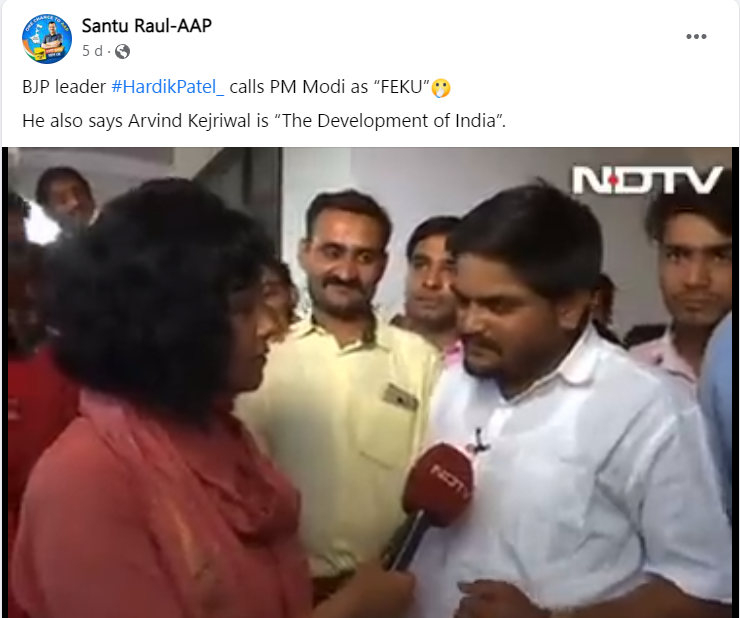 NewsMobile fact-checked the post and the video report to be old.

We ran a keyword search and found the same video report on the YouTube channel of NDTV dated July 19, 2016. The video was titled: What Hardik Patel thinks of PM Modi and other ‘netas’. 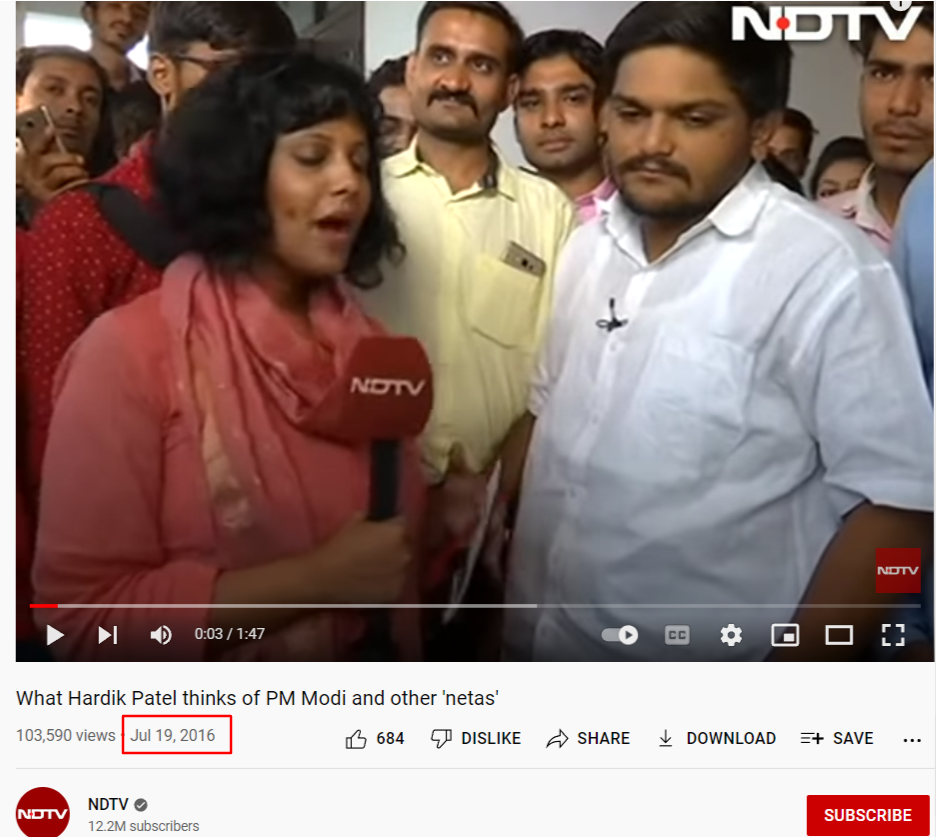 We then ran a keyword search and found a report by NDTV dated Jun 2, 2022, where it was mentioned that Hardik Patel Joined the BJP days after quitting Congress.

Accroding to the video description, months before the Gujarat election, Hardik Patel joined the BJP on June 2, 2022, at the BJP office in Gujarat’s Gandhinagar. 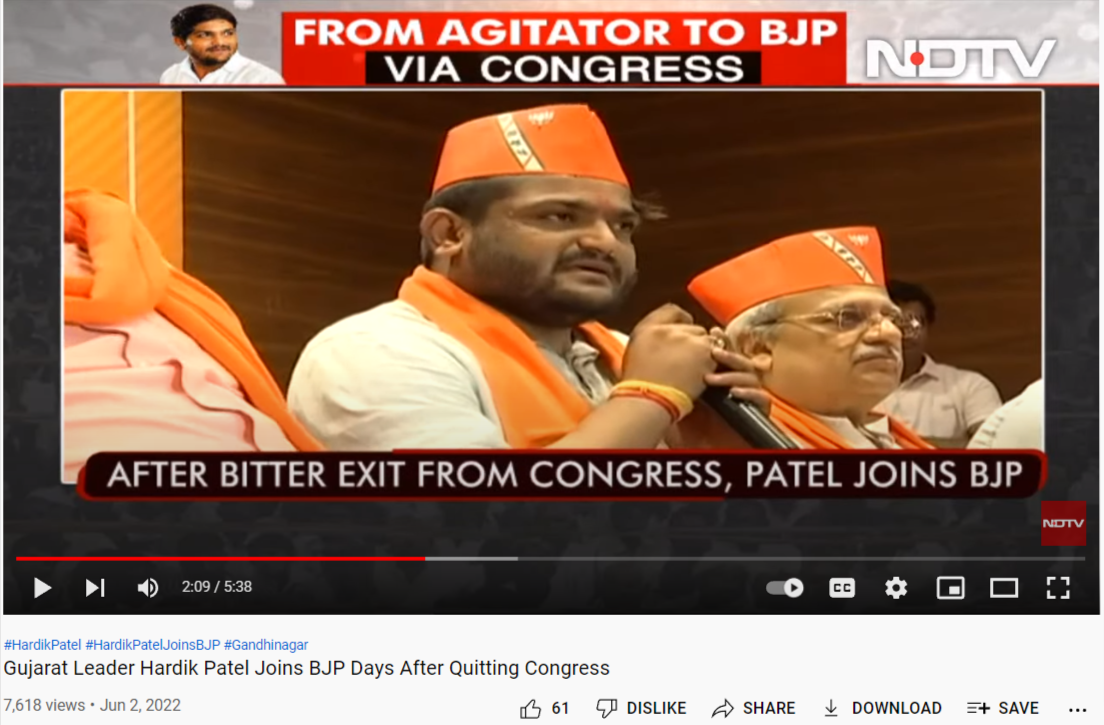 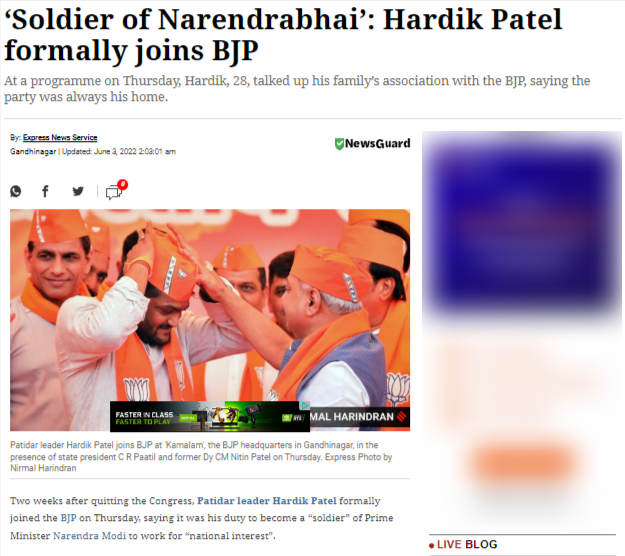 Hindustan Times and The Hindu also reported the same on June 2, 2022.

From the above fact check, it is clear that the video about Hardik Patel calling Prime Minister Narendra Modi ‘feku’ is from 2016, six years before he joined BJP. Hence, the post in circulation is misleading.