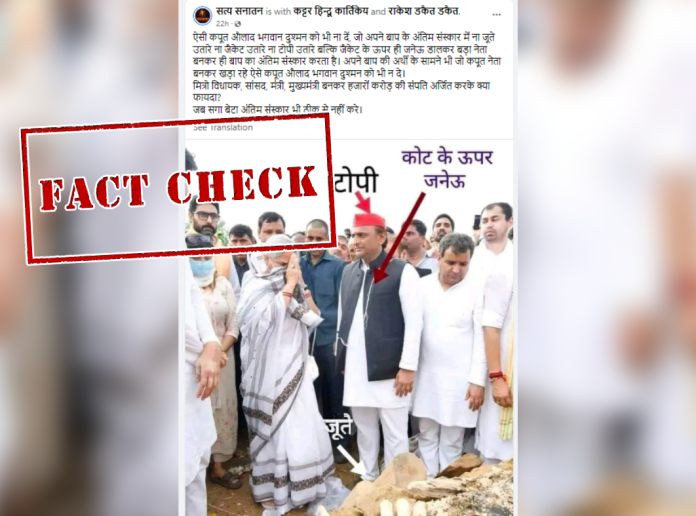 On October 11, Mulayam Singh Yadav, often known as “Netaji,” had his last rites performed in Safai, Uttar Pradesh. Against this backdrop, social media users are sharing the image of Samajwadi Party chief Akhilesh Yadav with MP Jaya Bachchan, claiming that Akhilesh kept his shoes on during his father’s funeral. 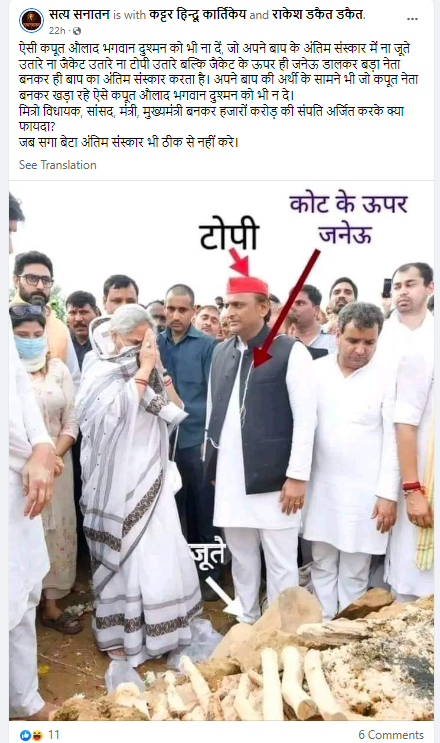 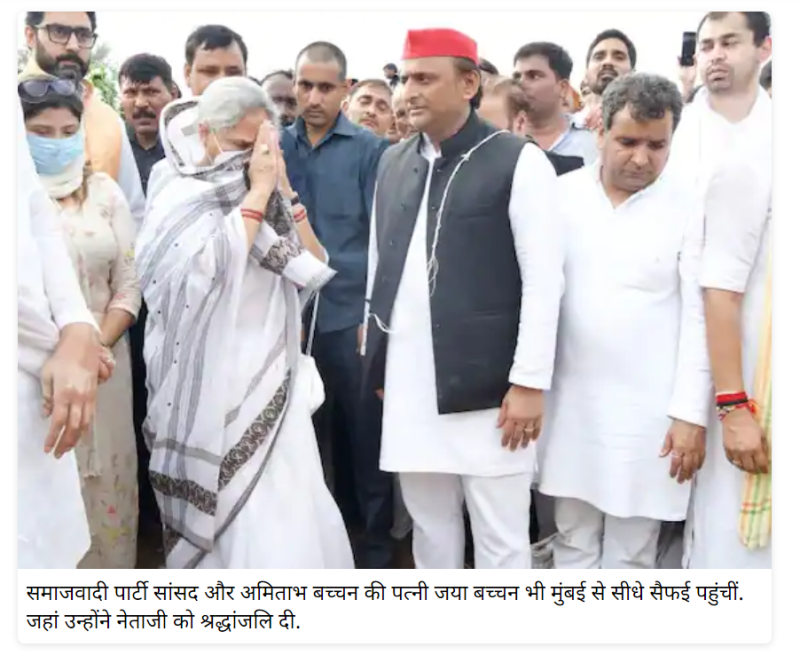 The official Twitter handle of the Samajwadi Party also shared images from Mulayam Yadav’s funeral and Akhilesh can be seen in black socks.

Thus, it is evident that the viral claim about Akhilesh Yadav wearing shoes during his father’s funeral is misleading.