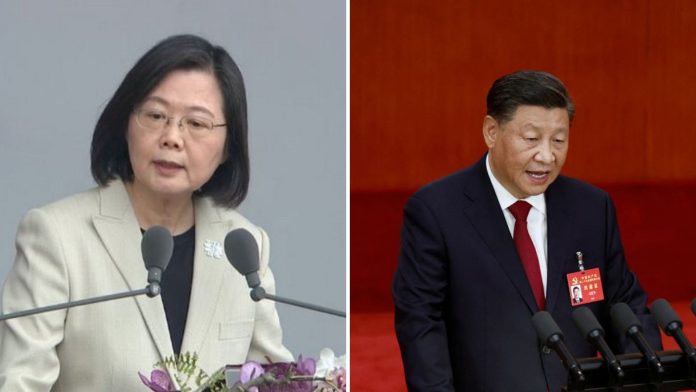 Taipei: After Chinese leader Xi Jinping commented that Beijing will renounce the use of force to reunite Taiwan, the island nation in a swift reply said that it will never compromise on the values of sovereignty, democracy, and freedom.

Taiwan Presidential Office Spokesperson Chang Tun-han in a statement quoted by CNN saying that “The national security team is closely monitoring the situation and will continue to pay close attention to subsequent developments,”.

The spokesperson further added that it is the consensus of the public that “territorial sovereignty, democracy, and freedom cannot be compromised, and military confrontation must be the option for both sides of the Taiwan Strait,”.

The comments were made in response to the statement of President Xi Jinping warning Taiwan and said that “Complete reunification of our country must be realized,”.

Delivering a report to the 20th Communist party National Congress in Beijing, Xi defended the military aggression against Taiwan, saying he “safeguarded” the country’s “dignity and core interests” for ensuring security.