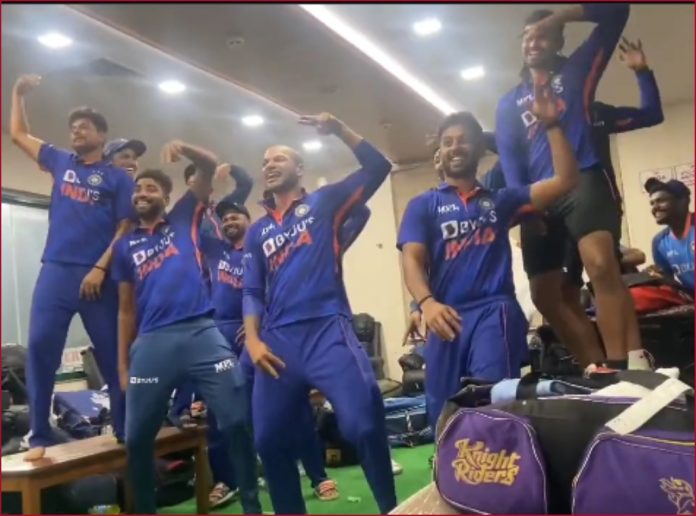 Team India defeated South Africa by 7 wickets in the series decider in Delhi. After dismissing South Africa for 99, India chased down the target with more than 30 overs to spare; Kuldeep Yadav was the standout of the game, taking four wickets in 4.1 overs, while Washington Sundar, Mohammed Siraj, and Shahbaz Ahmed each took two wickets.

Shubman Gill top-scored for the side, falling just one run short of his half-century, while Shreyas Iyer hit the winning runs with a six off Marco Jansen.

Following the series victory, Team India players celebrated in the dressing room and captain Shikhar Dhawan shared a video on his official Instagram profile where the members of the side could be seen dancing to Daler Mehndi’s song ‘Bolo Ta Ra Ra.’

After winning the series, Team India players celebrated in the dressing room. Captain Shikhar Dhawan posted a video on his Instagram profile, with the team members dancing to the song “Bolo Ta Ra Ra”.

Late in the night, India’s stand-in head coach VVS Laxman shared a detailed video of behind-the-scenes moments from the reel, where Dhawan could be seen teaching his teammates the steps for the dance.

. @SDhawan25 leading the team not just on the field, but off the field as well.
Brilliant camaraderie among the boys, great to watch. Bolo Tara Ra ra#INDvSA pic.twitter.com/BYqk14cXbd