Diplomacy Is All About Communication: Jaishankar Comments Amid Global Tensions | Newsmobile
Wednesday, February 1, 2023

Home Home Slider Diplomacy Is All About Communication: Jaishankar Comments Amid Global Tensions 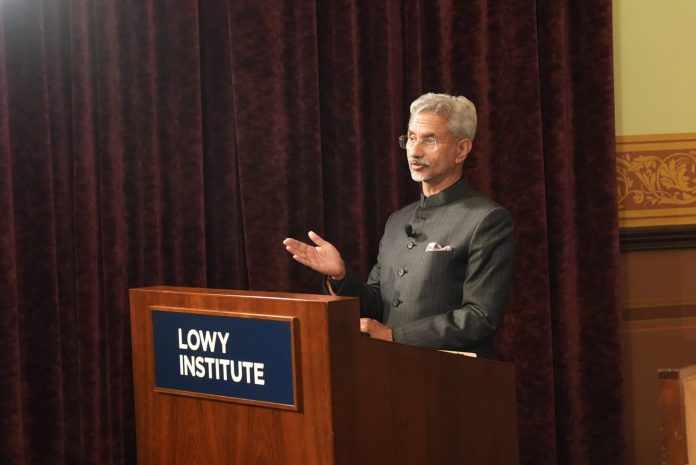 Sydney: Amid the escalating global tension over the Russia and Ukraine conflict, External Affairs Minister Dr. S Jaishankar divulged the intricacies of diplomacy, to “keep communication lines open” during hostilities between nations.

Speaking at the Lowy Institute in Sydney, Jaishankar emphasized on the fundamentals of diplomacy.

He further gave an example of how India managed the relationship between them and China and said “We had two and half very difficult years of relationship with China (Galwan clash) which has included the first bloodshed we had on the border after 40 years. We lost 20 soldiers but our endeavor, my endeavor has been to keep the communication lines going,”.

He further added that “the morning after that I called up my counterpart Wang Yi and urged him to ensure that there are no escalatory moves, complicating moves by the Chinese side.”

Jaishankar further added that “India-Australia relationship has been the focus of my visit. I am the 6th minister of Prime Minister Narendra Modi’s government to visit Australia this year after the Labour Government has come to power. That in itself should tell you something about the seriousness with which we approach this relationship,”.

He also emphasized that the relationship between the two countries is being discovered/rediscovered more profoundly than before.