Home Business Rupee Falls To Record Low Against US Dollar At Rs 82.20 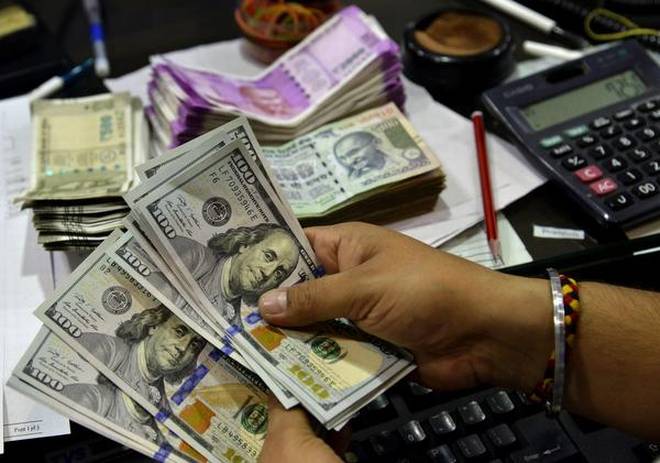 Mumbai: With increasing oil prices weighing on traders’ sentiments, the rupee plunged to an all-time time low of 82.22 against the US dollar in morning trade on Friday.

The traders are also monitoring US payrolls report which is expected on Friday.

Depending on this, the US Federal Reserve’s stance on monetary policy could also be influenced. The rupee had closed at 81.88 in the previous session.

Government bond yields are expected to open higher on Monday, as concerns over debt supplies may resurface after weaker-than-expected demand at a debt auction on Friday. Bond prices and yields are inversely related.

The dollar index, which tracks the greenback versus a basket of six major peers, was little changed at 112.032 following a rally from a two-week low.

Oil prices rose on the back of a “deep” supply cut by the Organization of Petroleum Exporting Countries (Opec) and its allies, and are set for more volatility. Crude prices are headed for the biggest weekly gain since early of Russia’s invasion of Ukraine this year.

A weak rupee has driven dollar selling by the Reserve Bank of India to support the currency. But this has raised concerns over India’s dwindling foreign exchange reserves.

Last week, RBI also raised its repo rate last week in order to rein in the depreciation of the local currency against the dollar.