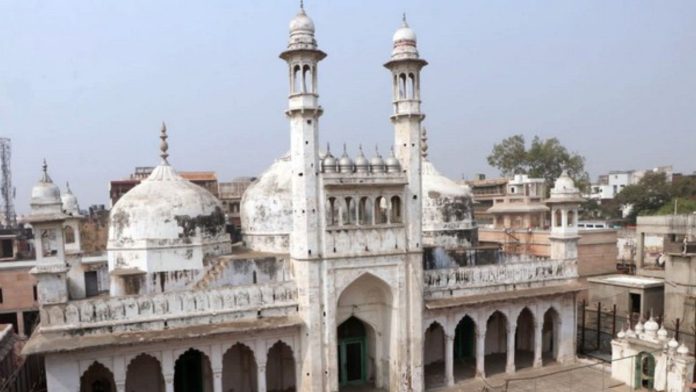 Varanasi: The Varanasi court on Friday deferred the hearing to October 11 to hear the plea seeking carbon dating/scientific investigation of the structure found inside the Gyanvapi Mosque which was claimed by them to be a ‘Shivling’.

The court is likely to pronounce its order on the date after hearing the argument of Anjuman Intezamia Committee.

Advocate Vishnu Jain representing the Hindu side said that “The court asked us to clarify on two points whether the structure found inside Gyanvapi Masjid is part of this property or not? Second, can the court issue a commission for scientific inquiry? We have submitted our reply.”

Advocate Jain further said that the Muslim side has sought some time to reply. The matter will now be heard on October 11. The bench of Varanasi District Judge Ajay Krishna Vishwesh delivered the order.

Earlier on September 29, the court had reserved the order in the Gyanvapi Mosque-Shringar Gauri case after hearing both sides’ arguments.