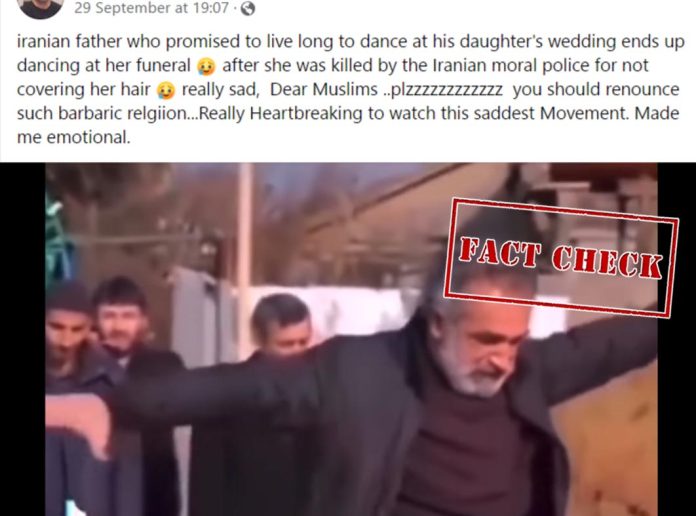 A video of an elderly man crying and dancing is going viral on social media, claiming that it shows an Iranian father dancing at the funeral of his daughter, 22-year-old Mahsa Amini, who was killed during the ongoing protests in Iran.

Facebook users are sharing the video with the text: Iranian father, who promised to live long to dance at his daughter’s wedding, ends up dancing at her funeral after she was killed by the Iranian moral police for not covering her hair really sad, Dear Muslims. plzzzzzzzzzzzz you should renounce such barbaric religion…Really Heart-breaking to watch this saddest movement. Made me emotional. 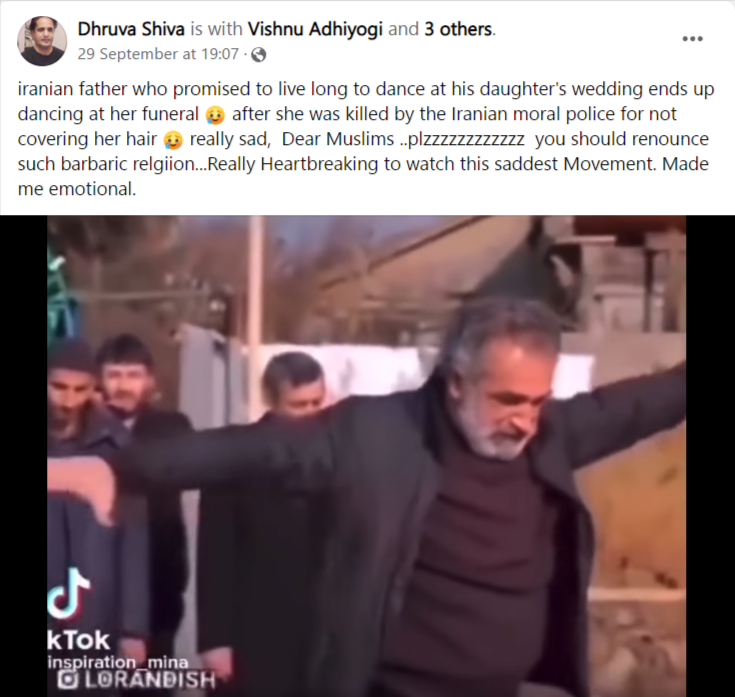 Putting the video keyframes through a Reverse Image Search, we found a Facebook post, dated August 29, 2021, where the same video was shared.

We found that the video had the logo of Xəzər, a TV channel, in Azerbaijan.

Another video on YouTube, dated October 2021, with a title: (Translated to English via Google): FULL FRAGMENT. A father danced at his daughter’s funeral. Telegram: World Busker, informs that dad promised his daughter to dance at her wedding and kept his promise, but unfortunately he danced at her funeral. The film (Azerbaijani series) is called ATA OCAGI (Ata Ochagi). The song at the moment where the bride is in the hospital is sung by Dallarımı kırdılar Çinare Melikzade. 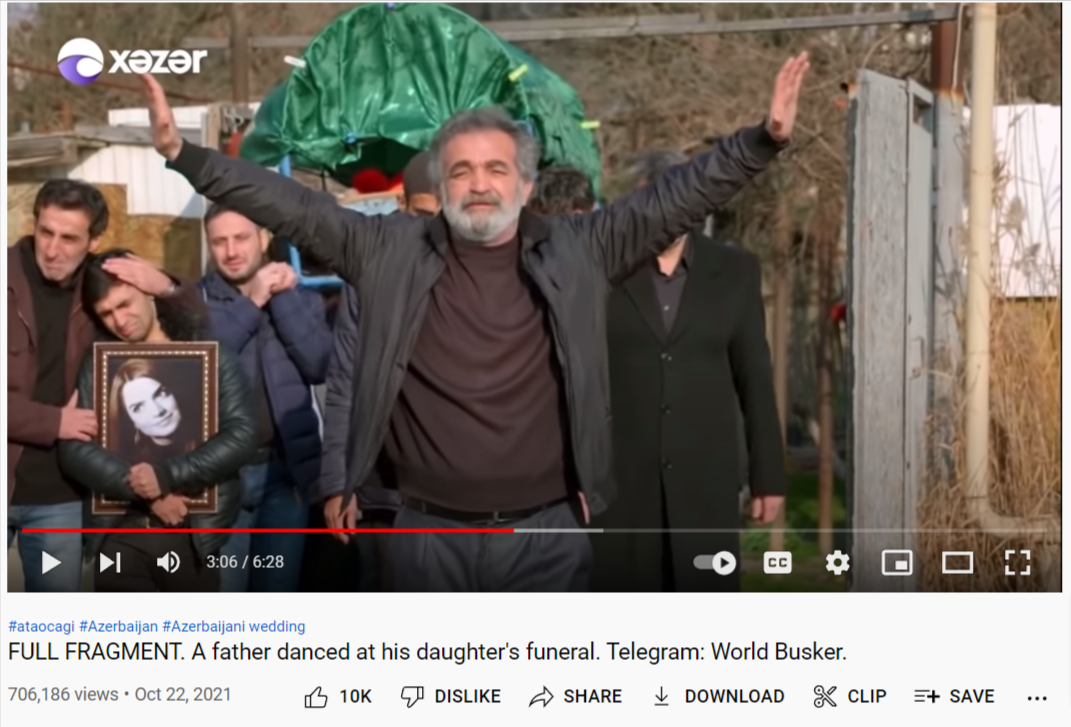 We also found the same clip on the youTube channel Xəzər Film, dated January 9, 2018, with the title: Ata Ocağı (78-ci seriya). The video description mentions that the clip is from the TV series Ata Ocagi. 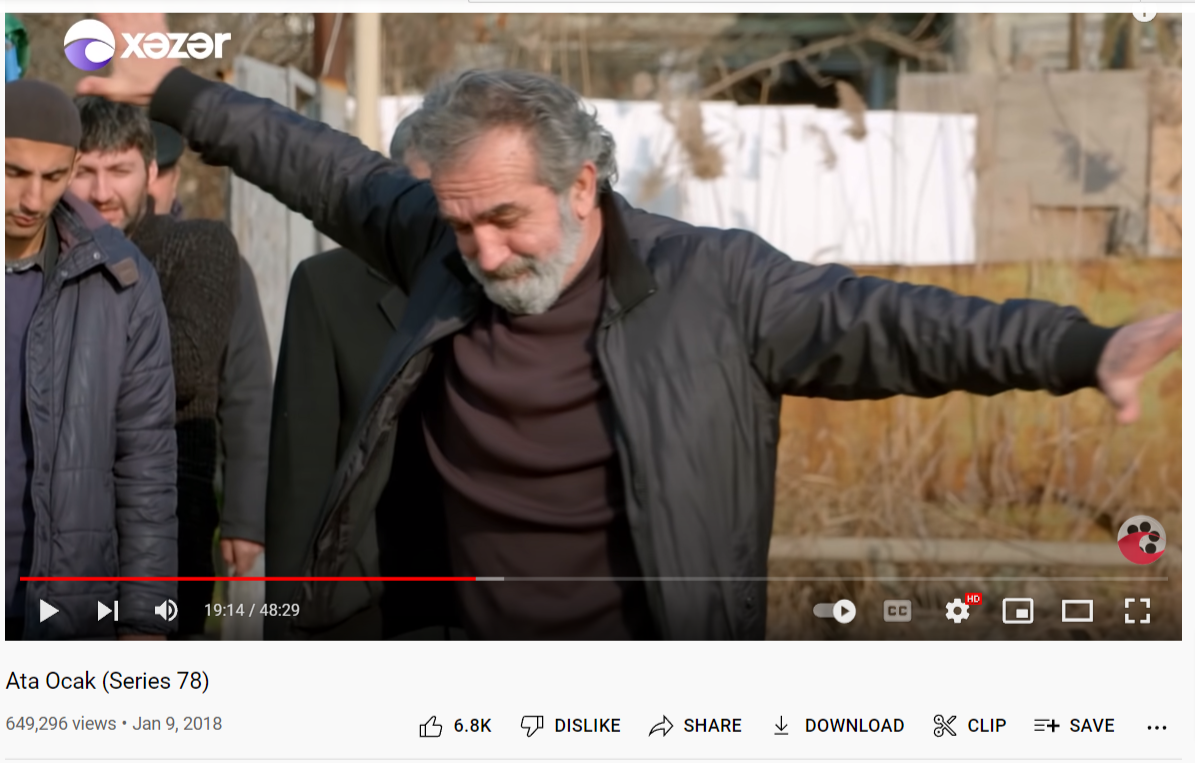 Hence, it is clear that the viral video is taken from a TV Series and its claim is false.