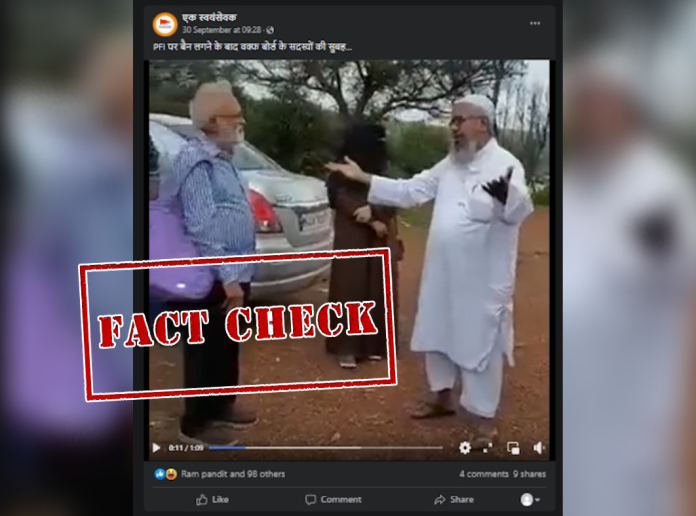 Government of India imposed a 5-year ban on the Muslim group Popular Front of India on September 22, 2022, citing their alleged terror links with infamous Islamic groups. This happened following multiple raids over weeks across their offices which also led to many of its leaders being arrested.

Against this backdrop, a viral video of a man from the minority community  singing the title track of Mahabharata is doing rounds on social media. Many users are sharing the video with a claim that this is a fallout of the government crackdown on PFI and are giving it a communal angle.

(English Translation: After the ban on PFI, here’s the morning of the members of the Waqf Board…) 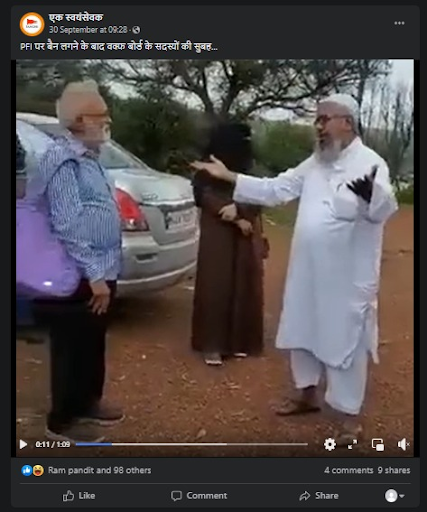 We started our investigation by running a Reverse Image Search of the video keyframes and landed on an article titled: The beauty of India’: Muslim man’s rendition of iconic Mahabharat title song goes viral, published online on The Indian Express on September 23, 2021. The article informs us that the rendition of the famous song was shared by the former Election Commissioner of India S.Y. Quraishi. We could not find anything in the report related to the waqf board or PFI. 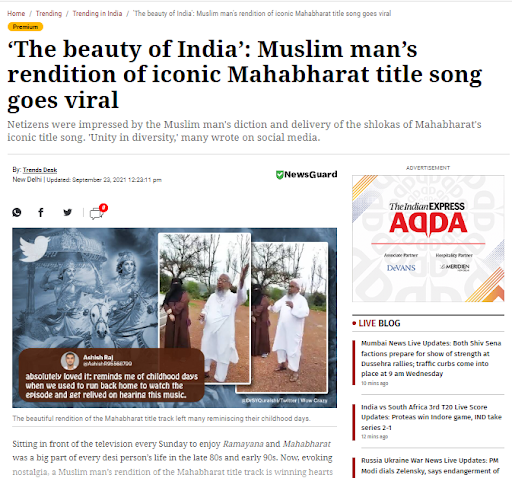 Taking a cue from this we looked up the tweet mentioned in the report. Our search landed us on a September 20, 2021, tweet published on the official handle of Dr S.Y. Quraishi. The description of the video reads: Beating the stereotypes! And the video matches exactly with the viral video.

Finally, we came across a YouTube video titled: True Colours Of India: Muslim Man’s Rendition Of Iconic Mahabharat Title Song Goes Viral, published on the official channel of IndiaTimes- an Indian online media house. Here too, the video matches exactly with the viral video. Although the identity of the man is still unknown, we could not find any report linking the man to PFI or the Waqf board.

Therefore, based on our investigation, we can conclusively say that the video of a Muslim man singing the title track of Mahabharata viral with linkage to ban on PFI is misleading.