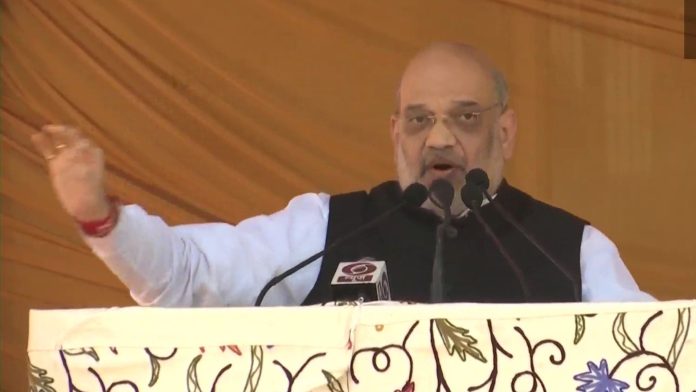 Baramulla: Home minister Amit Shah said Modi’s model of governance has transformed the Valley from a “terrorist hotspot” to a “tourist hotspot” while addressing a rally in Baramulla on Wednesday.

“Earlier, this was a terrorist hotspot, now it’s a tourist hotspot. Increasing tourism in J&K has given employment to a number of youth here,” the home minister said at the gathering.

#WATCH | We want to wipe out terrorism from Jammu & Kashmir so that it remains the heaven of India. People say, we should talk to Pakistan, we say will talk to the people of Kashmir: Union Home Minister Amit Shah during a public rally in Baramulla, Jammu & Kashmir pic.twitter.com/R86j4vbzGY

The home minister said that elections will be held in Jammu and Kashmir with complete transparency as soon as the voter list compilation is complete.

Earlier in the day, Shah chaired a security review meeting with senior officials in Srinagar. Today is the last day of his visit to the union territory – the second since the abrogation of Article 370.