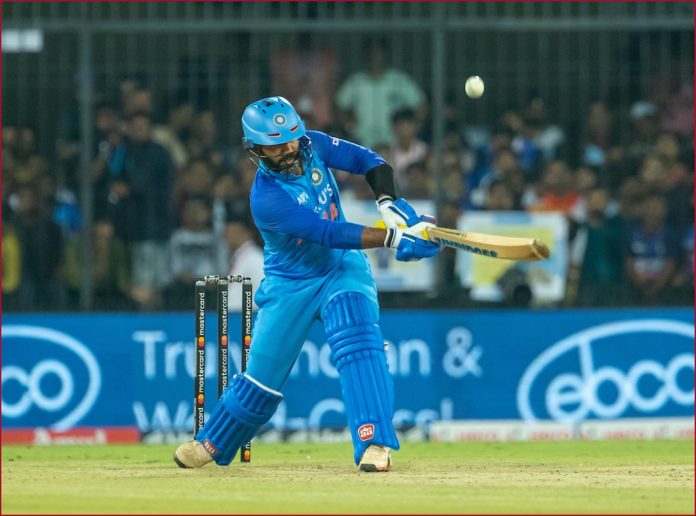 Indore: India lost the final T20I of the three-match series to South Africa by 49 runs on Tuesday at the Holkar Cricket Stadium in Indore.

India struggled to get going while trying to chase down a large 228-run total after losing Rohit Sharma in the opening over.

The South African bowlers continued to chip in with wickets at regular intervals during the subsequent innings, and India was eventually bowled out for 178 in 18.3 overs.

Dinesh Karthik scored 46 runs off just 21 balls, but other Indian batters were unable to extend their innings.

This happened after Rilee Rossouw scored his maiden T20I century and helped South Africa post a big total of 227 for 3 in 20 overs.

Quinton de Kock also contributed to the team’s cause with a 43-ball 68. Rossouw scored 100 not out off 48 balls.

India skipper Rohit Sharma had won the toss and opted to field first vs South Africa.