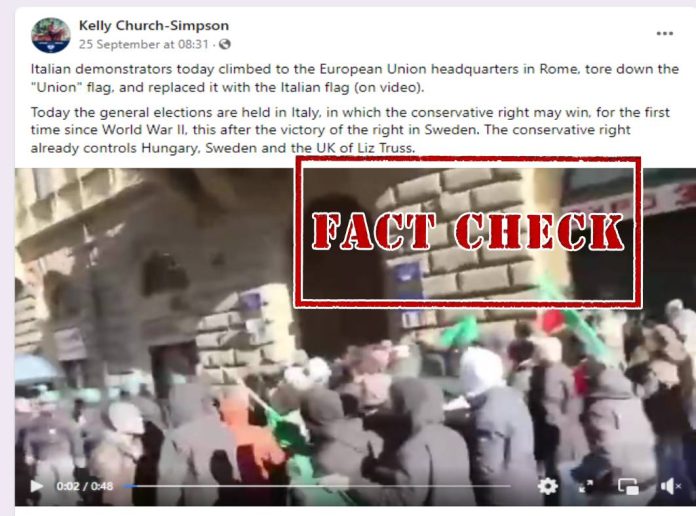 On September 27, 2022, a right-wing coalition led by Giorgia Meloni’s Brothers of Italy, a party with neo-fascist roots on the extreme right, won a resounding 44% vote. As a result, Meloni became the first female Prime Minister of the third-largest economy in Europe to take office with control over both the Senate and Chamber of Deputies.

In the above context, a video has gone viral on social media showing people tearing down European Union’s flag from its Rome headquarter on the election day in Italy.

The caption associated with the video reads: “Italian demonstrators today climbed to the European Union headquarters in Rome, tore down the “Union” flag, and replaced it with the Italian flag (on video). Today the general elections are held in Italy, in which the conservative right wing may win, for the first time since World War II. This is after the victory of the right wing in Sweden. The conservative right already controls Hungary, Sweden and the UK of Liz Truss.” 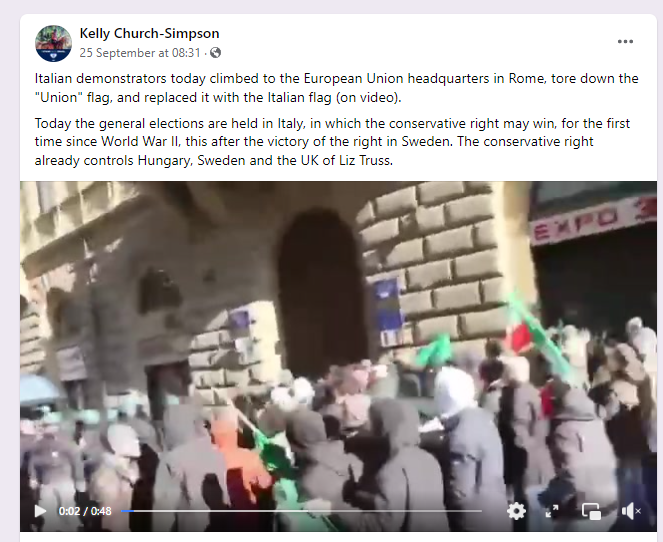 NewsMobile did the fact check, and found it to be fake.

Doing a Google Reverse Image Search with one of the screenshots, we found the same video uploaded on a YouTube channel, dated December 19, 2013, with a caption: “Azione sotto la sede della rappresentanza Ue a Roma in via IV novembre. Militanti di CasaPound rubano la bandiera dell’Unione Europea in opposizione alle politiche economiche e finanziarie di Bruxelles, per una sovranità nazionale e monetaria. ” (English translation: “Action under the headquarters of the EU representation in Rome in via IV novembre. CasaPound militants steal the flag of the European Union in opposition to the economic and financial policies of Brussels, for national and monetary sovereignty.”) 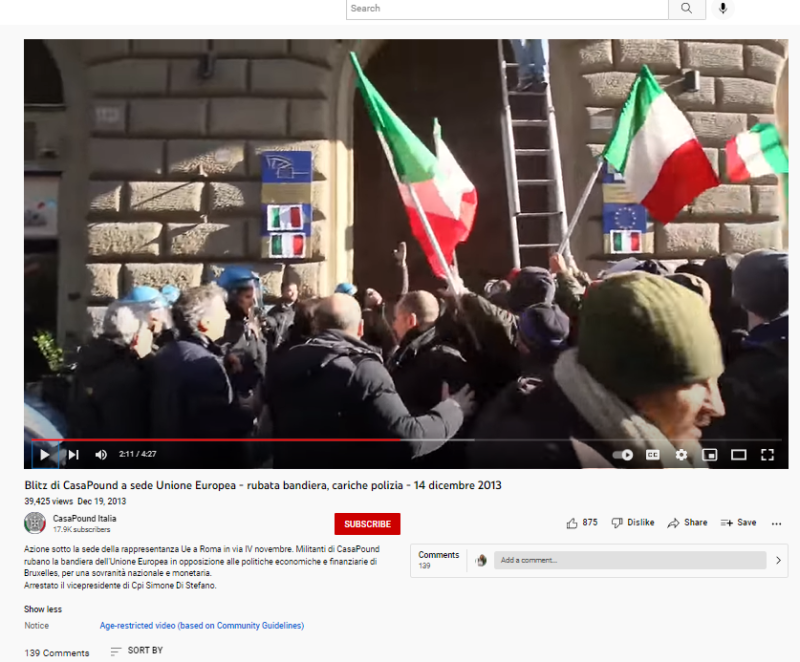 Another YouTube channel also had uploaded the same video on December 17, 2013.

The incident had been reported by Thomson Reuters Foundation on December 14, 2013. According to the report, “An Italian neo-fascist fringe group scaled the front of the European Commission’s Rome headquarters and tore down the EU flag after a week of protests against economic hardship and austerity in the country.”

We also found no reports of such violence in Italy post-election day.

Hence, we can ascertain that the viral report is fake.