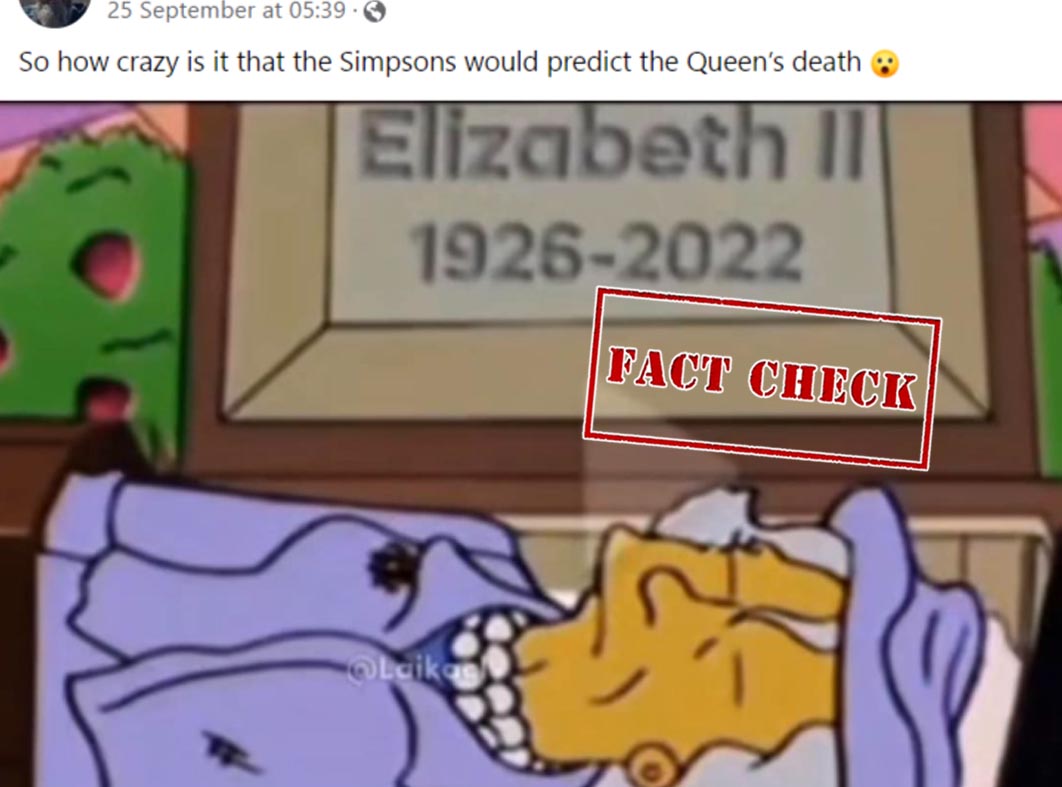 The post reads: “So, how crazy is it that The Simpsons would predict Queen’s death.” 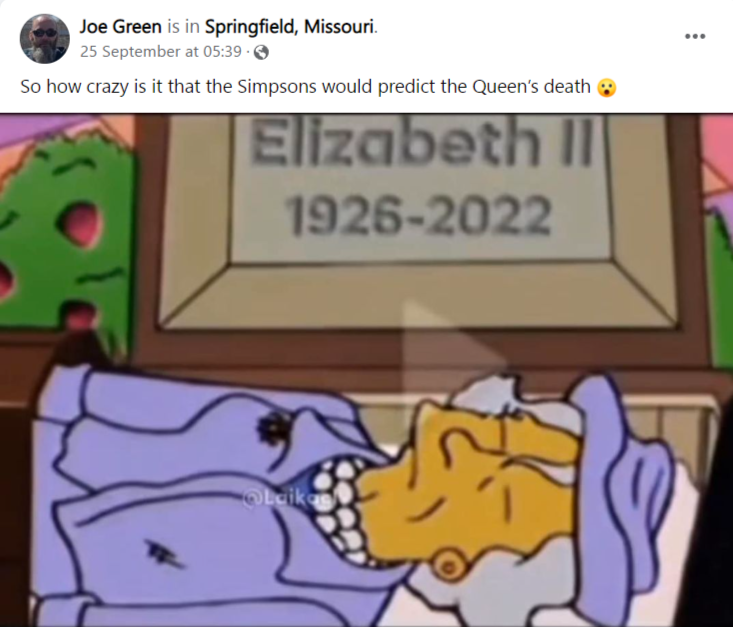 NewsMobile fact-checked the post, and found it to be false.

Running a keyword search, we found a fan-curated Wiki page of ‘The Simpsons’. According to the website, the queen appeared in several episodes of the shows. But none of the episode summary mentioned on the page states that she died.

One of the episode’s summary has mentioned that ‘when The Simpson family went to London on holiday, Homer (a character from the show) hit her carriage with his rental car. However, her death wasn’t mentioned anywhere in the summary. We also found the video of the episode on YouTube with a title: The Simpsons Homer nearly kill the Queen of England.

Putting the viral image through a Reverse Image Search, we traced a tweet from 2020, having a similar picture of the former US President in a casket, claiming that The Simpsons has predicted his death. 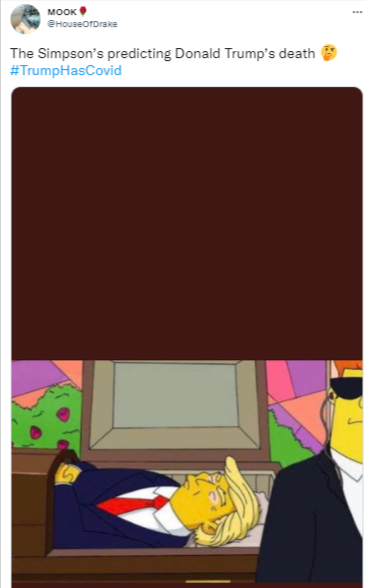 The above image of Donald Trump was debunked by Snopes in 2017. We realised that the same image has been edited and the cartoon version of the queen and the date have been added digitally.

Hence, it is evident that the viral image is fake and the Queen’s death was not predicted in any of the episodes of The Simpsons show.