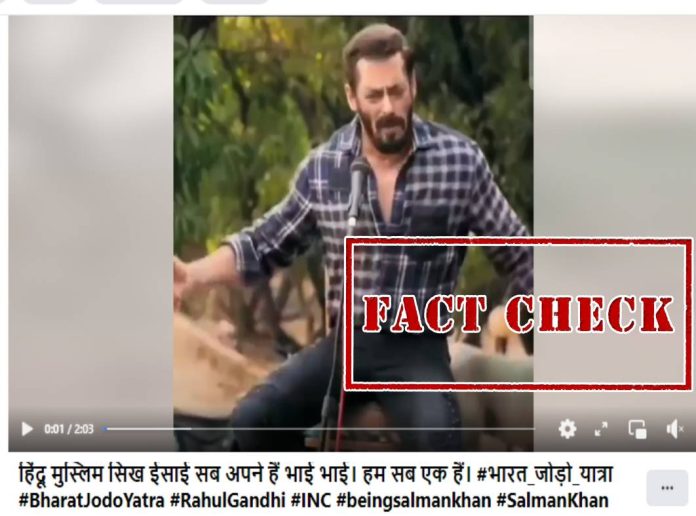 Congress has held a Bharat Jodo Yatra, a rally to promote the unity of the nation, which started in Kanyakumari and will end in Kashmir.

In the above context, a video of Salman Khan has gone viral on social media showing him singing a song “Bhai Bhai”, and talking about the unity of the nation.

The video is shared with a caption claiming that Salman Khan dedicated this song to the Congress’ Bharat Jodo Yatra’.

Searching with appropriate keywords, we found the same video uploaded on the verified YouTube channel of Salman Khan, dated May 25, 2020, with a caption: “A special gift for all of you on this auspicious occasion of Eid. Listen to Bhai Bhai and spread the brotherhood. Eid Mubarak to everyone! ” 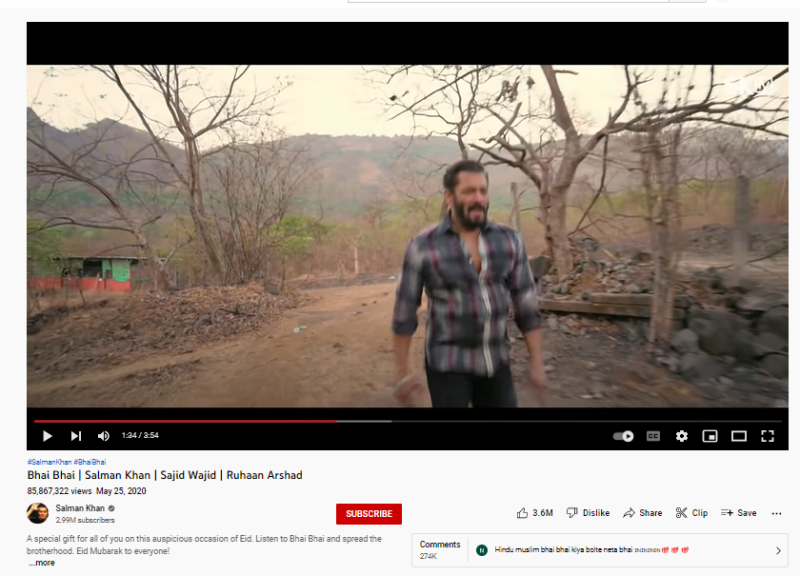 India Today also reported on Salman Khan’s song on May 26, 2020. According to the report: “On the occasion of Eid-ul-Fitr, superstar Salman Khan on May 25, 2021 released a brand-new song titled Bhai Bhai. If not a film, the actor ensured his fans get their Eid from Bhai this year.”