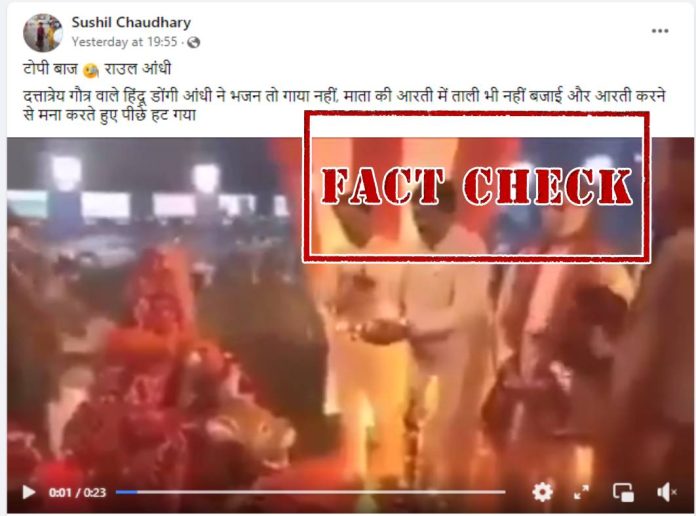 As a part of Congress’ Bharat Jodo Yatra, Rahul Gandhi is currently in Kerala and about to enter his constituency — Wayanad, on the 18th day of the rally.

In the above context, a video is widely shared on social media showing him standing in a Pooja ceremony. The video further shows a person on the right of Rahul passing ‘Aarti lamp’ to the person on the left, while Rahul is standing in between. 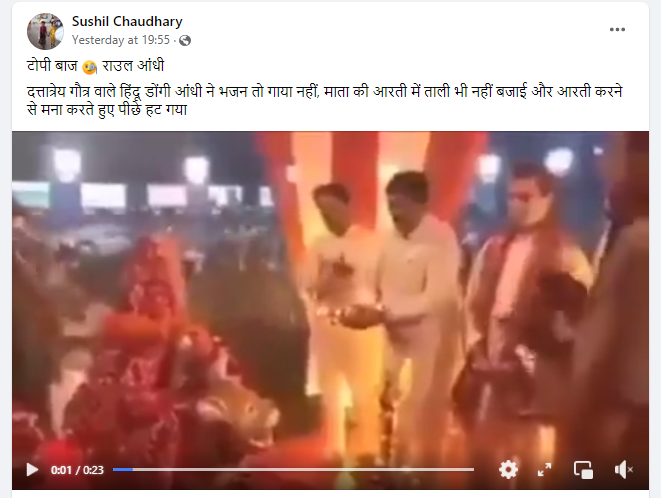 Doing a Google Reverse Image Search, we found the same video uploaded by a Facebook user, dated September 27, 2017, with a caption: “Rahul Gandhi at Garba Pandal in Rajkot.”

Indian Express also reported about the event on September 27, 2017. According to the report: “On a visit to Mehsana in north Gujarat in December last year, Congress vice-president Rahul Gandhi had visited Umiya Mata temple in Unjha town and performed aarti.” In the image one can see Rahul Gandhi holding the Aarti lamp. 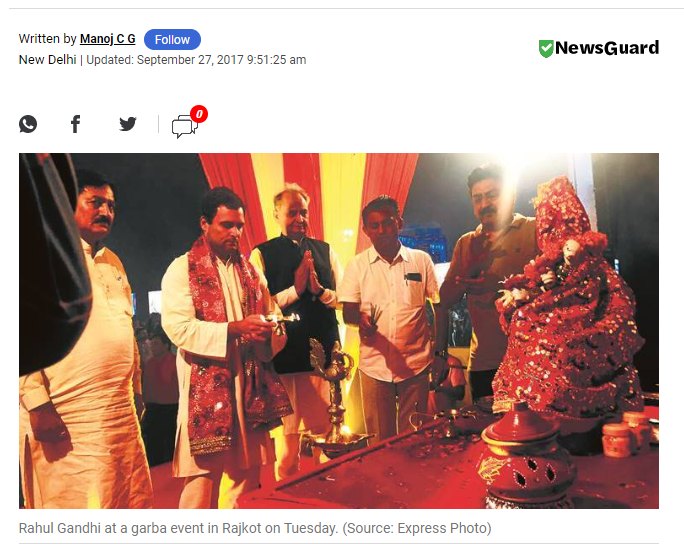 Rahul Gandhi had also shared stills of the event where he is clearly seen performing the aarti. 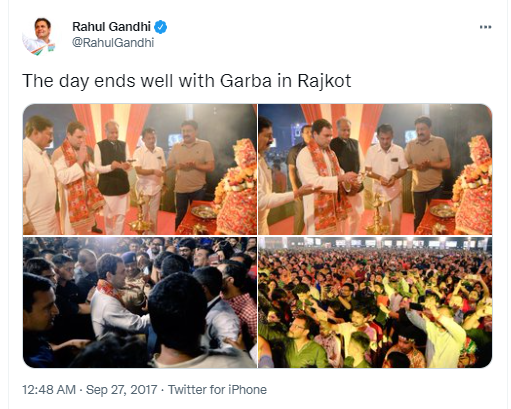