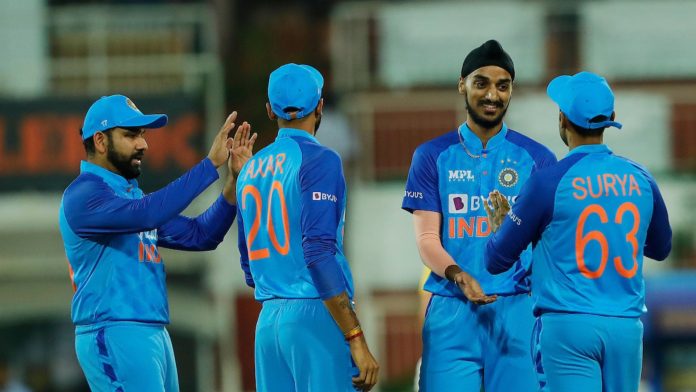 India won the toss and elected to bowl first in the first T20 game.

Skipper Rohit Sharma and the side made an impactful comeback after suffering a loss in the first game of the series against Australia. With India taking on South Africa, the side will be more confident and clear with roles in terms of team dynamics.

Virat Kohli once again took the job of chasing a mammoth total in the second innings and led the team to victory in the decider game. Suryakumar Yadav and Hardik Pandya will be key players for the side in the upcoming games leading to the T20 World Cup.

Jasprit Bumrah is back in action with an impactful performance in the series. Mohd Shami is yet to return to the squad after testing positive for COVID.

Shreyas Iyer, Shahbaz Ahmed, and Umesh Yadav have made their way into the squad. Deepak Hooda has been ruled out due to an injury. Hardik Pandya and Bhuvneshwar Kumar will join Hooda at the NCA for conditioning.

South Africa will return after a series win against Ireland. Skipper Temba Bavuma will take on the India with an experienced side with players like David Miller, Quinton de Kock, and Kagiso Rabada part of the squad.