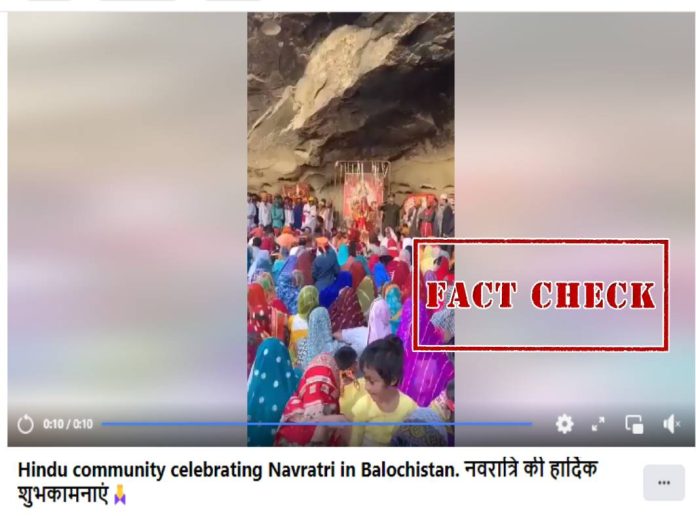 Video of a Puja ceremony in a temple is widely shared on social media, claiming that it is of the Navratri Puja held in 2022 at Hinglaj Mata Mandir in Balochistan.

The video is shared with a caption: “Hindu community celebrating Navratri in Balochistan.”

NewsMobile did the fact-check, and found it to be misleading.
Doing a Google Reverse Image Search with one of the screenshots of the viral video, we found the same image uploaded by a website TekDeeps, dated October 25, 2020, with a title: “Temple of Mata Hinglaj in Balochistan Pakistan Navratri Puja — Even in Pakistan, Devi Maa shouts, special worship is done, people from all over the world go to see.” 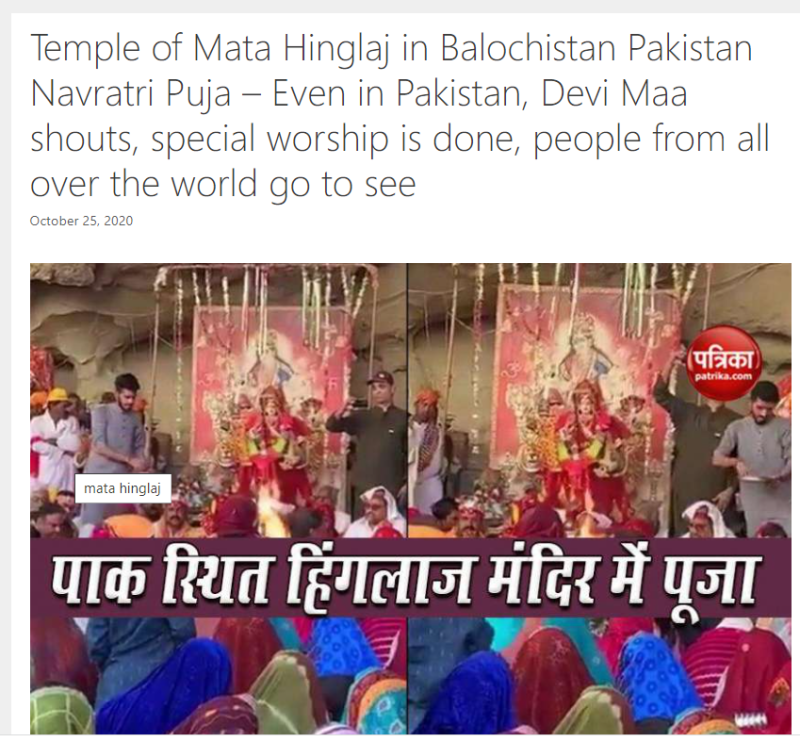 The article also had a video embedded in it, which was same as the viral video. The video had been tweeted by Congress leader Shakeel Ahmed on October 24, 2020. 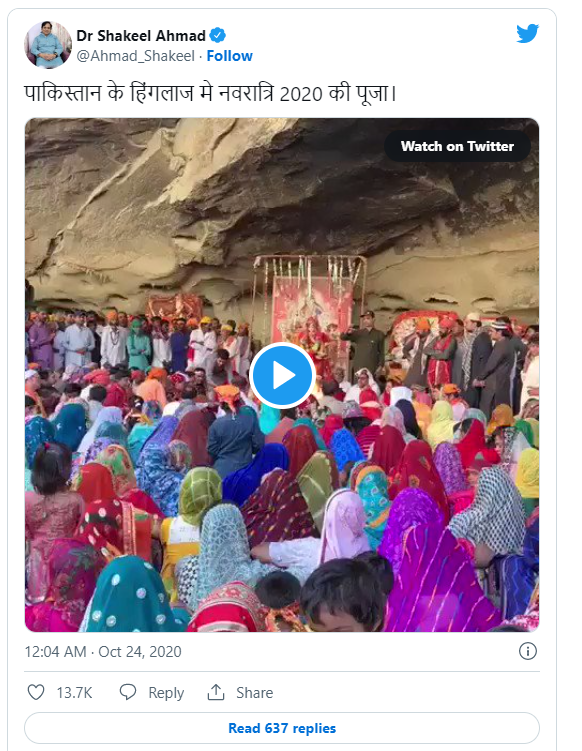 India TV also reported about the puja on October 24, 2020. The report had a screenshot of the viral video. 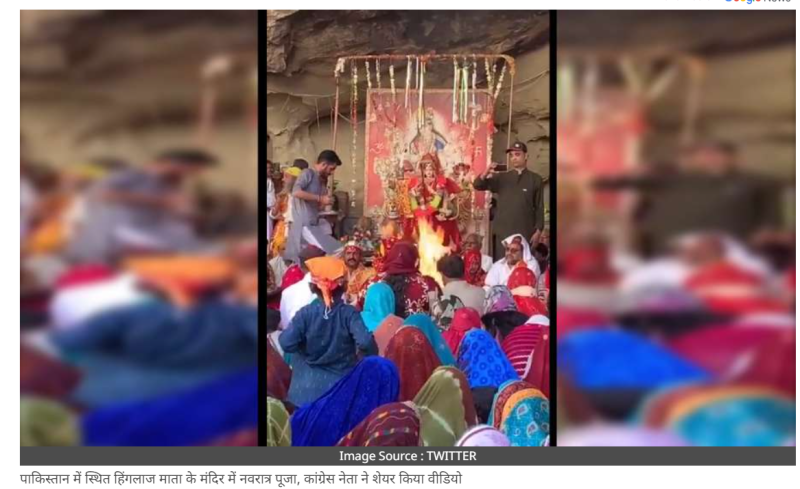