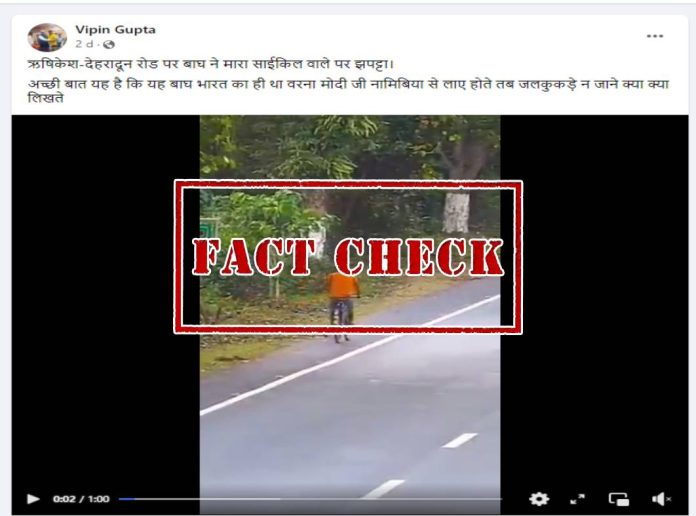 A video of an animal attacking a cyclist has gone viral on social media with a caption claiming that it is of a lion attack on the Rishikesh-Dehradun Highway.

Different captions claim names of different big cats. While some claim the attack is by a tiger, others claim it is by a lion. 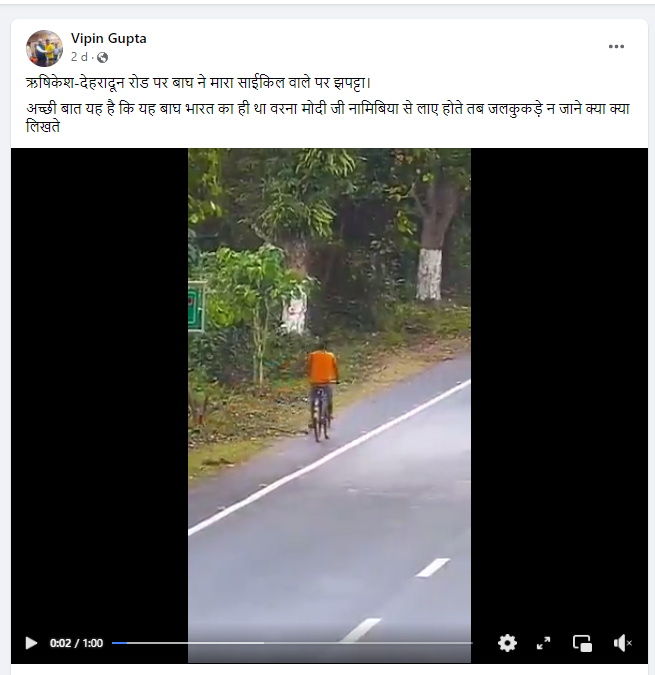 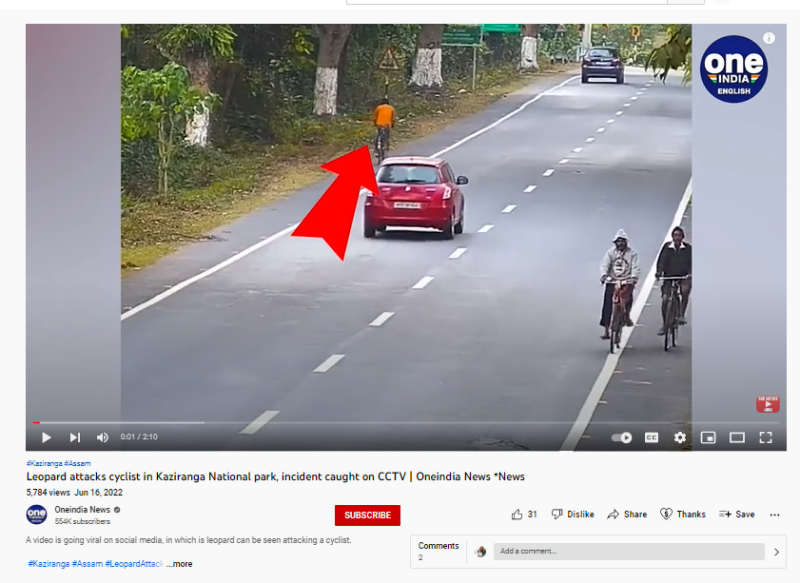 A screenshot of the video was also shared by MoneyControl on June 16, 2022, with a caption: “A leopard pounced on a passing cyclist in Assam’s Kaziranga National Park.” 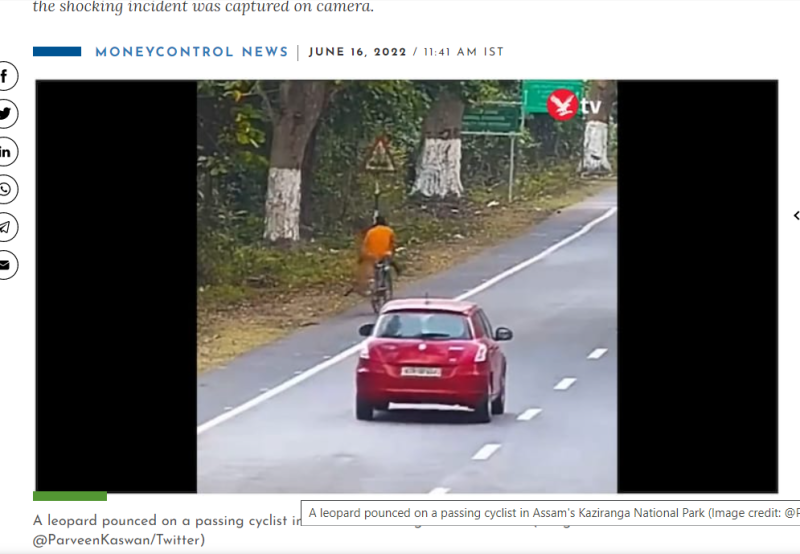 Hence, we can ascertain that the viral video is of a leopard attacking a cyclist in Assam’s Kaziranga National Park, not on the Rishikesh-Dehradun highway as claimed.