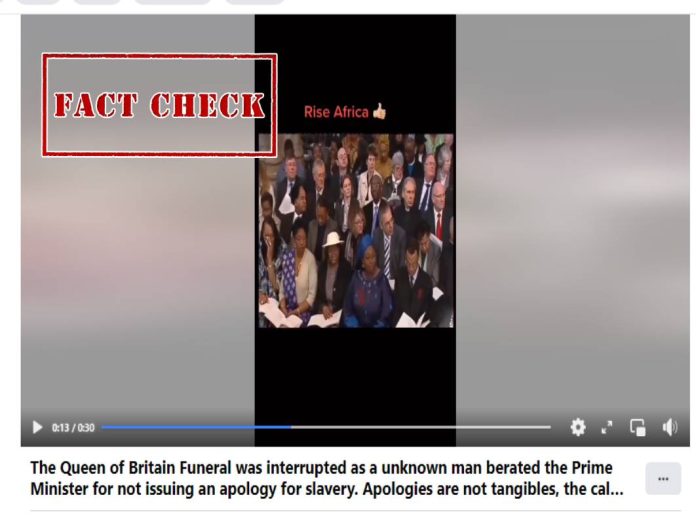 In the above context, a video is widely shared on social media showing an African man interrupting a ceremony and yelling: “you’re a disgrace.” Eventually, he was escorted out by security forces. The video is shared with a claim that an African activist interrupted the queen’s funeral seeking a formal apology from Britain over the slave trade.

The video is shared with a caption: “Queen’s funeral was interrupted as an unknown man berated the prime minister for not issuing an apology for slavery. Apologies are not tangibles, the call for reparations should be the order of the day. Anything less is uncivilised.”

NewsMobile did the fact-check, and found it to be false.

We found the same video uploaded by a YouTube channel, dated May 30, 2007, with a caption: “BBC News clips Re: Human Rights campaigner Toyin Agbetu interrupted a commemorative service at Westminster Abbey marking the 200th anniversary of the act to abolish the slave trade.” 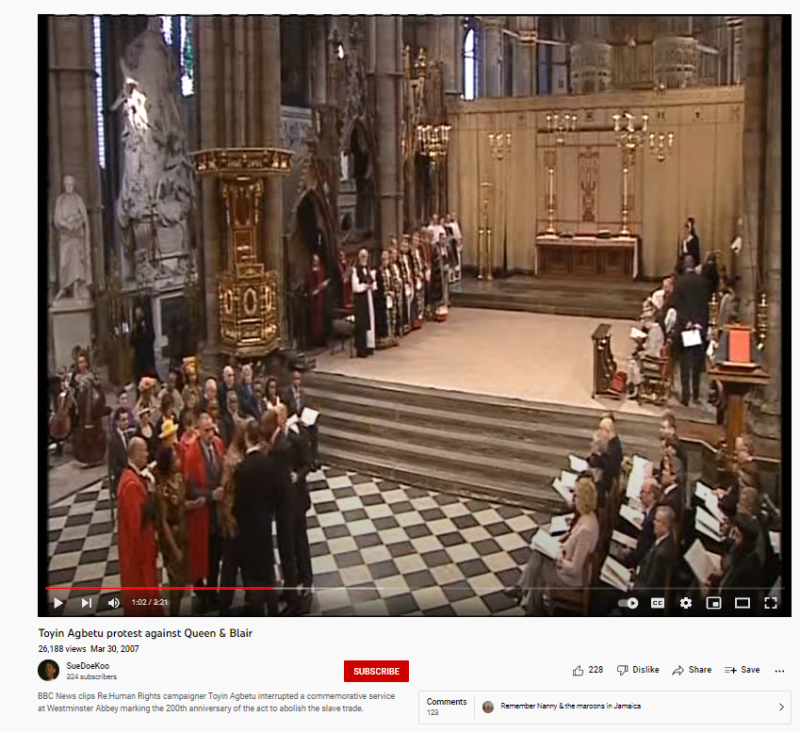 The screenshot of the incident was also uploaded by Getty Image with a caption: “A protestor, named Toyin Agbetu, is stopped by security as he disrupts a service to mark the bicentenary of the 1807 act to abolish the slave trade, attended by Britain’s Queen Elizabeth II and Prime Minister Tony Blair, at Westminster Abbey in central London on March 27, 2007. Trade in black slaves was banned throughout the British empire by the 1807 law, imposing a fine of £100 for any slave found on any British boat. Slavery was completely outlawed in British colonies in 1833. AFP PHOTO/ REUTERS/Stephen Hird/Pool (Photo credit should read STEPHEN HIRD/AFP via Getty Images)” 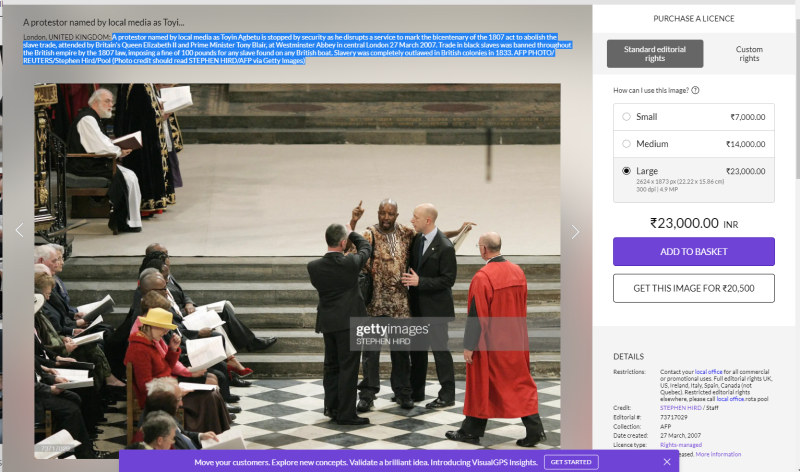 The Guardian also reported the incident in 2007. According to the report, ‘Toyin Agbetu made headlines in March (2007) when he interrupted the Westminster Abbey service to mark the bicentenary of the abolition of the slave trade and demanded that the Queen make a public apology.”