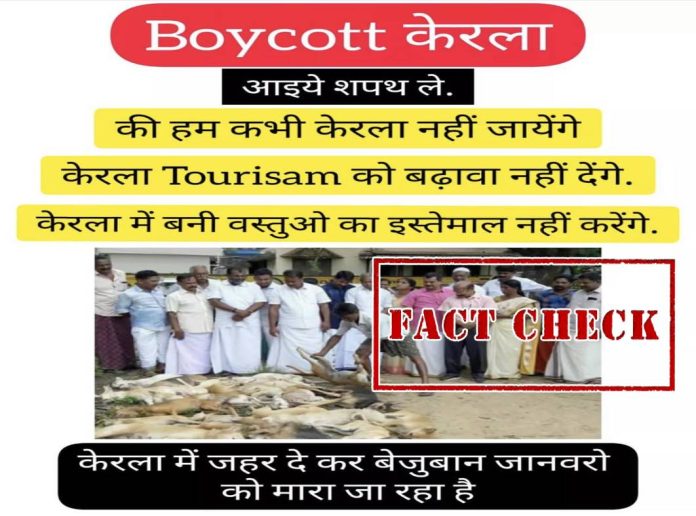 A police probe was launched in Kottayam’s Moolakkulam in Kerala on September 13, 2022, after the carcass of several stray dogs were found. The dogs were suspected of having been poisoned. 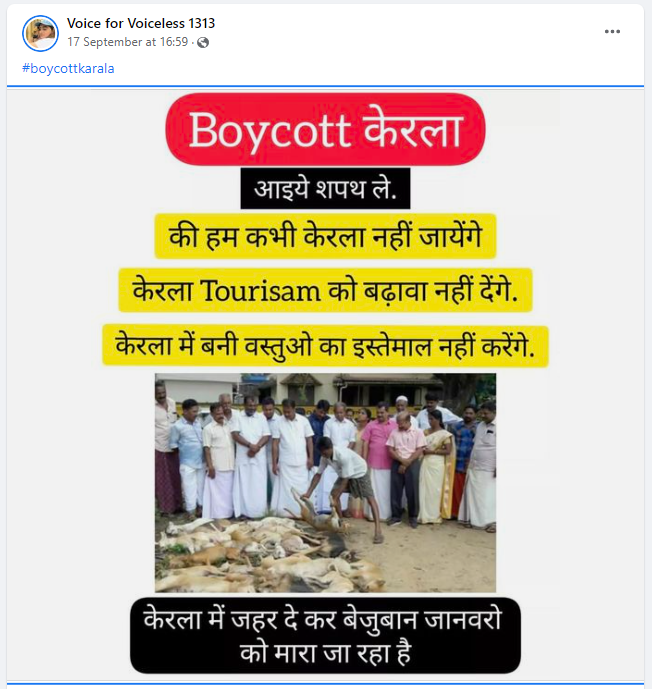 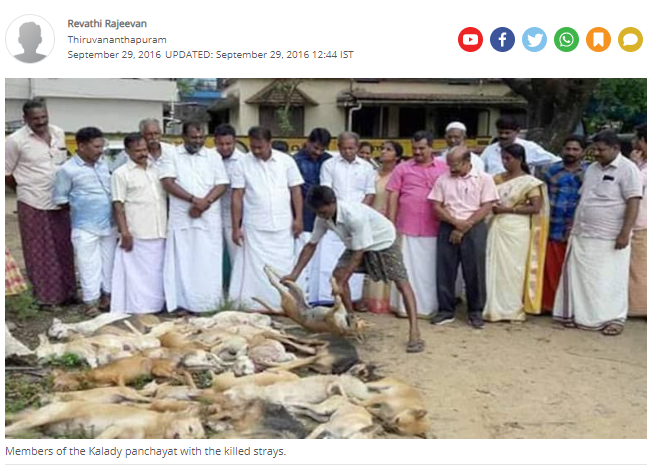 To our surprise, the same image had been published by Hindustan Times on October 31, 2016, with a caption: “Vigilantes at a police station with bodies of stray dogs they have killed. (HT Photo)” 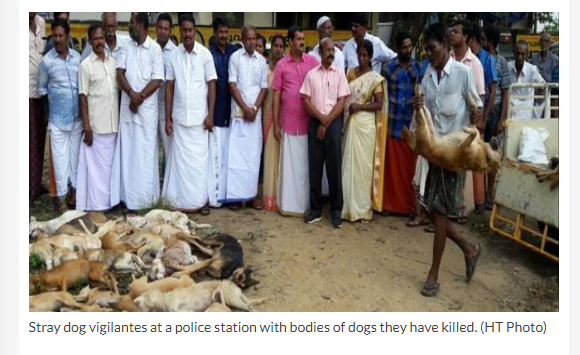